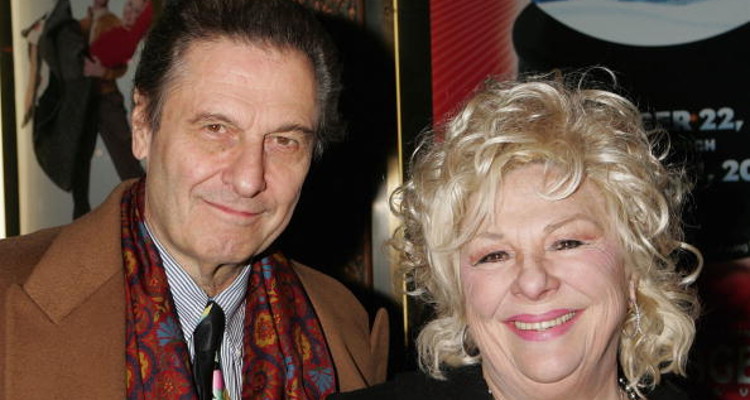 Veteran actor Joseph Bologna, who passed away yesterday morning, will join the list of lost Hollywood legends. His hit movie, My Favorite Year recently celebrated its 35th anniversary. As Hollywood and the world said their last goodbyes to King Kaiser, we can’t but feel a dire loss. For everyone who knew him, or those who want to know more about his life, here is our Joseph Bologna wiki.

Joe Bologna’s cause of death was pancreatic cancer. He died in California at the City of Hope Hospital on Sunday morning (August 13, 2017) at the age of 82. Bologna’s passing was described as a “beautiful” one after an equally “beautiful life.” So, as a last tribute to the actor, here is everything you need to know about Joe Bologna’s net worth, kids, wife, and more.

Loyalty Before the Silver Screen

Joseph J. Bologna was born on December 30, 1934, in Brooklyn New York. His schooling days had him dreaming of being on stage someday, and the seeds of acting were sown early and deep. After his high school graduation, Bologna joined Brown University, where he took a step ahead towards his goals. But like most people at the time, after graduating from Brown with a degree in Arts History, Bologna went into service with the Marines. He was there for a decade, after which he was relieved, thus beginning Joe Bologna’s acting story.

He met his wife, Renée Taylor, when he was introduced to her by his manager, Buddy Allen, who also represented Taylor. Though we don’t know much about their relationship, we do know that they couldn’t have gotten married long after, as they tied the knot in 1965. Bologna and Taylor wrote a lot of shows together and performed together, as well. The couple celebrated their 52nd anniversary just three days before Bologna’s death.

Bologna was considered equal to comedy, and everything he wrote showed the lighter side of things. After his service, he started producing TV commercials in Manhattan. His love for movie making pushed him to direct short films and come up with comedy scripts and stories. In 1970, Bologna and Taylor pushed ahead when they co-wrote Lovers and Other Strangers, which became a huge hit. The film was a comic portrayal of the real-life situations they faced while planning their wedding, including bringing together two differently cultured families. They even went on make Made for Each Other in 1971, which put the husband and wife on the map.

Joe Bologna was seen in many other TV projects as well as movie screens, but in 1982, one movie caught the attention of audiences: My Favorite Year. Though the film was not written by Bologna or Taylor, he was cast in it to play the character of King Kaiser. Bologna was the perfect choice, and the movie was a blockbuster hit. After the success of My Favorite Year, Bologna took on more TV and film roles, and some of his noteworthy performances were in Blame it on Rio, The Woman in Red, Murder She Wrote, and Rags to Riches. He also lent his voice to Ice Age: The Meltdown and Superman, the animated series.

Bologna and Taylor have a son named Gabriel Niccolo Bologna, and a daughter Zizi. Gabriel followed in his parents’ footsteps by joining them in their movie making ventures. He was born on April 1, 1969, making his age 48. He was married to actress Athena Ashburn, but split from her in 2001. They have one child together. Though not much is known about Zizi, she worked in the music department of Bologna and Taylor’s upcoming film, Tango Shalom, which was directed by Gabriel.

Though the exact amount of Bologna’s net worth is not calculated, we do know that he was a very reputed actor and writer in the history of Hollywood. Most of his ventures, be it on TV or movies, were made with his wife, Renée Taylor, whose net worth is estimated to be approximately $3.0 million. So as far as money goes, the Bologna’s had nothing to worry about.