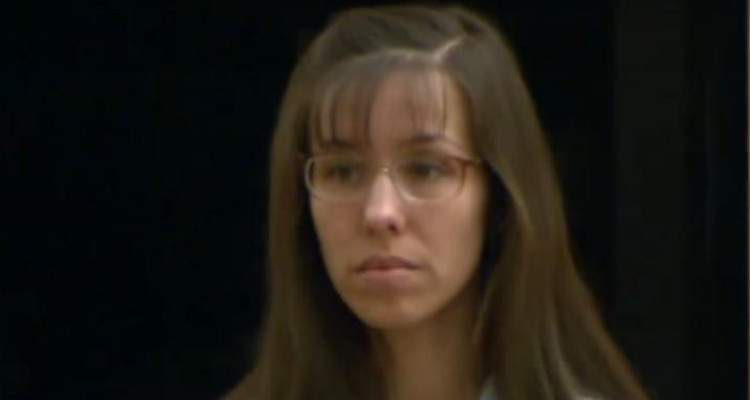 Investigation Discovery revisited the case of Jodi Arias (who murdered her ex-boyfriend, Travis Alexander) with Jodi Arias: An American Murder Mystery. The show made viewers curious about Travis Alexander’s murder and Jodi Arias’ ex-boyfriend, Darryl Brewer. If you want to know more about him and his relationship with the convicted murderer, then keep reading.

Jodi Arias’ verdict sent her to life in prison without the chance of parole for the murder of her ex-boyfriend, Travis Alexander. Before dating the victim, she was in a relationship with Darryl Brewer, who was surprised about the allegations against his ex-girlfriend. He spoke in her defense, saying that he did not believe she could have been the one to murder Alexander.

At the time of his testimony, Darryl Brewer’s age was 52. He was living in California with his son, Jack, who at the time was 14 years old. Brewer was divorced and shared custody of his son with his ex-wife.

On the tenth day of the trial, Brewer took the stand to detail his relationship with Arias. He reportedly said that they met in 2001 at luxury resort Ventana Big Sur, where they both worked. They started spending time together and eventually started dating. At one point, Arias lived with Brewer and his son. However, due to differences in their relationship, they decided to break up in 2006 but remained friends.

Brewer added that he was not aware of Arias’ relationship with Alexander. However, he testified that in May 2008, just a few weeks before Alexander was bludgeoned to death, Arias contacted him to ask for gas cans for her trip to Mesa, Arizona, where the victim lived. Brewer explained that Arias called him the day after Travis’ death and sounded disturbed.

"This is my MUGSHOT after stabbing my ex " boyfriend" 29x and nearly decapitating him….then shooting him in the face, leaving him naked in the shower floor, and heading out to see another guy. As you can see, I'm very remorseful. I am now asking the jury for leniency/life in prison as opposed to death because I'm a good artist and can donate my hair to Locks of Love". #jodiariastrial #juanmartinez #justicefortravis #travisalexander #murderone #deathpenalty #hln #trial

In an interview, he revealed that, at the time of the trial, he wanted to tell the jury how caring and different Arias was when they started dating. He claims that Arias dramatically changed after meeting Alexander saying, “I needed to tell the jury there was a whole other life to Jodi Arias… It wasn’t until the spring of 2006 that this girl started to change… It’s important that they know.”

During the trial, he reportedly also said that he believes she should not be sentenced to death for the murder and thinks life in prison would be a suitable punishment. He said, “No one can condone this heinous crime [but] I don’t believe in state killing, Jodi needs some help and she should not be let back into society.”

After Jodi Arias’ guilty verdict was delivered, Brewer revealed, “I saw that change she’s unrecognizable to me now as to the Jodi she used to be, she never talked like that, she never lied and had that disrespect, she was not manipulative, she was not evil.”

Jury is in deliberation. Can't wait for the verdict! Anticipation is killing me! #jodiarias #verdict #jodiariastrial

Travis Alexander’s body was found on June 9, 2008, in his Meza, Arizona home. He had a gunshot wound to his head, a slit throat, and multiple stab wounds. In 2014, Jodi Arias was sentenced to life in prison without parole.

With Investigation Discovery’s three-part series, former Siskiyou County detective Nathan Mendes (who arrested Arias 10 years ago) recently said, “I think people should realize the whole thing is a travesty. As sad as it is, everybody focused on Jodi. Books are named Jodi Arias, shows have the name Jodi Arias. Taglines are Jodi Arias. It’s almost like we forgot Travis even existed in all of this. It became such a circus about Jodi.”

He further added, “And she shouldn’t be the headliner here. And hopefully, some people will get to see that other side and realize Travis was the victim here. Jodi made that decision, but we shouldn’t have ever highlighted her. Books and shows should be based on Travis Alexander, not Jodi Arias… I think Travis and his family deserve that.”