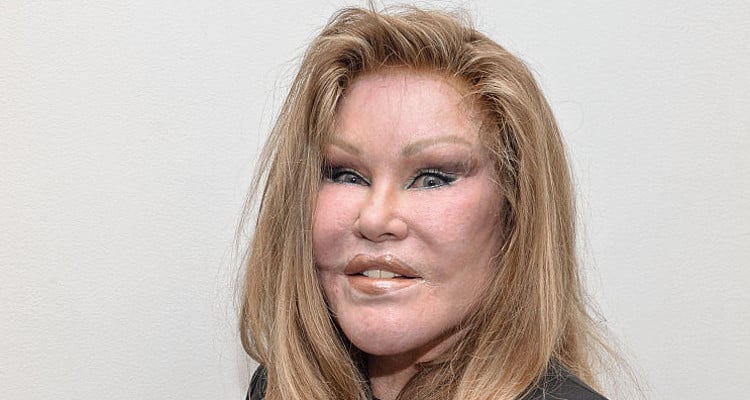 Jocelyn Dayannys da Silva Bezerra Wildenstein was born on August 5, 1940 in Lausanne, Switzerland. Her father worked at a sporting goods store, and not much is known about her childhood or family.

Growing up, her father struggled to make ends meet. But at the age of 17, Wildenstein’s life changed when she met and started dating Swiss movie producer, Cyril Piguet. Two years into their relationship, the couple moved to Paris. In an interview, Wildenstein revealed, “My life changed then.” She further added, “Lausanne is very plain, but I began meeting exciting, glamorous people.”

For a brief period, Wildenstein lived in Paris with Italian-French filmmaker named Sergio Gobbi. It was in Paris that she learned to hunt and pilot aircrafts. In 1977, she was introduced to her future husband, Alec Wildenstein. He first noticed her at his family’s 66,000-acre Kenyan ranch, Ol Jogi. She was invited there by Saudi arms dealer, Adnan Khashoggi for a hunting weekend in the Wildenstein ranch. At that time, Jocelyn was 32 and spent the first day of the weekend hunting lions with Alec. The next day, they went for a motorcycle ride and love seemed to blossom between the two of them. In an interview, she revealed that they had their first kiss on his motorcycle at the top of a hill.

When she returned to Paris, Alec sent Jocelyn white orchids and, after their fourth date, told her that she would be his wife. So, there was no proposal, but the next year, Jocelyn and Alec got married in Las Vegas and later moved to a Manhattan town house.

A source close to the couple revealed that they were quiet and Alec spoiled his wife with expensive gifts when they were newlyweds. The couple have two children together: a daughter, Diane, and a son, Alec Jr. However, their blissful marriage turned sour and Jocelyn claimed that it was because of Alec became depressed over his father’s control of the family business.

According to sources, their marriage broke down as Alec spoke about seeing other women. Jocelyn knew things were coming to an end for them, after Alec seemed to be in love with a model, who later became his girlfriend. But things got real ugly when Jocelyn walked in on Alec in their bed with a 19-year-old Russian model, and he threatened her with a gun resulting in him spending a night in the slammer.

Their divorce definitely was not amicable. During the divorce proceedings in 1999, the judge stated that Jocelyn could not use any of her alimony for cosmetic surgeries. She received $2.5 billion in the divorce settlement and $100.0 million for 13 years, after the divorce. Alec Wildenstein passed away in 2008 at the age of 67 from prostate cancer.

According to her ex-husband, she wanted a more catlike look because she liked big cats. Although people say her face has an unnatural appearance, Wildenstein seems to love the way she looks! Talking about her face, Wildenstein said she is “ecstatic with her work. She feels beautiful. She looks in the mirror and she loves what she sees. She got exactly what she wanted.” In 2009, it was reported that Wildenstein underwent several face lifts, eye reconstruction surgery, and collagen injections to her cheeks, chin, and lips. According to reports, Jocelyn has maintained that she has never had her nose done.

French designer Lloyd Klein and Jocelyn Wildenstein started dating in early 2000. The 71-year-old socialite has been dating her boyfriend for 14 years now. After Wildenstein’s divorce, she was single for four years. Somebody approached her to walk the runway at a New York fashion show, which is where she met Klein. He was smitten by her the second he saw her, but Wildenstein took her time before agreeing to go on a date with him. The 50-year-old recently proposed to his girlfriend by presenting a 32-carat diamond ring worth millions. It is said that he proposed at the Versace mansion in Miami.

However, it seemed to many that their romance ended last December, when Wildensten was charged with assaulting Klein in December 2016. It began when Jocelyn was sent into a “violent rage” at their apartment in the Trump World Tower on 1st Avenue and East 47th Street in Manhattan. It was reported that she clawed him in the face with her sharp, manicured nails, and even slashed him with scissors in the chest! According to sources, Klein fought back by shoving Jocelyn into a walk-in closet before she could do any more damage. Police arrived to the scene and arrested her on felony assault charges. But it looks like they worked through their problems, and the charges were dropped. Klein proposed soon after the air cleared and said, “It was romantic, dramatic and wonderful. I showed Jocelyn the ring and she said ‘yes!’ —she was in heaven.” While the exact amount of the ring is not known, it is likely very expensive as Wildenstein only wears it on special occasions.

Wildenstein’s net worth is estimated to be $500.0 million. Most of her money is reportedly because of her highly publicized divorce and settlement.