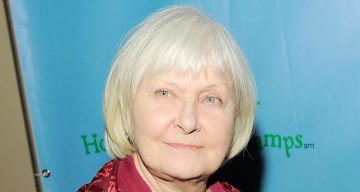 There’s no doubt that in her heyday, Joanne Gignilliat Trimmier Woodward—more commonly known as Joanne Woodward—was a legendary film, TV, and stage actress. Her career took off in the late 1950s with her breakout award-winning role in the critically acclaimed psychological thriller The Three Faces of Eve (1957). It was also around that time when her illicit love affair with Paul Newman, who was married with three kids at the time, began. Since then, Joanne Woodward would go on to star in countless made-for-TV movies, theatrical productions, TV series, and Hollywood movies. In fact, Joanne Woodward and Paul Newman even starred in 10 feature films together throughout the course of their respective careers and their 50-year union. During that time, they were constantly seen together attending social events, movie premiers, and even hosting charity events. Since Paul’s death in 2008, though, Joanne Woodward has been noticeably absent from the spotlight, leaving many devoted fans to wonder what happened to her. Where is Joanne Woodward today? Is Joanne Woodward still alive? We’ve got all the answers you need, right here.

A Love Story of the Ages

Paul Newman and Joanne Woodward first crossed paths in New York City when they were both still relatively unknown young actors understudying for the lead male and female roles in a play called Picnic. By most accounts, it was love at first sight for him, but not for her. As the story goes, he tried his hardest to get her attention and persuade her to spend time with him, but alas, his efforts proved fruitless as she admittedly thought he was just a pretty face in the beginning. It wasn’t until a few years later when they were both cast opposite each other for the 1957 film The Long Hot Summer that they reconnected and their love affair commenced. The problem was that he was still married to his first wife, Jackie Witte, at the time and they had three kids together. This is a fact that many people these days seem to easily overlook when talking about this famous romance from Hollywood’s Golden Age because of the sheer longevity of Paul and Joanne’s marriage, not to mention how lovingly they always spoke of one another. They were married shortly after his divorce in 1958 and stayed together until his death. It’s not surprising that when Paul succumbed to lung cancer in 2008 at the age of 83, Joanne’s whole world pretty much came crumbling down.

The Beginning of the End

Shortly after Paul’s death, Joanne Woodward was diagnosed with Alzheimer’s disease. Ironically, she played a character in the 1985 made-for-TV dramatic movie, Do You Remember Love? who was also greatly afflicted by the degenerative disease. It seems like the film itself tragically foreshadowed Woodward’s real-life health decline over 20 years after it aired. Her disease has progressed to the point where she now lives mostly as a recluse and has canceled many public appearances due to her failing health. As a stark contrast to her previous life with Paul Newman, Woodward rarely makes any public appearances, if at all. She’s currently under the constant care of her and Paul’s second daughter, Melissa Newman, 55. It’s been reported that her condition is worsening over time and she doesn’t seem to recognize any of her children or relatives. Sadly, her memories of Paul have also greatly diminished. Although, she sometimes forgets that he’s passed away and is heard speaking to him, perhaps reliving a memory they shared together.

According to sources, as of 2017, at the age of 87, Joanne Woodward’s net worth is approximately $50.0 million. It’s unknown how that money will be delineated after her passing as that information is contained only in her will, which is under strict lock and key. Before his passing, Paul stated in his will that he would leave each of his children about $5.0 million and he wanted the rest of the money to go to various charities.

Unfortunately, according to other wikis about Joanne Woodward, there have been rumours of impending legal battles over the delineation of the money between Paul’s 2 daughters from his first marriage and his three daughters from his second marriage. To date, these rumours haven’t been substantiated with any evidence.