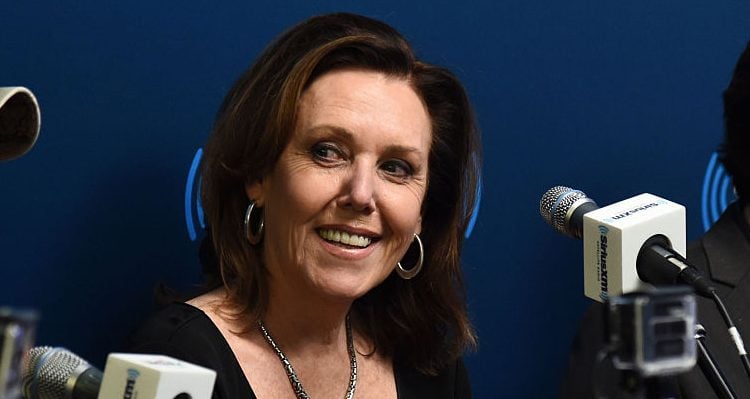 Joan Walsh became passionate about social issues and politics from an early age and became a journalist after completing her college education. Walsh worked for various publications and built up her expertise on her favorite subjects and became adept at bringing sharp, well thought-out, and knowledgeable analysis to her readers. She spent almost 12 years at MSNBC as a political contributor before the network declined to extend her contract. Within a day, Walsh was signed on by rival network CNN, proving to everybody that Joan Walsh’s voice and opinions still mattered. Here are a few details from Joan Walsh’s wiki.

Joan Walsh’s MSNBC dismissal led to an uproar on social media, but the network remained firm in letting her go. A regular contributor to MSNBC for over 12 years, Joan Walsh confirmed early on Saturday, December 23, 2017, via Twitter, that she’d been informed on Friday, December 22, by MSNBC, that they would not renew her contract.

In her association with the network, Walsh was under contract as a contributor for six years. So, why was Joan Walsh fired?

MSNBC informed outside parties of Walsh’s dismissal and said, “Every year we renew our paid contributor’s list across the ideological spectrum. Unfortunately, we couldn’t renew Joan, but she and her distinct perspective will still be invited in our shows.”

Several big names in MSNBC like Joy Reid and Chris Hayes protested Walsh’s removal but to no avail. Walsh’s supporters came to her defense using the hashtag, #KeepJoanWalsh, but the network showed no sign of relenting.

However, MSNBC’s loss became CNN’s gain. Walsh broke the happy news that she was joining CNN in 2018 also via Twitter.

Who Is Joan Walsh?

Born on September 18, 1958, in New York City, New York, Joan Walsh’s age is 59. Walsh has a brother who is a year younger than her, as well as a sister who is six years her junior. She grew up on Long Island and was one of 13 kids and cousins who all went to the same Catholic grade school in a very communal way.

This may be all you see of me on the Hardball set if they keep hectoring her. So hi!

Walsh was brought up in a very religious environment, which made her a life-long believer in God. She has often said that she had a very happy childhood while growing up.

A Passion for Social Issues

Walsh started her career writing about “welfare policy” while living in Oakland but later moved to Santa Barbara, where she started writing for the Santa Barbara News Revue. She then moved to Chicago, Illinois, where she joined the publication, These Times, and became their California Bureau.

Both jobs paid very little, so when the opportunity came, Walsh became a consultant for the California State Assembly Human Services Committee, which oversaw welfare, foster care, and child care policy. After gaining valuable experience, Walsh opened her own consulting outfit called Foundations and started writing about issues like community development, education, and poverty issues for almost a decade.

In 1998, Walsh started writing for an online magazine called Salon and later started appearing on TV.

Every generation of Salon under one roof. Happy night.

Also Read: Fox News’ Lea Gabrielle: Everything You Need to Know about the “Foxy” Journalist

An Achiever with Progressive Views

Walsh is very well known for her progressive views and her incisive analysis of gender and race issues in politics and culture. She is also a writer of books, and in 2012 she released her book titled What’s the Matter with White People? Finding Our Way in the Next America.

The journalist isn’t only about work but cares deeply for her family and relatives. She has a daughter named Nora Walsh and is eager to become a grandmother but admits that this puts a lot of pressure on her daughter, who ultimately has the final choice in the matter.

Right now, Walsh is happy to be joining CNN and communicated to all her well-wishers and fans by writing in her Twitter post, “I am overwhelmed by the support I’ve received today from all of you. And I’m thrilled to tell you I’ll be heading to @CNN in the new year. Thanks to everyone who made this happen. A Christmas miracle.”

So, her viewers and readers need not be upset because Joan Walsh will continue to enlighten us with the sharp intellect and political acumen that she has come to be known for.

Sadie is tired after a long Day of Action with Wisconsin Dems and @nora_wd!