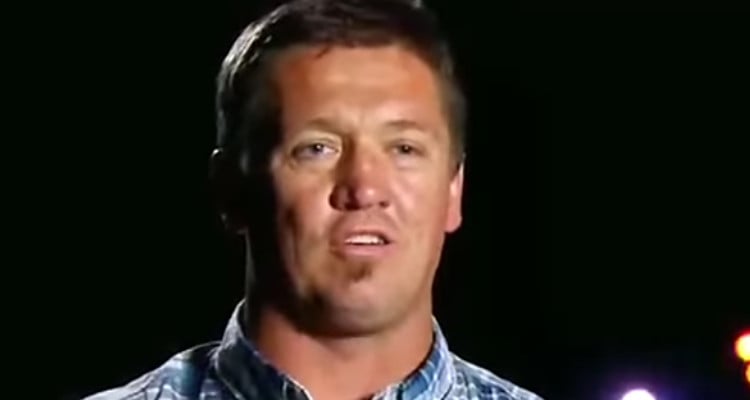 When JJ Da Boss takes charge, you can expect one hell of a race! There was no better way to cap off Season 9 of Street Outlaws than with a no-holds-barred race put together by JJ Da Boss.

Who is JJ Da Boss, you ask? He’s the street racing legend on Street Outlaws in Memphis! The Discovery Channel show on street racing just aired its Season 9 finale and it was epic, thanks to Da Boss. Not only did no-prep racing champ, Birdman race for the grand prize, Precious Cooper also made her Street Outlaw debut. She was out to prove that when it comes to racing, women can be just as much of a competition to men. JJ Da Boss was all the more glad to give the mega cash prize to his teammate. Here’s more about this Street Outlaws legend from Memphis, including his real name, in our JJ Da Boss wiki.

#1. An Outlaw from the Start

Jonathan Day, who would later gain popularity as JJ Da Boss, was born in St. Joseph Hospital, Memphis in August, 1973. That makes him 43 years old now. He grew up in a small town in Arkansas called Joiner and graduated from Rivercrest High School in 1992.

According to his Street Outlaws bio, Day was “Always country, poor and happy. He was an only child of a pentecostal mother.” Growing up on the streets, he hustled money using less than savory means. He would gamble for extra cash at a young age.

Since childhood, JJ had a strong passion for muscle cars. By the time he was 10, he was driving and racing on dirt and gravel roads across Mississippi County. He came from a family of roofers, so he took up the family business, and spend all that money to fix old cars.

Eventually, he was trading, buying, and selling old cars. One of his first race cars was a ’66 Chevy II Nova. He modified it by getting a 402 big block engine out of an old Bob truck and installing it in his car.

Many times, he didn’t have the money to compete on race tracks or for car parts. So, he would take part in street races where he could win with his smarts and sometimes sneaky tricks. The slickster became famous for setting off on the count of 2 instead of 3.

#3. He Spent Time in Prison

Hustling, gambling, and street-racing since he was a kid made JJ Da Boss your everyday outlaw. He made some questionable choices and decisions that landed him in federal prison for eight years and one month. The reason for his conviction is not specified.

Going to prison changed Day for the better. He calls it a learning process that made him appreciate and respect life and everyone in it. After his release, he made a plan to do what he loved —buying old cars, fixing them, and selling them. He’s come a long way, as he now owns his own car lot and is able to finance his own races. He owns several cars, including Heifer, Puddle Jumper, and Ole Heavy. Though he earned a huge fan following thanks to the Discovery Channel show, his net worth hasn’t been calculated.

Day likes to do the unthinkable. That’s where Precious Cooper and Midget come in. JJ Da Boss is so feared on the streets of Memphis that not many were willing to go up against him —which is not a good thing when you’re dying for the thrill of racing.

To get people to race, he would strike a nerve by telling other racers a girl would outrun them on the street. He’d get a lot of bets and made a lot of money with Midget and Precious. He taught them his tricks and witty tactics, which made the girls the racers they are today.

Da Boss and his wife, Tricia Day, have been together for years. It’s not known when and how they met but their marriage is solid. Day has 11 kids (yes, you read that right, 11) and five grandchildren.