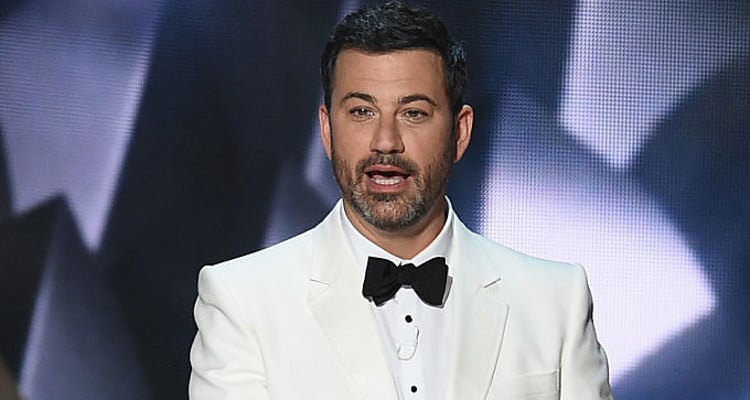 The late-night talk show host Jimmy Kimmel’s net worth is estimated to be around $35.0 million. In recent years, Jimmy has accumulated a lot of wealth by hosting several award functions. So, just how much money does Jimmy Kimmel make each year? To find out detailed information about that and more, keep on reading.

Recently, American talk show host, Jimmy Kimmel was in the limelight for rumors that he is considering to retire from the talk show, Jimmy Kimmel Live!. However, Jimmy has cleared the air and said he has no plans of retiring from the show, at least not until 2020.

Jimmy said, “I don’t know, it’s something that got, you know how it is… you say one little thing and then it gets blown up. I guess I should be flattered that people care. Most of my staff cares. Well, yeah, I don’t know what America would do without me.”

With no retirement plan and hosting many award shows, Jimmy’s net worth must have certainly reached the sky. Without any further ado, let us get to know how rich is Jimmy Kimmel in 2017.

James Christian Kimmel a.k.a. Jimmy was born on November 13, 1967 in Brooklyn, New York. Jimmy grew up in Mill Basin. His mother, Joan is a homemaker whereas his father, James John Kimmel is an IBM executive. Jimmy’s mother is of Italian ancestry and as a child Jimmy served as an altar boy. Jimmy has two younger siblings. Jimmy’s younger brother Jonathan Kimmel is a writer, director and producer.

At the age of nine, Jimmy’s family moved to Las Vegas, Nevada. Jimmy completed his High School graduation from Ed W. Clark High School and later on went to the University of Nevada, Las Vegas for one year and Arizona State University for two years. In the year 2013, Jimmy received an Honorary Degree from UNLV. 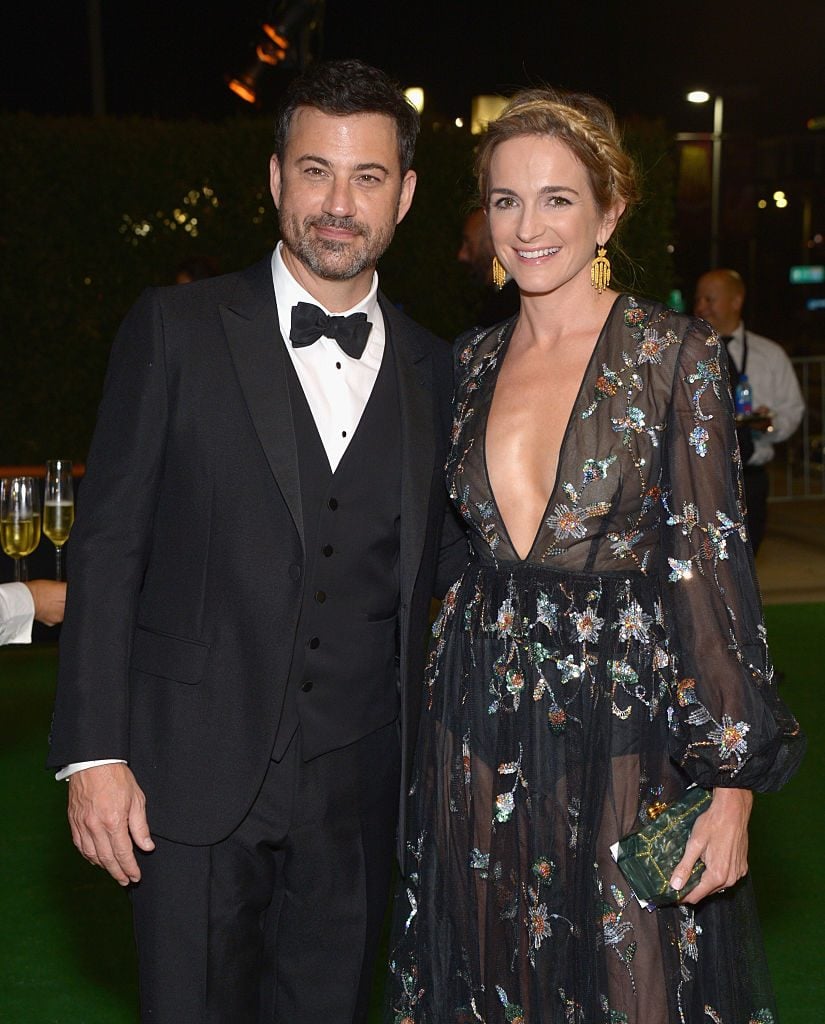 Jimmy was married to his first wife, Gina Maddy in 1988, but they got divorced in 2002. Jimmy and Gina have two children, daughter Katherine and son Kevin. After his divorce, Jimmy was in a relationship with stand-up comedian, Sarah Silverman. Their relationship lasted for nine years, but they decided to part ways in 2009.

In October 2009, he met his second and present wife, Molly McNearey. She is a co-head writer on his talk show Jimmy Kimmel Live! After dating for three years, Jimmy and Molly got engaged in August 2012 and married one year later in 2013. Their first child, daughter Jane, was born on July 10, 2014. Now, Jimmy Kimmel’s wife Molly is pregnant with their second child and Jimmy seems to be very excited about it!

How Rich is Jimmy Kimmel? 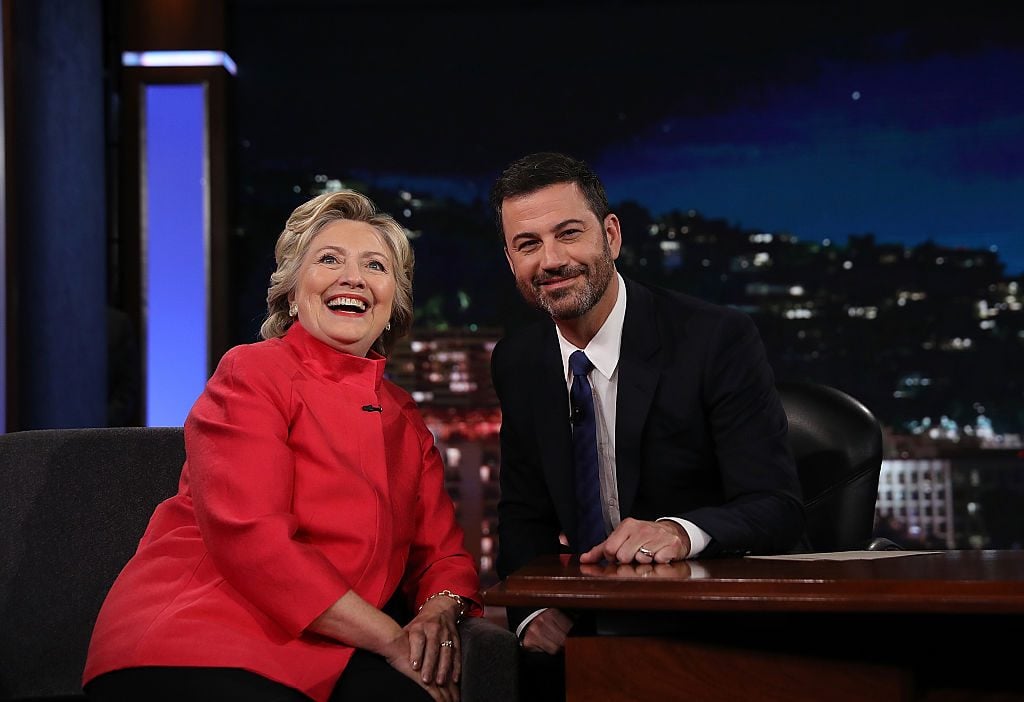 Jimmy’s net worth is estimated to be $35.0 million. Besides being paid for his talk show and hosting award function, Jimmy also earns a lot of money due to endorsements and sponsorship. He makes around $915,033 and his yearly income is estimated to be around $4.0 million.

Jimmy’s Net Worth in Recent Years are: 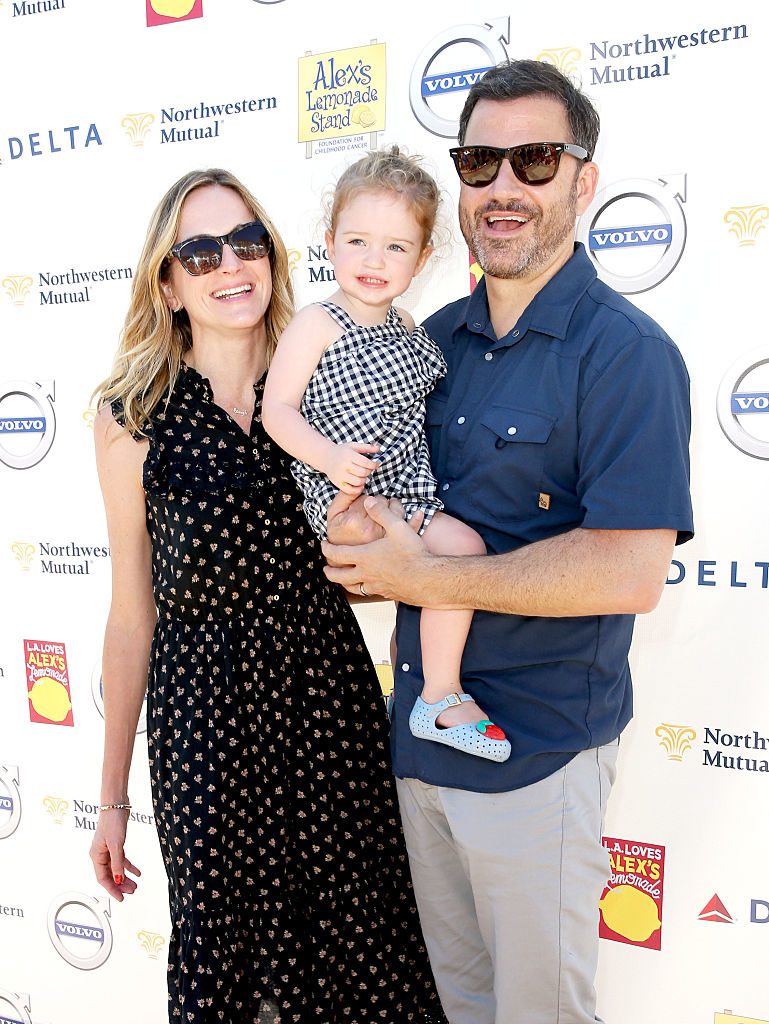 Jimmy started his professional career while he was still in High School. He began working in radio right before he completed his High School education. In fact, Jimmy dropped out of Arizona State University to further pursue his love for radio. Due to his impressive speaking skills, Jimmy was quickly noticed and hired by KROQ-FM situated in Los Angeles. In the late 90s, Jimmy decided to explore the world of television. He became the comic foil to Ben Stein on the Comedy Central game show Win Ben Stein’s Money. He worked in the show from 1997 to 2001.

Jimmy has also co-hosted The Man Show, and co-created and performed on Crank Yankers. In the year 2003, Jimmy started to host his own show, Jimmy Kimmel Live. It is a late-night talk show that airs on ABC. Additionally, Jimmy has also been a guest host on Larry King Live and Live with Regis and Kelly. Jimmy further explored another segment and became a producer. He has produced shows like The Andy Milonakis Show, and the Sports Show with Norm Macdonald.

Recently, there were rumors that Jimmy is planning to retire from the talk show, Jimmy Kimmel Live! However, Jimmy denied the rumors and said, “I’m under contract doing the show at least until 2020, unless something terrible happens, so I plan to be there, but who knows, in three years – three years is a long time. You know, it’s a lot of shows. Yes, I still enjoy doing the show, but that’s 600 shows from now, so we’ll see. Hopefully, I’ll still have a head of steam and I’ll want to keep doing it, but who knows? Maybe not.”

Jimmy’s Career in Other Television Shows and Movies 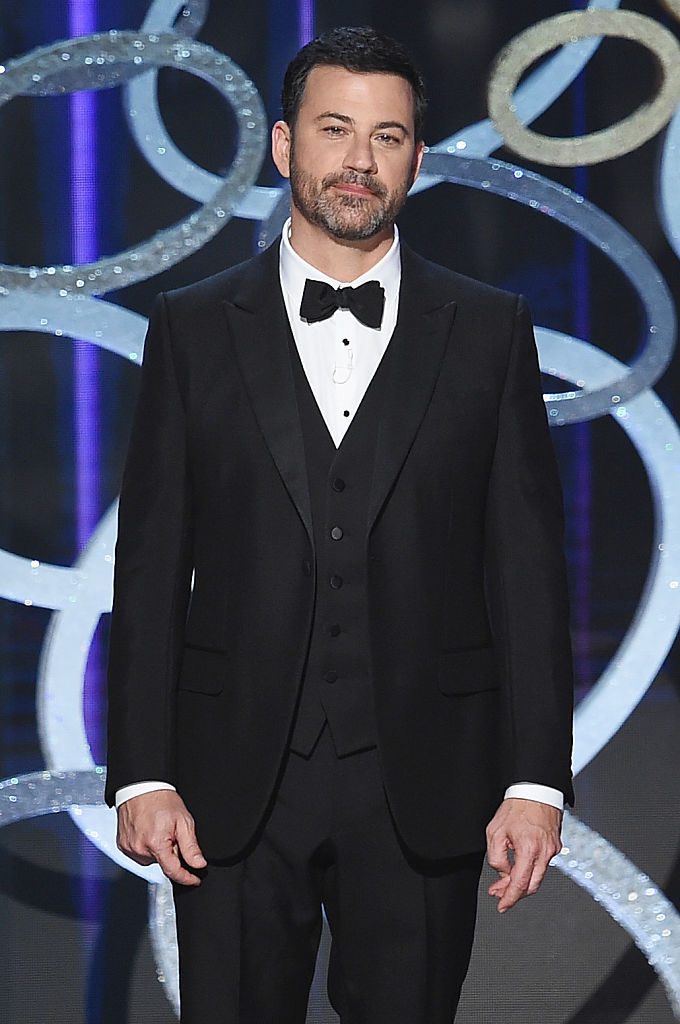 Jimmy has also been a part of several movies such as Road Trip, Like Mike, Windy City Heat, The Aristocrats, Hellboy II: The Golden Army, Project X, Pitch Perfect 2 and Ted 2.

With another Academy Awards Ceremony to host, we are excited to see if this time Jimmy will roast actor Matt Damon! The two have been hilariously going at it lately, and fans are expecting the gloves to come off at some point during the night! The 89th Academy Awards will air this Sunday (February 26, 2017). With one of the most important award functions to host, we wonder if Jimmy’s net worth will get a boost.