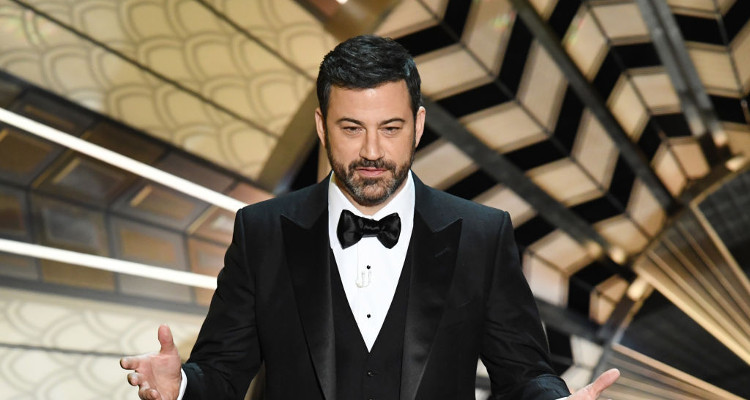 Jimmy Kimmel was emotional as he spoke about the heart disease his new born son, Billy, was born with. Thanks to an attentive nurse and dedicated doctors, Billy was able to get the surgery he needed. Kimmel urged people towards making healthcare affordable for all Americans.

No parent should have to go through what TV host Jimmy Kimmel and his wife, Molly McNearney had to. The couple welcomed a baby boy on April 21, and named him William “Billy” John Kimmel. However, their joy turned into despair when Billy was diagnosed with a heart condition, requiring open heart surgery to save his life. Jimmy Kimmel’s son underwent his first surgery, and will need two more; one in a few months after Billy grows, and the other when he is a teenager. 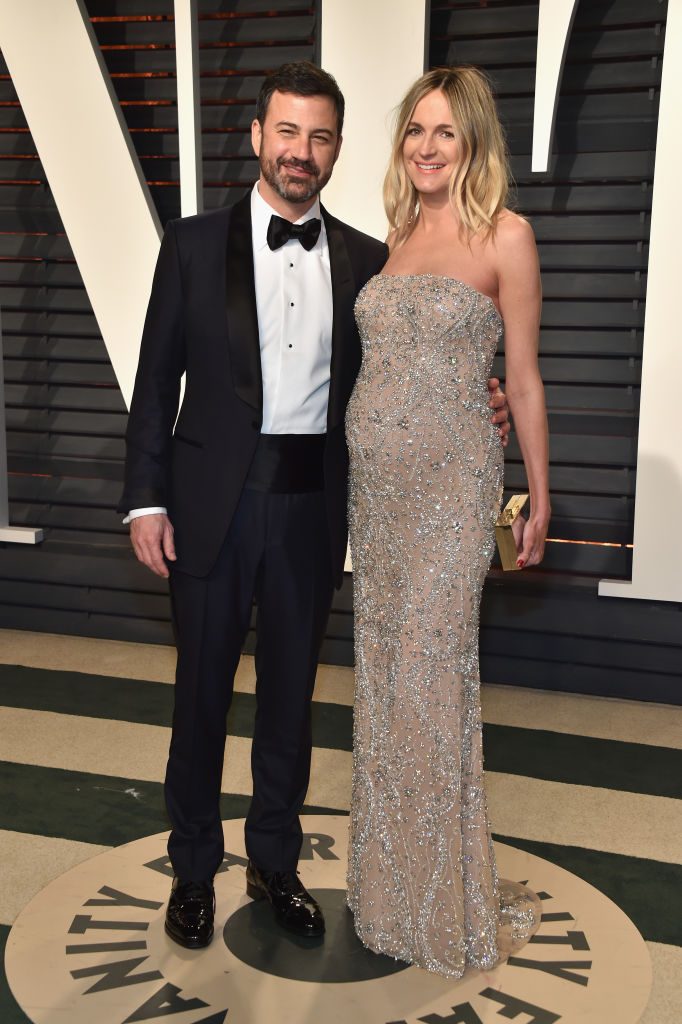 Kimmel talked about his newborn son during his monologue last night (May 1). He teared up as he spoke about the harrowing experience. There was an outpour of support for the couple as people came to know about Billy’s heart disease. Kimmel thanked the doctors and staff of both Cedar-Sinai Hospital (where Billy was born), and the Children’s Hospital Los Angeles, where the life-saving surgery was performed. Kimmel also thanked his staff, family, and friends for their support saying, “We had atheists praying for us. Even that son of a b***h Matt Damon sent flowers.”

What Happened to Jimmy Kimmel?

Jane's first movie in a theater – The Boss Baby – made it all the way and, while the credits rolled, she shouted "let's watch it again!" Two little thumbs up

Billy is the youngest of Jimmy Kimmel’s kids. Kimmel has two children from his first wife, Gina Maddy, whom he divorced in 2002. Jimmy Kimmel’s oldest children are Kevin and Katherine. He also has a daughter named Jane, and now his new born boy Billy, from his second wife. Jimmy Kimmel’s monologue shed fresh light on the financial difficulties parents go through when their children are faced with life threatening illnesses. He said that his experience shows why all Americans need access to healthcare, especially when they are born with preexisting conditions.

About financial care for children Kimmel said, “If your baby is going to die and it doesn’t have to, it shouldn’t matter how much money you make. I think that’s something that whether you’re a Republican or Democrat or something else, we all agree on, right?” He added “No parent should ever have to decide if they can afford to save their child’s life. It just shouldn’t happen. Not here.” He also shared a link for anyone who wants to donate to the Children’s Hospital.

Billy is Back Home

Though Billy is now at home with his parents and older sister, he is not yet out of the woods just yet. He has a congenital heart disease, meaning he has a hole in the wall of the left and right side of his heart. He will require at least two follow-up surgeries before he is fully well. Billy was allowed to go home with his family six days after his first surgery. Jimmy Kimmel and his family are grateful for all the support they have received.