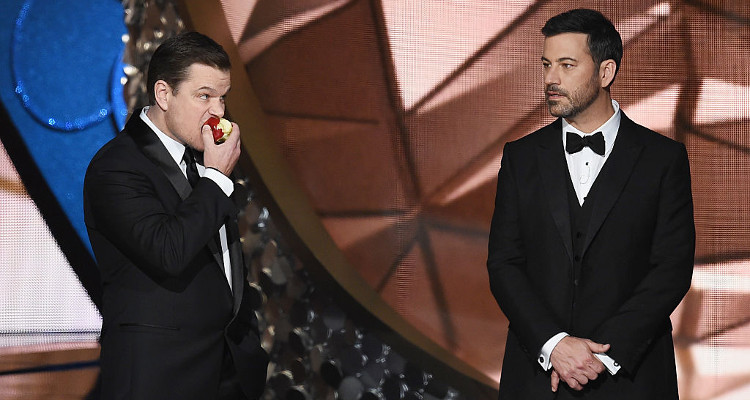 Though the infamous feud between actor Matt Damon and comedian Jimmy Kimmel may be fake, it does not make it less entertaining. Why does Jimmy Kimmel hate Matt Damon? Keep reading for all the details!

For 11 years, Jimmy Kimmel has had an on-going feud with Matt Damon. Are Jimmy Kimmel and Matt Damon friends in real life? Yes, they are good friends! In fact, Damon even attended Kimmel’s wedding in 2013. Their feud, though entertaining, has many people questioning their actual friendship.

The Jimmy Kimmel and Matt Damon feud has been going on for so long, not many people know how it began, or if it’s even real. We will go into the details of why Jimmy Kimmel does not like Matt Damon when the cameras are on. 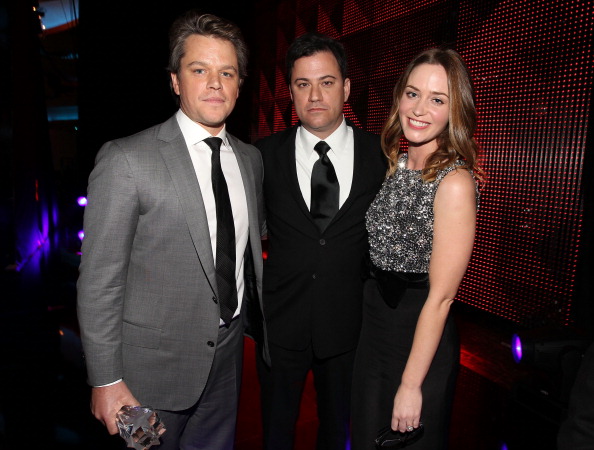 It all started back in 2006, during Jimmy Kimmel Live! After a not-so-stellar episode during the show’s third season, Kimmel ended the show jokingly saying, “Apologies to Matt Damon, we ran out of time.” The line cracked up one of the show’s producers, prompting Kimmel to repeat it every night. In a 2013 interview with NPR, Jimmy Kimmel went on to say, “We had a bad show. … The guests were bad, and I was feeling pretty bad about myself at the end of the program. And I decided to say, for the amusement of one of our producers who was standing next to me … ‘I want to apologize to Matt Damon. We ran out of time.’ … And he got a kick out of it, the producer, so I just started doing it every night to amuse him.”


When asked why The Bourne Identity star’s name was said, Kimmel explained, “Matt Damon was just the first name that popped into my head. I was trying to think of an A-list star, and somebody we absolutely would not bump if he was on the show. … The legs on this bit are unbelievable to me. I mean, people laugh every time I say it. … Repeating the same joke every single night, you’d think eventually people would get tired of it, but they don’t.”

Matt Damon’s Appearance on the Show

After over a year, Matt Damon was finally invited on the show. Jimmy Kimmel’s then-girlfriend, Sarah Silverman, collaborated on a parody song with Damon. Kimmel retaliated in a song of his own featuring Ben Affleck, Robin Williams, Cameron Diaz, Josh Groban, and more. The fake feud continued, with each actor one-upping the other every chance they had.

They took their fake fight to the 2016 Emmy Awards, which Kimmel hosted. Jimmy Kimmel Live! lost the award for Best Variety Talk Series. After the award was presented to Last Week Tonight with John Oliver, Damon walked on stage eating an apple. He went on to say how how unfortunate it was for Kimmel to host the Emmys after his loss, especially when most people would want to go home, curl up and cry. Damon then prompted the audience to applaud the “big loser.”

Jimmy Kimmel and the Oscars

About Matt Damon’s Oscar nomination for Manchester by the Sea, which he produced, Jimmy Kimmel said, “I’m going to do everything I can to make sure that he doesn’t win or doesn’t know that he won. My goal is to keep him off stage.” The 89th Academy Awards will air on February 26 at 8:30 p.m. EST.