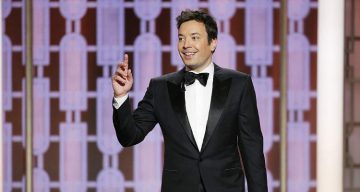 Gloria Fallon, Jimmy Fallon’s mother, passed away on November 4, 2017, at the age of 68. It happened the day after he canceled Friday’s episode to spend time with his mother in the hospital. Keep reading to know more about Gloria Fallon’s cause of death.

Gloria Fallon’s death was confirmed by a family spokesperson in a press statement that read, “Jimmy Fallon’s mother, Gloria, died peacefully on Saturday. Jimmy was at his mother’s bedside, along with her loved ones, when she passed away at NYU Langone Medical Center in NYC. Our prayers go out to Jimmy and his family as they go through this tough time.”

But, how did Jimmy Fallon’s mother die? Keep reading to find out more.

What Did Gloria Fallon Die Of?

According to sources, Gloria Fallon was hospitalized as she suffering from a brief illness. Nothing else regarding her cause of death or memorial services has been disclosed as of yet.

NBC canceled the November 3rd taping of The Tonight Show Starring Jimmy Fallon as a result of Gloria Fallon’s hospitalization. The network aired a rerun instead.

Jimmy Fallon shared a healthy and loving relationship with his mother. Back in May, he shared a funny incident and said, “My mom and I were talking on the phone for the third time that day and she actually said, ‘We don’t talk enough.’”

In an interview with New York magazine, Fallon also spoke about her by saying, “My mom was like a total square; she wasn’t allowed to leave her stoop in Brooklyn. She was a nun for about a month, but then she was like, ‘You know what? I didn’t get the calling!’ Ha!”

NBC also had to cancel this week’s airing of The Tonight Show Starring Jimmy Fallon.

An NBC spokesperson told ABC News in a statement, “On behalf of everyone at NBC, we extend our deepest condolences to Jimmy and all his family at this time of enormous loss. Our hearts go out to Jimmy and everyone else whose lives were so touched by Gloria Fallon’s love, kindness and support.”

We can’t even imagine what Jimmy Fallon is going through right now. Fallon always spoke well about his mother and had expressed fond memories of his childhood. And, he revealed to Today that his very first word was “mama” when his book, Everything Is Mama, was released.

Jimmy Fallon’s bond with his was evident to everyone who watched The Tonight Show Starring Jimmy Fallon. We wish him strength in this difficult time.