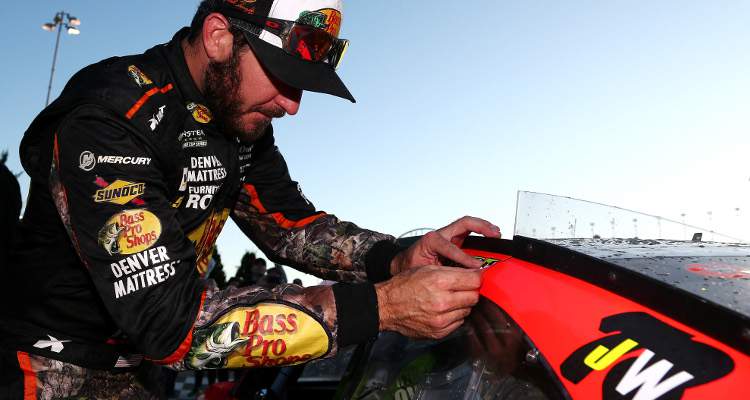 The Furniture Row Racing family is mourning the loss of one of their dearest members, Jim Watson. The Martin Truex Jr. team member passed away on Saturday. Find out more about what happened to NASCAR’s Jim Watson, whose presence will be dearly missed.

Jim Watson was Martin Truex Jr.’s crew member and part of the Furniture Row Racing family. The 55-year-old passed away on October 21, 2017, and left a racing legacy behind. How did Jim Watson die?

The Greenfield, Wisconsin resident worked on many NASCAR road crews, and suffered a heart attack when he was at a go-kart track on Saturday. Watson was a dirt late-model racer and racing was his life.

James “Jim” Watson worked with Roush Fenway Racing from 2006-2015, and spent a season with HScott Motorsports before joining Furniture Row Racing in February 2017. He was integral to Martin Truex Jr.’s crew and Sunday’s race proved very tough for them.

He also raced on asphalt with super late models and was a well-known face in southern Wisconsin. Jim Watson’s death was confirmed on social media, before an official statement was released by Furniture Row Racing president Joe Garone:

“On behalf of Furniture Row Racing we extend our deepest sympathies to Jim’s family. He was an outstanding and talented member of our racing family, whose life was dedicated to racing since his early days as a race-car driver in Wisconsin. Our thoughts and prayers go out to Jim’s wife Laurie, daughter Brittany and to his entire family and friends. Our No. 77 and 78 teams will be racing with heavy hearts today.”

Truex dedicated Sunday’s Kansas Speedway race and win to his crew member with a decal of Watson’s first and last initials on the C-post.

Securing the Hollywood Casino 400 on Sunday was Truex’s seventh cup in the season. But the win was not easy. In the 36th lap, Truex fell below the white line on the apron just in time to reach the finish line. After serving a penalty pass-through, he was in the lead and won over Kurt Bush by 2.284 seconds, setting the record of becoming the first driver to win both Kansas races.

After his win, Truex said that he was, “Just really proud of them. Definitely racing with heavy hearts today with losing Jim last night. Want to send our condolences to his family and all of his friends. He was a heck of a guy and a great worker and put a lot of speed in these Furniture Row Toyotas, so glad we could get him one here.”