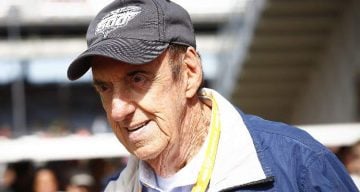 Jim Nabors, who was known to play the beloved bumbling bumpkin, Gomer Pyle passed away yesterday (November 30). Even after Jim Nabors’ death, the iconic actor would always be remembered for the work he left behind. At the time of his death, his net worth was estimated at $15.0 million.

Scores of fans mourn the death of Jim Nabors, the legendary actor who brought the simpleminded U.S. Marine Private, Gomer Pyle to life. His rich baritone made his music popular, even today. Much of his fame and riches came from his knack for entertainment in the various shows he did. It’s no surprise that his net worth is estimated at $15.0 million. Find out about his rise to fame and Jim Nabors’ net worth, right here.

The youngest and only boy out of three children, this Alabama native had known only the rural farm life for most of his childhood. His childhood experience helped him frame the character of Gomer Pyle first on The Andy Griffith Show and then in the spin-off, Gomer Pyle USMC.

Money was always short in the Nabors household. As a young child, he had asthma, which came in the way of playing sports in school. So instead, he turned to performing arts. He joined the glee club in high school and the church choir and took to playing the clarinet.

While attending the University of Alabama, he realized his acting talent through skits. His stage debut was a Greek skit show as a member of the Delta Tau Delta fraternity.

But he had inhibitions about whether he could make acting his profession. “I was from a small town and, God knows, I was no leading man,” he said. “You know how Hollywood was back then—everybody was a ‘hero.’ The only thing I could possibly think of was I could have been a character actor in a Western or something. I never had any thoughts of going into the business,” he added.

He did make it as an actor and a very successful one, at that! At the time of his death, his net worth is estimated at around $15.0 million. But success didn’t come to him overnight. There were a lot of struggles before he finally made it in the entertainment business.

#CBS mourns the passing of Jim Nabors, a beloved TV star, singer and member of the Network family for decades. He will be missed. pic.twitter.com/CdfePsZ6Wk

A Knack for Comedy

After graduating with a degree in business administration, he moved to New York City where he found a job as a typist for the United Nations. Soon, he moved to Tennessee where he got his first job in the television industry as a film cutter. His respiratory condition led him to L.A. where he was a film cutter for NBC.

Nabors cut films during the day and kept his performing ambitions alive by night. He sang and acted in a cabaret theater at The Horn, a Santa Monica tavern. His characters in his acts were a lot like the naive Gomer Pyle. He sang in his trademark baritone and sometimes spoke in a high-pitched voice for a comedic effect.

His ability to portray comedic characters caught the attention of comedian Bill Dana, who cast him in the short-lived but hilarious, The Steve Allen Show. Though the show didn’t last, Nabors gained visibility. High-profile TV funnyman, Andy Griffith soon noticed him and cast him on The Andy Griffith Show.

Nabors’ character became so popular, at the end of The Andy Griffith Show, he got his own spin-off called Gomer Pyle USMC. At the end of its five-season run, Gomer Pyle had gained enough fame and popularity to become a pop culture icon. He appeared on many shows which skyrocketed their popularity.

Sitcom actors in Nabors’ time didn’t earn as much as perhaps the stars of The Big Bang Theory or F.R.I.E.N.D.S. earn today. But they did make a pretty penny in residuals thanks to reruns of these evergreen shows. Reruns of The Andy Griffith Show and Gomer Pyle USMC added to his net worth through royalties; however, the exact amount is not known.

As one of our first #MuppetShow guests, #JimNabors became part of the Muppet family. We’ll miss his laughter, his singing, and his friendship.

Even after the end of Gomer Pyle USMC, steady work with high salaries continued to pour in for Nabors. He had a high-pitched tone for comedy but his baritone singing voice was first known through an episode of The Andy Griffith Show in 1964.

From then on, he recorded romantic ballads, gospels, and country songs. He recorded more than 30 albums; he also sang with the Dallas and St. Louis symphony orchestras. He performed in Las Vegas showrooms and did concerts all over the country.

Heartbroken at the passing of the man who taught us what it means to come Back Home Again.

While he toured and performed, he returned as Gomer Pyle with the cast of The Andy Griffith Show for the reunion movie, Return to Mayberry. While living in Hawaii, he launched his show, The Jim Nabors Polynesian Extravaganza at the Hilton Hawaiian Village in 1976.

His health caused him to take time off the stage only to return. For more than 30 years, he sang “Back Home Again in Indiana” with the Purdue All-American Marching Band at almost every Indianapolis 500. The 2014 Indy 500 was his last appearance because of his declining health.

RIP Jim Nabors Loved you in #GomerPyle watched every week And what a voice !! You could sing so beautifully Know you have been in retirement but the knowledge of you just being gone is so sad to us all My heart goes out to family & friends You are missed my friend❤️❤️ pic.twitter.com/QIDdAwh3ok

At the peak of his TV career, Nabors vacationed in Hawaii during the ‘60s and fell in love with the island. In 1976, he sold his Bel Air mansion and took up permanent residence in Honolulu with his longtime partner and now husband, Stan Cadwallader.

He owned a 500-acre macadamia plantation in Maui before selling it to the National Tropical Botanical Garden, a conservationist organization. However, he had a second home on the estate and retained farming rights for it. It’s not known how much the plantation fetched the late artist, or what will become of it after his death. He also had a home in Montana.

Nabors’ health had declined considerably in the last few years. He almost came close to death in 1994 after contracting hepatitis B, but he survived thanks to a liver transplant. However, his immune system hadn’t been the same even as he toured and performed. He died in his Honolulu home on November 30, at the age of 87.

The U.S. Marine Corps paid tribute to his legacy on Twitter saying, “Semper Fi, Gomer Pyle. Rest in peace Jim Nabors, one of the few to ever be named an Honorary Marine.”

Rest in peace Jim Nabors, one of the few to ever be named an Honorary Marine. pic.twitter.com/B3m3RYAbPy