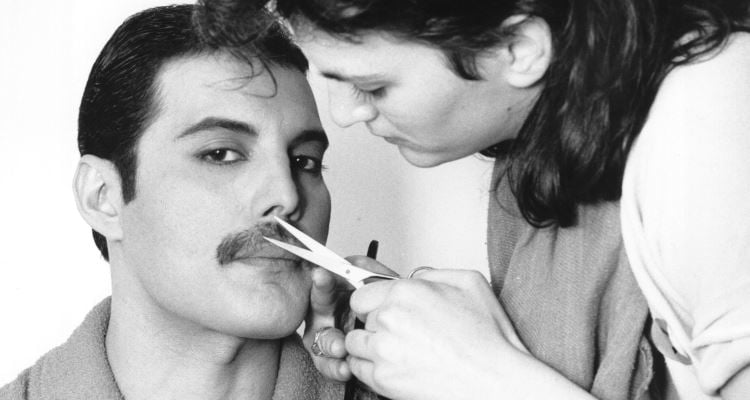 With the upcoming release of the Freddie Mercury biopic, Bohemian Rhapsody, fans are now looking into Freddie Mercury’s partner, Jim Hutton. If you want all the details on the new film and the late singer’s relationship, then take a look at our Jim Hutton wiki.

Jim Hutton was born in Carlow, Ireland, in January 1950 and worked as a hairdresser for the late Queen singer, Freddie Mercury. He was first pursued by Mercury in 1984 at a club, but Hutton (not knowing who he was at the time) declined since he was with someone else at the time. The following year, they bumped into each other again and they eventually began dating, after having first having a drink together. But sadness struck as Mercury was diagnosed with AIDS in 1987 and died from complications in 1991, in London. For the last six years of the singer’s life, Hutton lived with him and was by his side until the end. Mercury was a private person despite his fame, but Hutton shared photos of their relationship in his memoir, Mercury and Me. They celebrated holidays and enjoyed what little time they had left together.

Jim Hutton’s Cause of Death

On New Year’s Day in 2010, Hutton died after a battle with cancer, three days short of his 61st birthday. He died in Carlow and was also HIV positive but didn’t tell mercury until 1991, even though he was diagnosed in 1990. Mercury left Hutton 500,000 pounds (approximately $600,000 U.S.) and a plot of land at Rutland Terrace in Carlow, where Hutton had a home built. The majority of Mercury’s estate went to Mary Austin, his former girlfriend of six years. Hutton is survived by his brothers, sisters, and extended family.

Mr. Robot star Rami Malek has been tapped to play Freddie Mercury in director Bryan Singer’s Freddie Mercury biopic, chronicling the late band member’s life. While Mike Myers has been added to the cast in an unknown role, the project has taken over a decade to make and it has struggled to solidify a stable cast. Sacha Baron Cohen was set to play Mercury but left three years later due to creative differences with the band.

“The reason [for Cohen’s departure] is that the band wanted to make more of a PG movie about Queen while Cohen was counting on a gritty R-rated tell-all centered around the gifted gay singer,” according to Fader. In a 2016 interview on The Howard Stern Show, Stern asked Cohen: “You wanted to get into the nitty gritty right? You wanted to get into his sex life?” Cohen replied: “Yeah, definitely. There are amazing stories about Freddie Mercury. The guy was wild. He was living an extreme lifestyle [of] debauchery…But you gotta remember, they want to protect their legacy as a band.” It’s easy to see where the clash would happen, but fans are anxiously waiting to see what the biopic has in store. He was a legacy in music and his life was nothing but ordinary so it will be interesting to see where director Bryan Singer takes the film.