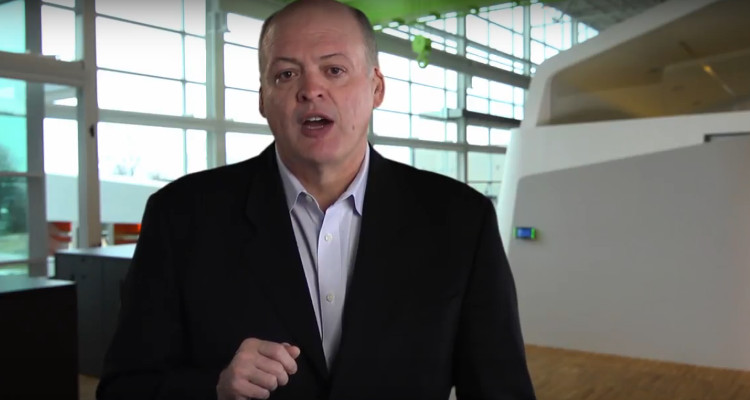 Jim Hackett proved that he can turn around a company in his successful term as the CEO of Steelcase, the office furniture maker. Ford is betting that he will do the same at the Ford Motor Company, which is in trouble according to inside sources. Hackett is considered a visionary and all eyes are on him as he might be the next CEO of Ford.

According to sources, there is a big change happening at the Ford Motor Company, and it will be announced today (May 22). Chief Executive Mark Fields is reportedly leaving the company and will be replaced by Jim Hackett, the head of its Ford Smart Mobility LLC subsidiary. This move comes as Executive Chairman Bill Ford and the rest of the board have lost faith in Fields’ ability to lead the company. Fields took over as Chief Executive in mid-2014. In less than three years, he too has been replaced. Who is Jim Hackett? We have some details from Jim Hackett’s wiki right here.

Trouble in the Company

According to sources, the Board of Directors was worried about the deterioration in Ford’s business, despite some profitable products like its flagship F-series pickup trucks. They are looking to Jim Hackett to solve the problems that are plaguing the company. Hackett was a Ford director for three years before leaving the board to become the chairman of the newly-formed mobility services subsidiary in March 2016. Before Ford, Hackett was the Chief Executive Officer of Steelcase, the office furniture company.

Hackett’s reputation as a turn-around CEO is largely based on his achievements at Steelcase, where he introduced many cutting edge innovative policies that achieved success. During the three decades he spent at there, Hackett expanded its business model, and helped transform the company from a traditional office furniture manufacturer into a designer of cutting-edge workplaces. He was one of the pioneers of shifting away from cubicles to an open space environment.

Hackett predicted the open office trend in tune with changing management paradigms. He made Steelcase a global leader in its line of business. Jim Hackett’s Ford and Steelcase tenure are the main reason that he finds himself in the CEO’s seat at the Ford Motor Company. Hackett also had a successful run at IDEO, an international consulting firm in which Steelcase invests. Working with IDEO’s CEO David Kelley, Hackett was responsible for new designs of some office products, consumer products, medical instrumentation, furniture, and computers, including the design of the first mouse for early Apple computer users.

Hackett also serves on the board of other companies like Northwestern Mutual Life Insurance and Fifth Third Bankcorp. He also served as the Interim Athletic Director at the University of Michigan from October 2014 to March 2016, where he led the search for a permanent athletic director. After all, he couldn’t say no to his alma mater!

A Couple of Philanthropists

Jim Hackett’s wife is Kathy Hackett, and they both supported Ford school students through two endowments: the Lee C. Bollinger Award for second-year students, and the James & Kathy Hackett Family Fellowship Fund. When Hackett was with Steelcase, he provided the school with desks, chairs, filing cabinets, and lamps. A Ford spokesman did not confirm the above management changes saying, “We are staying focused on our plan for creating value and profitable growth. We do not comment on speculation or rumors.” Though business circles are buzzing with the possibility of Hackett as the new Ford CEO, we need to wait for the company’s formal announcement.