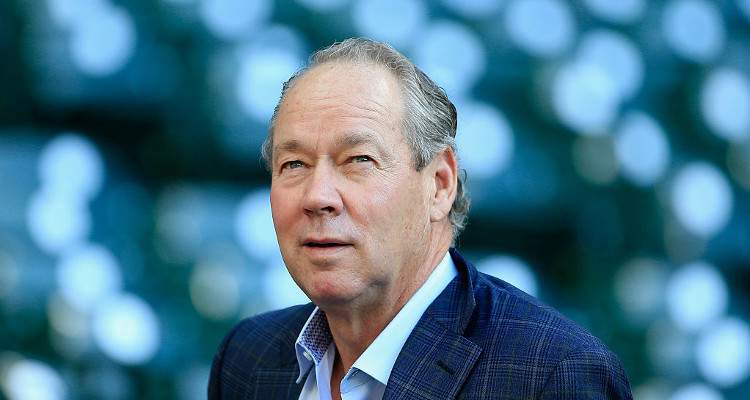 The Houston Astros won the 2017 World Series, making their owner, Jim Crane, a very proud man. Although he started small, today, Jim Crane’s net worth is over $2.0 billion. Find out how he amassed his enormous fortune right here.

Jim Crane is busy with real estate and restaurant ventures, in addition to running the main companies that made him one of the richest men in America. He married his third wife earlier in 2017 and is the proud father of three children. The future looks very bright for this daring entrepreneur from Houston, Texas.

The Houston Astros just won the 2017 World Series for the first time. They made their city proud, but nobody is prouder than owner and chairman, Jim Crane. With wild celebrations all around the city and the state of Texas, the spotlight has now fallen on the businessman.

He is the chairman and chief executive of Crane Capital Group, the company that holds majority shares in Champion Energy, Crane Worldwide Logistics, and Crane Cartage Freight Service.

Jim Crane grew up in the suburb of Dellwood, St. Louis. He studied at Lutheran High School North where he graduated from in 1972. He gave the school a donation of $1.0 million in 2004 so that they could improve their athletic facilities and increase the size of their campus from 40 to 67 acres.

He then earned a degree in industrial safety from Central Missouri State University. He gave back to his alma mater in 1998 and became the largest donor with a $1.2 million upgrade of CMSU’s baseball stadium. It has since been renamed James R. Crane Stadium.

In March 1984, Crane got into business. He borrowed $10,000 from his sister and started an air freight logistics business, Eagle USA Airfreight, which later became EGL, Inc. The company moved into supply chain management and information services and later merged with England’s CEVA Logistics.

After taking his share of the profits, Crane founded Crane Capital Group. He also became the director and shareholder of Western Gas Holdings, LLC.

Thanks to his interest in golf, Crane is also the owner of The Floridian National Golf Club, which he purchased in April 2010.

In 2011, he purchased the Houston Astros for a reported $680.0 million. This paid off big-time when the team won the 2017 World Series by defeating the Los Angeles Dodgers in Game 7.

In January 2017, Jim Crane’s restaurants, Osso & Kristalla, opened in downtown Houston. Along with Potente, they are the Italian translation of his children’s names. Osso & Kristalla is a soft, rustic space. The restaurant has neutral aesthetics with a casual outdoor patio.

Checking out a new spot during restaurant week @ossokristalla ??

Meanwhile, Potente brings back memories of a luxurious Italian villa. It features a roomy bar, elegant main dining space, and a special chef’s table in the wine room.

Don't let the rain keep you in, we're ready for you! #Rainraingoaway #PotenteHouston

Crane plans to keep a sharp eye on the two restaurants and said, “Hey, I’m right here and I’ll walk over there for lunch. If something’s not right, I’ll see it.”

Thanks to his flourishing businesses, Jim Crane’s net worth is a whopping $2.0 billion and growing. He is expected to make even more money when his ventures take off as he is currently in a real estate overhaul of sorts.

While Crane’s businesses have flourished over the years, his personal life has not been smooth. He has been married three times with his first two marriages ending in divorce.

The couple has a son together, James Robert Crane II. Crane also has two children from his first wife, Jared Crane and Krystal Thompson.

Before his third marriage, Crane divorced his second wife, Franci Neely, and finalized a $30.0 million settlement. The settlement did not affect Houston Astros’ finances but included the transfer of other assets.

Crane is not just about making money. He has renovated 23 Houston baseball parks so that more kids have a chance to play the game that he loves so much.

Despite having so much money, Crane is not willing to relax. He intends to grow and expand his businesses in the coming years. The man, who as a teenager, ran a jackhammer all day and loaded trucks all night, working 16-hour days to earn enough to buy a car, has clearly come a long way. Now with his team winning the 2017 World Series, Jim Crane is a man on fire!