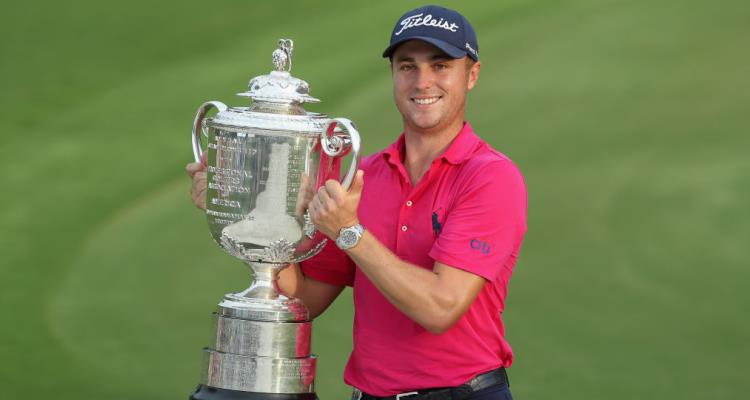 Jillian Wisniewski, age 24, graduated with a B.A. in Journalism from the University of Kentucky. During her time at the university, Wisniewski was a reporter and co-anchor of the school’s news network, as well as a representative of the student service center. During her last year, she interned in the broadcast production department at McGarry Bowen in Chicago. This proved to be a great stepping stone for her, as she was promoted to administrative assistant in July 2015, and then to business manager in January 2016. As such, fans can tell that Justin isn’t the only high-powered one in the relationship—Jillian has been fervently pursuing her career in journalism since her university days.

Jillian is the second of three children born to Bruce and Rose Wisniewski. She has an older brother named Mark, 29, and a younger brother named Joseph, 19. Wisniewski’s family life seems to be fairly private, as is her Instagram page—though we did manage to scrounge up some photos of Jillian Wisniewski on Instagram, thanks to her boyfriend’s public page.

Can’t beat Derby weekend! What a weekend with this squad

Jillian and Justin have done their fair share of traveling over the past couple of years—which makes sense, since they’re both still technically single and without children. But does all this sightseeing hint at possible nuptials sometime soon? It’s quite common for couples to travel together and see the world before settling down, so wedding bells might be in the near future for these two. Who knows!

While the two are both focused on their careers, they’ve managed to make ample time for each other, as well. Jillian was supposed to be on a flight when her boyfriend was to be wrapping up the 99th PGA Championship. However, Justin Thomas was so confident that he’d have his third win in the bag, that he had her change her flight:

“I had just the most comforting, easygoing — I truly felt like I was going to win. I remember my girlfriend was supposed to fly out at about 7:00 and I was like, ‘You need to change your flight to later, because I don’t know, I just feel like I don’t want you to miss this. I feel like I’m going to get it done,'” Thomas said. “She knows the first — she’s the first person to tell you that I don’t want to talk about golf when I get in that situation. So I don’t know, I just was very confident.”

It seems like the stars were aligned, and everything worked out just the way he’d anticipated!

It’s clear that Justin was ecstatic to have his leading lady there to support him, as they shared an adorable kiss to seal his big win. We’re not sure what’s next for Justin Thomas, but we’re confident that Jillian Wisniewski will be by his side, whatever it is!

Hope everybody had a great weekend and Valentine’s Day! But a special happy belated bday and V Day to this one @jilliangrace3