Patrick Dempsey and his wife Jillian Fink attend the Launch of the Official Competition and "The Truth About The Harry Quebert Affair" screening during the 1st Cannes International Series Festival at Palais des Festivals on April 7, 2018 in Cannes, France. (Photo by Dominique Charriau/WireImage)

The credit for some of Patrick Dempsey’s fine looks certainly goes to Jillian Fink, his longtime makeup artist and hairstylist, as well as wife. And not just her heartthrob hubby; Fink has also been the artist making many of Hollywood’s leading ladies looking red carpet-ready. With Hollywood’s seal of approval, her makeup tips are more sought after than those of social media beauty gurus, for good reason. Our Jillian Fink wiki turns the spotlight on the goddess of glam married to McDreamy!

Jillian Fink Is a Makeup Artist and Entrepreneur

Jillian Fink, born on February 4, 1966, is a native of Denton, Texas. The daughter of Ron Fink is a hairstylist and makeup artist to the stars.

She was drawn to the esthetics artistry from a young age. She entered the industry at only 14, working at a salon and selling lash products to her classmates.

Fink tried college for a bit before deciding she wanted to be a beauty professional. That brought her to California, where she learned more skills at the Charles Ross School of Hair Design in West Hollywood in 1988.

After getting her hair-styling degree, Fink worked at Shu Uemura, worked on music videos for Duran Duran, and even launched her own salon with her sister. But doing both hair and makeup was too hectic for her. So, Fink decided to focus on makeup alone.

That decision has led her to glam up some of the most famous faces of Hollywood, including Jennifer Aniston, Jennifer Lawrence, Leslie Mann, Kirsten Dunst, Kristen Stewart, Drew Barrymore, Milla Jovovich, and Emilia Clarke. And doing Brooke Shields’ makeup for her Vanity Fair cover was the start of a long professional relationship with the magazine.

One last laugh before she hits the red carpet 🖤 📷 @renatocampora

Fink’s also worked in the makeup departments of Sweet Home Alabama and Charlie’s Angel reboot. Her best longstanding client, though, has to be her husband, Patrick Dempsey.

The salon Delux, launched by Fink and her sister, eventually turned into a makeup brand of the same name. It led to Jillian Fink serving as Avon’s first global creative color director for six years. And it led to her launching her own eponymous organic makeup line in 2015.

Fink’s also the face of the Gold Sculpting Bar, a vibrating skincare device that resembles a razor. The 24k gold piece of tech is meant to de-puff the skin and make it evenly toned.

Dempsey Met Fink When She Cut His Hair

Back in 1994, when Jillian Fink’s Delux salon was frequented by celebs, she once had an appointment with her celebrity crush. That client was the ‘80s heartthrob, Patrick Dempsey.

At first when she read the name in her appointment book, she thought it was a prank by one of her employees. But Dempsey in the flesh showed up for a haircut. Fink was “shocked,” but also “happy because he was so cute.” (Same Jillian, same…)

But Dempsey and Fink didn’t date right away, as they were with other people at that time. Dempsey was married at that time to his former manager, Rocky Parker, who was 27 years his senior. Their marriage ended in 1994, after eight years.

In the three years that McDreamy was Fink’s client, they enjoyed a friendship and banter that brought them closer. Although Dempsey alleges she was flirting with him , she denies it.

In 1997, Dempsey found out that Fink was single and asked her out. Their first date was at his home, where he cooked her pasta. Three months later, they were living together.

They tied the knot on July 31, 1999 at Dempsey’s family farmhouse in Maine. They welcomed their first child, a daughter they named Talulah Fyfe, on February 20, 2002. Their twin sons, Sullivan Patrick and Darby Galen, were born on February 1, 2007. 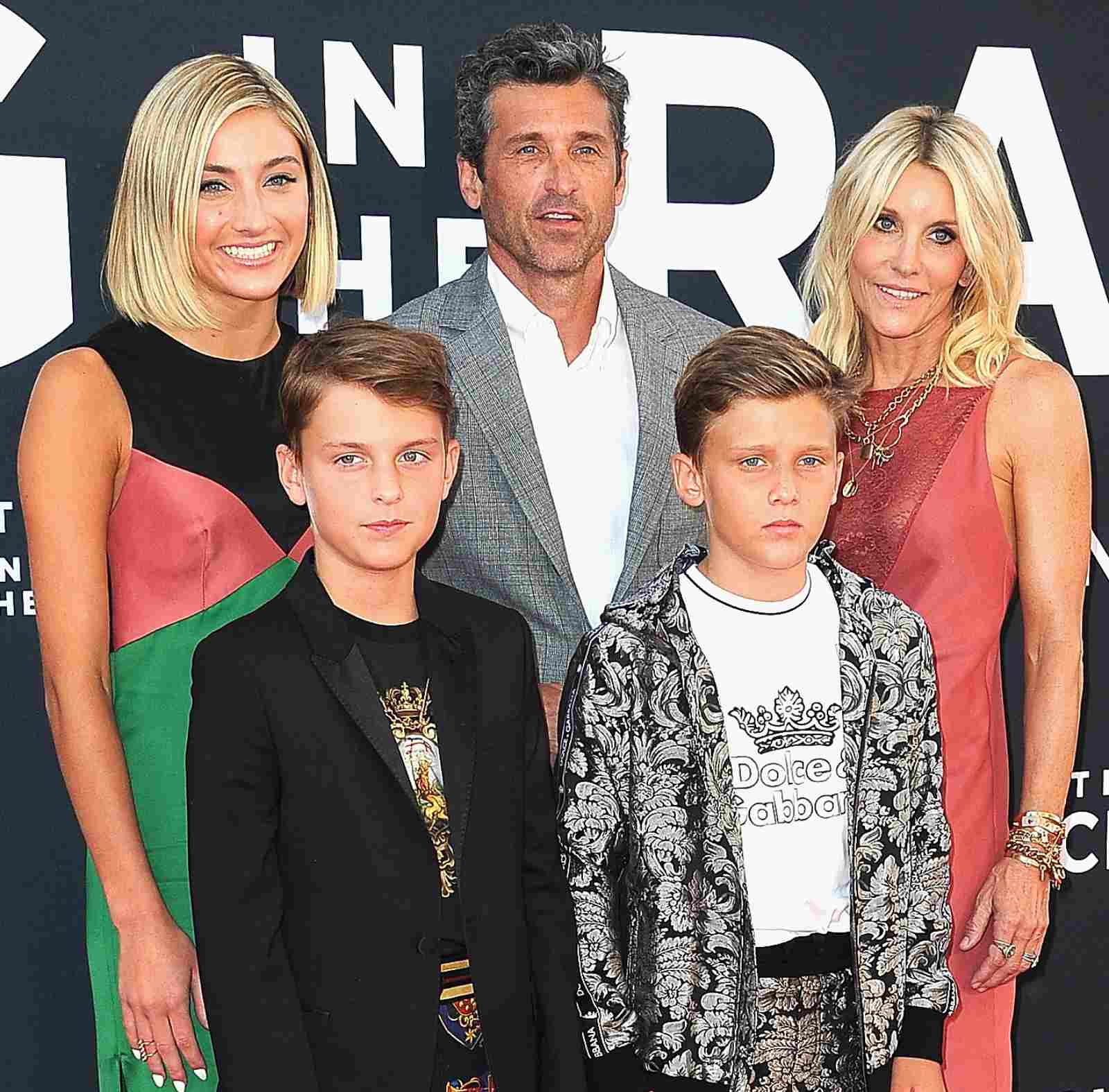 Fink Had Filed for Divorce from Dempsey

The Dempseys’ marriage was going great for a while, with Dempsey also celebrating a career resurgence after a few flops in the ‘90s. Although he’s had many iconic roles, most remember him as Dr. Derek Shepherd, aka McDreamy, from Grey’s Anatomy.

But he would leave the popular medical drama in 2015, with his character getting killed off in season 11. At that time, Dempsey was going through hardships in his personal life that needed more attention.

His mother, Amanda, had lost her long battle to cancer in 2014. Fink had filed for divorce in 2015, which was one of the main reasons Dempsey left the show.

Grey’s Anatomy did well for the actor professionally, but also ate into his quality time with his family. Once he left the show, Dempsey and Fink made the effort to fix their marriage and spend more time with their kids. They eventually reconciled later that year and Fink called off the divorce in November 2016.

Fink’s Sister Is a Fashion Entrepreneur

Jillian Fink was raised by a musician dad and an education administrator mom. She has two sisters, Kristin Fink Mason, with whom she started the Delux salon, and Angela Fink, the creator of The Fashion Sight.

A stylist whose resume boasts E! Networks and Forever 21, Angela was inspired by her sisters to enter the beauty industry. She credits Jillian with showing her “to think outside the box and never give up on your path.”

Their dad, Ron Fink, is a native of Illinois who studied music at the University of Illinois. The drummer also though percussion at Northern Illinois University. He’s now a big band musician with his group, Ron Fink and the Rowdies, in Denton.