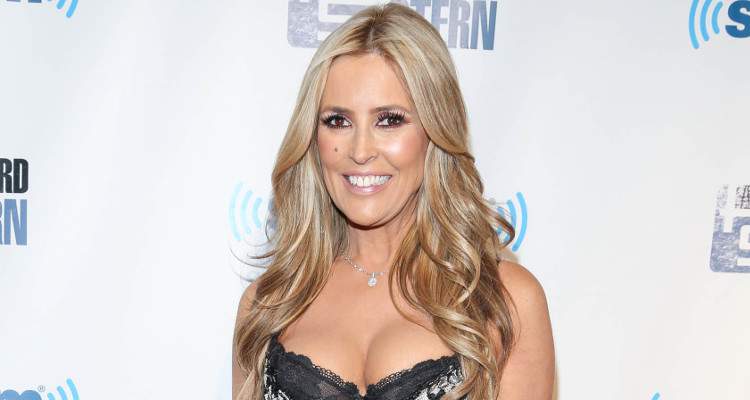 Canadian-born American TV host Jillian Barberie was the former co-host of Good Day L.A. along with Steve Edwards back in the day. However, Edwards left KTTV under unclear circumstances. His former cohost was also reportedly fired from the show. Here’s the full scoop on Jillian Barberie in 2017.

At one point, Jillian Barberie’s stroke was trending on the Internet, as she allegedly had one on camera. The news about the stroke turned out to be a total hoax, as the incident couldn’t be confirmed. But, a botched-up video on YouTube has since circulated. Check out some interesting facts about her in our Jillian Barberie wiki.

Born Jillian Warry on September 26, 1966, Jillian Barberie’s age is 51. She was adopted by her parents in Canada, her birthplace, and raised in Ontario. She was exposed to the Lithuanian and Irish backgrounds of her adoptive parents, and had two sisters growing up. It was always her dream to become a famous personality.

Barberie attended Assumption Catholic Secondary School, and graduated from Mohawk College in Ontario, Canada. She got her diploma in broadcast journalism before working for TV stations like The Weather Network, WSNV (Miami), and KTTV (Los Angeles).

Jillian Barberie then moved to the United States, where she began working for Fox affiliate KTTV. She began her term on Good Day L.A. in 1995 and was with the show for 20 years. She even landed roles in movies like Clueless and on TV, including V.I.P, Melrose Place, and Yes, Dear.

Barberie was the face of  EX-treme Dating in the early 2000s and was chosen to host and present the all-important Fox NFL Sunday pre-game show on Fox Sports, opposite big names like Terry Bradshaw and Howie Long. She also scored more hosting jobs on TV as a weather girl and as an entertainment reporter at the Super Bowl.

Good Day L.A. and the national version of the show Good Day Live, both saw Barberie as a host, but she was reportedly fired from the show. However, she claimed otherwise saying, “But the truth is, I loved being on set. Teasing Steve, doing celebrity interviews and working off script and ad libbing! It’s what I do. I could not imagine doing any other role on that show after almost two decades!!”

On set work out.

Jillian Barberie was married for six years to Bret Barberie, a former Major League Baseball player. The couple got hitched in 1996, but their relationship took a hit, and they ended up getting divorced in 2002.

It wasn’t until 2006 that Barberie was serious in a relationship again. That same year, she tied the knot for the second time with former Marine sniper, Grant Reynolds. But she still kept her former husband’s surname.

Barberie and Reynolds were going strong, and welcomed two kids: Ruby Raven Reynolds in 2007, and Rocco Rio Reynolds in 2010. The couple’s divorce was finalized in 2014.

Jillian Barberie worked hard for her estimated $8.0 million fortune. She was not only loved in the otherwise male-dominated sports world on TV, but was also known for her active lifestyle as a brand ambassador for Nutri Systems. Her commercials with the brand gained her a lot of popularity.

In addition to her hosting roles, Barberie appeared with her second ex-husband on Househusbands of Hollywood.

Jillian Barberie’s life in 2017 has flown by exceptionally. She is currently co-hosting the Mid-Day LA radio show on 790 KABC, and is active on social media where she promotes the makeup brand, Too Faced. You can follow Jillian Barberie on Twitter: @askjillian.

For those asking about @toofaced being bought by Estée Lauder and animal testing. It is written into our Lauder contract that too faced will continue its animal free cruelty free ways. Nothing will change. We love our furry friends!!!!!!!!!