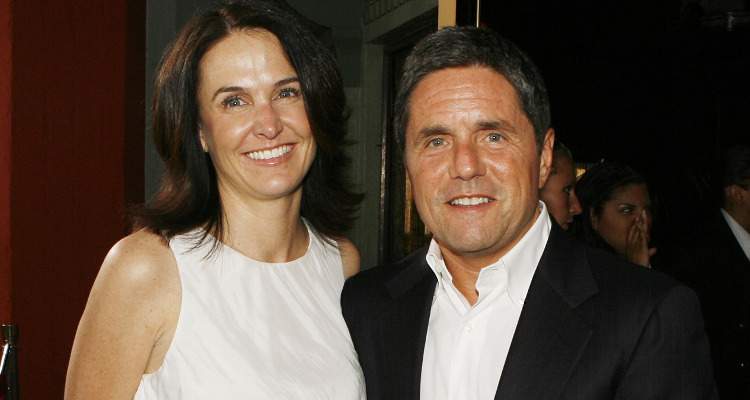 It is a very sad and difficult time for the family and friends of Jill Messick, who at the age of 50, committed suicide. Her family released a statement on Thursday, which confirmed that Messick killed herself.

Sources claim that Messick probably committed suicide because of the on-going accusations against Harvey Weinstein by Rose McGowan.

On January 30, 2018, McGowan released her book, Brave. In it, she states that Messick did almost nothing to help McGowan after she spoke to her about the alleged attack by Harvey Weinstein.

If you want to know more about the woman who was dragged into the ugly spat between McGowan and Weinstein, then keep on reading.

She was born Jill Sobel Messick on July 27, 1967, in California. Messick completed her secondary education at Santa Barbara High School. She graduated from the University of Southern California with a degree in Communications.

Also Read: Kevin Messick, Jill Messick’s Ex-Husband: Taking the Hurt and Helping His Kids Get Past Their Mother’s Suicide

Her Work as a Hollywood Producer

Throughout her career in the Hollywood industry, Messick has worked as a producer in several movies and TV shows. She executive-produced She’s All That, Boys and Girls, Get Over It, Frida, Mean Girls, Hot Rod, and Baby Mama.

Messick was also the executive producer of the TV series, Bad Judge, for nine episodes, as well as one episode of UCB Comedy Originals.

In 1997, Messick worked as an entry-level manager at Addis Wechsler. And her first client was Rose McGowan.

Reportedly, one of Messick’s primary duties was to set up a meeting for McGowan with Harvey Weinstein during the Sundance Film Festival.

Following the meeting, McGowan told Messick about what happened but never mentioned the word rape to her. Messick told her bosses about the incident and asked them to handle the situation immediately. The arrangement between Weinstein and McGowan was sorted out, and Messick knew nothing about it.

McGowan went on to make movies with Weinstein. And Messick had no clue about the details until McGowan decided to go public with it.

Messick was recruited in November 1997 to work as an executive at Miramax Films in Los Angeles.

Five years back, Messick suffered a manic episode. So, she decided to work on her mental health, and with the help of doctors, family, and, friends, Messick recovered.

After a lengthy job search, Messick was in talks to handle the production division of a new entertainment company. But Messick’s family revealed that she was suffering from depression again.

Jill Messick was married to Kevin Messick. However, it is unclear as to when the pair got divorced.

At the time of her death, it is reported that Messick was in a relationship with Dan Schuck. She is survived by her brother, Jan; her father, Michael; and her two children, Jackson and Ava, which she had with her ex-husband.

Her family released a statement, which read:

Over the past few months, many women have come out with allegations against Harvey Weinstein, including Rose McGowan, who has repeatedly spoken with the press, striking out against not only her alleged attacker, but a great many others.

One of them was Jill, who chose to remain silent in the face of Rose’s slanderous statements against her for fear of undermining the many individuals who came forward in truth.

She opted not to add to the feeding frenzy, allowing her name and her reputation to be sullied despite having done nothing wrong. She never chose to be a public figure; that choice was taken away from her

As we collectively seek to take action in an effort to right the wrongs so brazenly and inhumanely repeated for a generation, we must not forget one simple truth: Words have power.

While we illuminate the dark corners for hidden truths, we must remember that what we say, particularly in the media, can have just as much impact if not more than our actions.

We must ask more of ourselves, and of each other. We must take a moment to consider the ramifications and consequences of what we say and what we do.