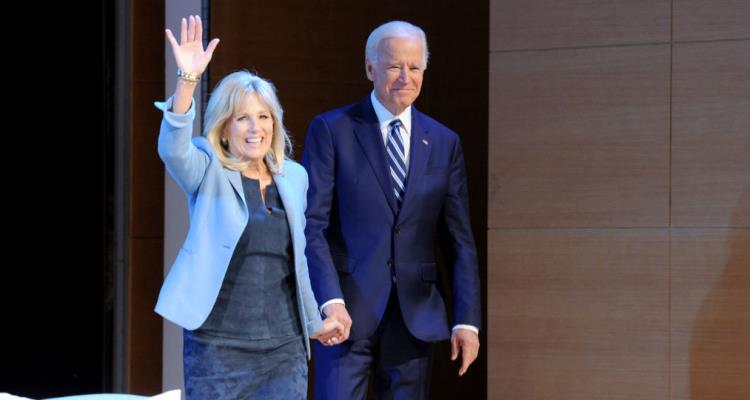 On Monday’s episode of Megyn Kelly Today, Joe Biden and Jill Biden talked about the death of their son and his cancer diagnosis. Given the current economic climate, many have been wondering about the rumors of the former vice president running for office in 2020. For more on that and what he and his wife had to say about their late son, here’s our Jill Biden wiki.

Dr. Jill Biden’s age is 66 and she was born Jill Jacobs on June 3, 1951. She was raised outside of Philadelphia in Willow Grove, Pennsylvania. She is the oldest of five sisters born to the late Bonny and Donald Jacobs. Jill has been an educator for more than 30 years and is an author and former second lady of the United States. She earned her doctorate in education from the University of Delaware in 2007 and prior to that, she earned two master’s degrees while raising a family.

Joe lost his first wife and high school sweetheart Neilia Biden, and their 1-year-old daughter Naomi, when a tractor-trailer crashed into their station wagon in 1972. His wife and three children were Christmas shopping at the time (when Joe was hiring staff in Washington) when the incident occurred. Joe’s sons were in the hospital for months and he was sworn in there at the time.

Three years later, Joe’s brother introduced him to Jill, who was in college and had been married before, as well.

Jill Didn’t Think It Would Work Out

In an interview with Vogue, when Jill Biden was younger, she said she thought her relationship with Joe wasn’t going to work out when they first met.

“I was a senior, and I had been dating guys in jeans and clogs and T-shirts, he came to the door and he had a sport coat and loafers, and I thought, ‘God, this is never going to work, not in a million years.’ He was nine years older than I am! But we went out to see A Man and a Woman at the movie theater in Philadelphia, and we really hit it off. When we came home . . . he shook my hand good night . . . I went upstairs and called my mother at 1:00 a.m. and said, ‘Mom, I finally met a gentleman.’ ”

Joe proposed five times before Jill finally said yes, saying: “I said, ‘Not yet. Not yet. Not yet.’ Because by that time, of course, I had fallen in love with the boys [Beau and Hunter], and I really felt that this marriage had to work. Because they had lost their mom, and I couldn’t have them lose another mother. So I had to be 100 percent sure.” Joe remembered giving Jill an ultimatum, saying, “‘Look, this is the last time I’m asking you. I don’t care when we get married. But I want a commitment.’ And she said okay. But it took that!”

They were married on June 17, 1977, in New York City by a Catholic priest at the United Nations chapel. They were surrounded by 40 of their closest family and friends and had their reception at the Sign of the Dove.

As for Jill Biden’s kids, she and Joe have a daughter together, Ashley, 36, who’s a social worker. But she has been married to Joe for over 30 years and has been a stepmother to his other children.

Reflecting on Their Son’s Death

On an episode of Megyn Kelly Today, the Bidens opened up about their late son, Beau’s brain cancer battle and death in 2015.

“The one thing I think most people realize about Joe … is that he always maintains a sense of optimism,” Jill said. “Throughout Beau’s illness, even though the diagnosis was truly devastating, we always had hope. We never gave up hope. We tried treatment after treatment, month after month. But we always felt — until the moment he closed his eyes — we always felt he was going to live.”

Beau, 46, was the Delaware Attorney General and a major in the Delaware National Guard. He was awarded the Bronze Star and was also an Iraq War veteran. Jill Biden’s net worth is unknown but the family had financial troubles in the past due to Beau’s cancer treatments.

Joe, 74, added: “Beau had this enormous sense of duty. He worked every single day,” Joe recalled. “He was beginning to lose the ability to recall proper names [after his diagnosis], but it had nothing to do with his cognitive capability.

While Jill is tired of people asking about her husband’s future ambitions, Joe is leaving the door open for any possibilities.