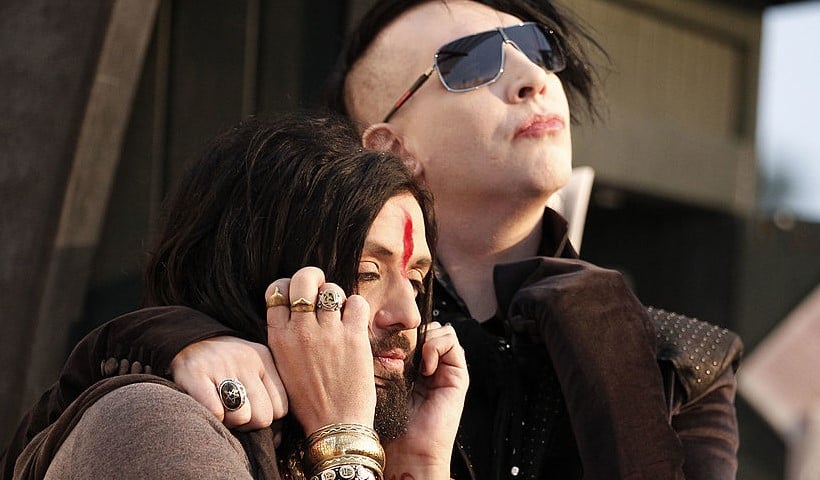 Marilyn Manson has cut ties with his longtime guitarist and bassist, Jeordie White (also known as Twiggy Ramirez) and it seems to be because of rape accusations made by Jessicka Addams, the Jack Off Jill band singer. With the rash of the sexual harassment stories in the news, many are interested to know what happened. If you’re interested to learn more about Jeordie White’s rape accuser, then keep reading.

Who is Jessicka Adams?

Jessicka Addams’ age is 42 and she was born Jessica Fodera on October 23, 1975, in Florida. She’s a singer of the indie rock band, Jack Off Jill and some of her songs include “My Cat,” “Strawberry Gashes,” and “Baby Dracula.” In 2007, she got married to visual arts producer, Christian Addams and is based in Los Angeles, California. She’s also an artist known for her Gothic persona and her work has been noted in magazines and displayed all over the United States.

According to Jessicka Addams’ Facebook post, she dated White when she was 18 and wasn’t in a happy relationship, and referenced her abusive father. In the emotional message, she made a detailed claim that White abused her and forced himself on her.

“I have lived with the overwhelming shame and guilt of being raped for well over 20 years now,” Addams said. “Like many survivors, I unknowingly hid an abusive relationship in a most unhealthy way, masking it behind a fun loving, creatively artistic facade I struggled to wear on the outside world.”

“I knew at that point that Jeordie had not been faithful on tour, including being with women whom I to this day respect and considered my musical contemporaries,” Addams continued. “All this led to an argument I never saw coming. He forced me on to the floor with his hand around my neck. I said NO. I said NO. I said it so loud enough, that [Addams’ roommate] Pete came rushing in from the other room to get him off of me. But I had been raped. I had been raped by somebody I thought I loved.”

After Addams made her story public, Manson severed ties with White after he learned that he was accused of sexual assault.

“I have decided to part ways with Jeordie White as a member of Marilyn Manson,” Manson wrote on Twitter. “He will be replaced for the upcoming tour. I wish him well.” On Instagram, Manson added, “This is a sad day.”

First and foremost thank you for your endless support! Today is our 10 year wedding anniversary. As gift to each other we are turning off our phones for 48 hours. It's probably the best gift we could give each other! With all the love in my heart! Jessicka. ? @sanchezzalba ❤️

Addams joined the “Me Too” campaign for sexual assault victims and in her post wrote: “No you got it all wrong! You destroyed me. You crushed me and stole my character. You robbed me of my peace. You made me not trust other men. You made me want to disappear. There is no excuse. We are taking our power back from you, all of you. People will no longer forgive you because of your fame.”
She added: “You can’t slut shame to make it go away. All the love in my heart, support and respect to all who are coming forward with their stories about rape & sexual assault.”

White has not commented on the rape accusations and it’s unclear who will replace him on Manson’s European tour for his new album, Heaven Upside Down.

My dearest Gab, I hope this makes you laugh! This is my chosen obituary photo. Not that I am dying anytime soon but just in case! Here are the reasons why; #1 Check out my boobs!!!! thank you for the bra help @ditavonteese #2 I am contemplating all of the bad choices I have made in my life or I have to pee. (Same face) #3 I'd like people to think I did at one time hang out in nature. (Lie) #4 People! Please don't use the fucking dreadlock photos … I get it but just don't! #5 I am alone l! Wooo hooo no cropping! (Band photos, wedding photos) #6 My mother likes this one @nancygissing #7 I am at a realistic weight. #8 Because nobody gets out alive! #9 Because at this very moment I was happy. ? #TBT Nobody get morbid! I will outlive all of you!