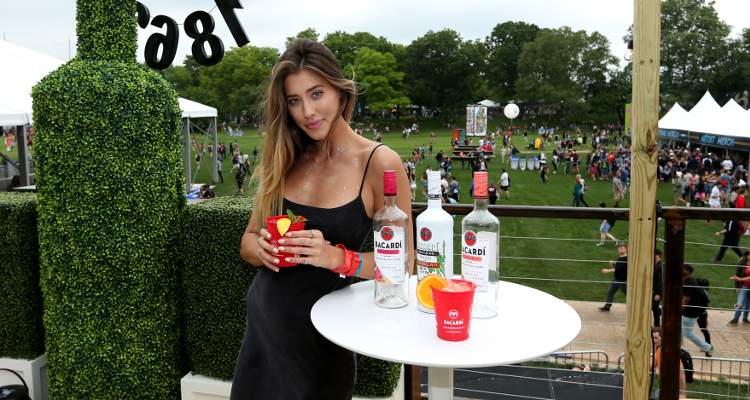 Ed Westwick is the newest addition to the seemingly never-ending list of sexual predators in Hollywood. The Gossip Girl star was allegedly accused of rape three years ago by Kristina Cohen. Ed Westwick’s current lover has not said anything about the fiasco, but if you were wondering who Ed Westwick was dating, then we’ve got all the details you need about her, right here in our Jessica Serfaty wiki.

Ed Westwick is currently dating model Jessica Serfaty, who has had a fair share of Hollywood boyfriends of her own. From the likes of Niall Horan to Justin Bieber and Joe Jonas, the ANTM cycle 14 contestant has worked her way through some very illustrious relationships. Here are 6 facts about Jessica Serfaty you did not know.


Jessica Michel Serfaty was born on April 4, 1991, making her age 25. She was born in Arkansas and was 16 years old when she met her ex-husband, Ididia Serfaty at Church. He was 22 at the time, and they claim that Jessica became pregnant after they were involved with each other sexually for the first time.

Jessica gave birth to her son Roman, and was a stay-at-home mom in Arkansas, after which she got married to Ididia Serfaty.

The Opportunity of a Lifetime

Jessica Serfaty was sure she wanted to make it big in the entertainment industry and even though she had a baby to raise and a husband back home, when America’s Next Top Model gave her an opportunity to become a model, she grabbed it by the horns. The young mum took part in cycle 14 of the hit TV show, and came fourth at the end of the season. It was only a taste of the high-life in L.A., and Jessica wanted more, so she moved her family to California, while she took auditions and ad’s to make it big in the industry.

A Rift That Separated Jessica from Her Son

Ididia Serfaty had quit his job as a property manager in Arkansas and followed Jessica to L.A. with their son. Roman was growing up well in California, but things began to sour in the couple’s marriage within two years of him being a stay-at-home dad. As the relationship began crumbling, Ididia wanted her to go back to Arkansas to save what was left of the family.

Though Jessica agreed at first, the matters came down to a divorce as she was really passionate about becoming an actress. The couple got divorced, but the clauses about child custody hurt Jessica the most. She was allowed to co-parent Roman like she wanted, but was supposed to do it after moving to Arkansas. If she continued to stay in L.A., she could see only her son during Christmas and summer break, because he could only go to one school.

Allegations from Her Ex-Husband

Ididia Serfaty was disappointed with Jessica as she was failing to see Roman even for whatever time she was allowed. He had said, “’She sees Roman, six weeks out of every year and some Christmases. Last Christmas she didn’t see him. But she’s young. She’s probably not thinking about us.”

But in her defense, Jessica clarified that she really wanted Roman to be close to her. “I’ve made a couple of offers to him [Ididia] to move to California – I would pay for the move out and support him for a couple of months until he got a job and got on his feet but each time he’s said he needs a bit longer.”

Dating Some of the Biggest Names

After the divorce, Jessica began finding work, and meeting people for her shot at Hollywood. One thing leads to another in this glittering industry, and the model was in the limelight for dating One Direction heartthrob, Niall Horan. Though the relationship didn’t last long, the couple were hunted by the media, and everybody wanted to know what they were doing. She was dating Joe Jonas before she met Niall, and fans and media went crazy when the 1D singer became single again.

Then, in other scandal-worthy news, it was reported that Jessica Serfaty was spotted out with the teenage dream himself, Justin Bieber! Whether or not they were ever actually dating has never been confirmed, but either way, the rumors fizzled out faster than they began!

In recent news, Jessica Serfaty has reportedly been steadily dating Ed Westwick. Apparently, the couple began dating earlier this year in August, and though it’s just been 3 months, they look like they’re in love! Jessica Serfaty’s Instagram account is flooded with romantic pics with beau Ed Westwick, and there are some seriously sexy photos of herself on there, too. Check out these Jessica Serfaty hot pics below!

#1. A Passion For Poison

#2. Seductively soaking up that sun!