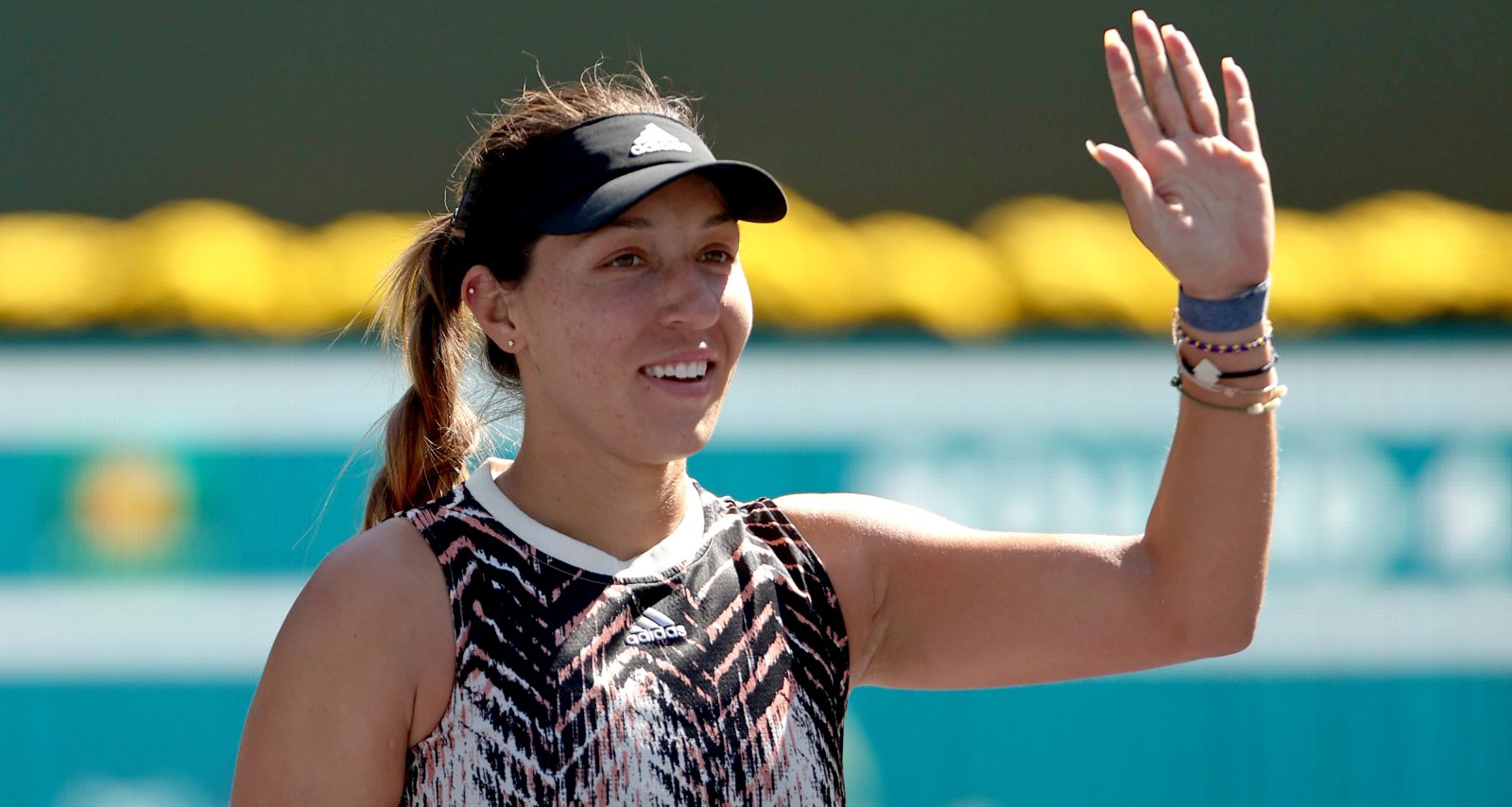 Jessica Pegula is advancing at Indian Wells and in the tennis world at large. But her personal life still remains obscure to her growing legion of fans. Many ask who Jessica Pegula’s boyfriend is because she keeps her relationship on the downlow. Fans, however, are speculating that Jessica Pegula is engaged to her longtime boyfriend, Taylor Gahagen. Is the tennis star preparing for a wedding? Quite possibly. We reveal the latest updates on her boyfriend here.

Tennis star Jessica Pegula has been dating Taylor Gahagen at least since 2015, according to multiple reports. They are very low-key, with few public appearances together. While Gahagen’s social media profiles are private, Pegula has a handful of pictures with him on her accounts.

In her recent social media photos and appearances, Internet users have spotted a blinding rock on Pegula’s left hand. It’s led to rumors and speculation that Pegula is engaged to her longtime boyfriend.

There’s been no official statement from the couple, but Pegula’s fans are convinced she is wearing an engagement ring. Moreover, there’s a wedding registry online under the names Jessica Pegula and Taylor Gahagen that lists the wedding date as October 22, 2021, in Asheville, North Carolina.

He has a BS in business administration from SUNY Fredonia and an MBA from Canisius College. He also obtained certifications from Duke and Wharton.

As of 2020, Gahagen is a senior investment analyst. But he’s best known in the media for his work with Jessica Pegula’s parents, Terry and Kim Pegula.

The Pegulas have had a major role in improving the Buffalo community and economy. That includes ownership of the Buffalo Sabres ice hockey team, of which Gahagen handled the marketing strategy. He was also a director of brand strategy at Pegula Sports and Entertainment.