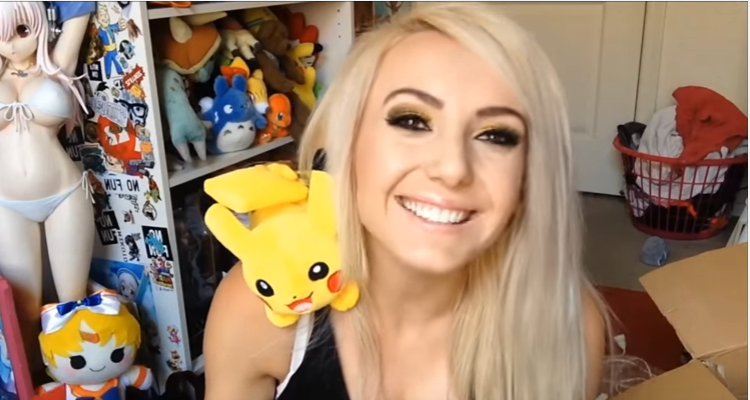 Who is Jessica Nigri? You probably haven’t heard of her before, but she’s a big deal in the world of cosplay and she’s working on her next big project! From Jessica Nigri’s boyfriend to Jessica Nigri’s cosplay costume choices—we have the facts you need to know about the Internet celebrity right here.

Jessica Nigri was born on August 5, 1989 in Reno, Nevada and was raised in New Zealand, her mother’s home nation. She has been cosplaying since 2009 and became an Internet sensation when she wore her “Sexy Pikachu” costume. Ever since then, she’s been a staple at numerous Comic Con locations around the country.

Jessica Nigri’s Facebook page has over 4.0 million likes and her fan base grows with every convention she attends. There’s no shortage of Jessica Nigri’s hot pics on the Internet and that’s one of the main things her fans search for. Just recently, she reposted on of her responses to Facebook about her sex appeal and representing cosplay as a whole.

“I know you guys already know this, but I don’t represent the cosplay community as a whole. I represent only a very very small part. There are way more talented cosplayers out there who deserve way more credit than what they have. I truly believe I am where I am because I tried to have fun with it. I made some amazing friends and shared so many life experiences with them. So to the people who say ‘Why the hell is she famous?! She’s not very good at cosplay?? She’s average she’s not that attractive?! She’s only popular because of boobs’…I agree with you! I had no idea my life would be like this when I started! When I started I had no idea what cosplay was and just loved the shit out of Pokemon! But I am here, and I am so grateful to everyone who is so supportive and kind to me. I would absolutely fall if it wasn’t for your sweet words and warm hugs.” Nigri doesn’t let the haters get her down, and she continues to be a strong woman in the face of it all. If dressing up in cosplay makes the girl happy, then we say go for it!

The young vlogger recently reached 1.0 million subscribers on her YouTube account and celebrated the occasion by going above and beyond to thank her fans. To show her gratitude for her fans’ unwavering support, the YouTuber and cosplayer decided to fulfill her followers’ fantasies online. From cinnamon challenges to ice bucket challenges, nothing was off limits for Nigri. There’s no official word on whether or not she has a boyfriend, but we can only assume he wouldn’t be comfortable with all the fantasies she’s fulfilling.

The official Jessica Nigri Instagram page is full of photos of a sexual nature and it’s earned the cosplayer over 2.0 million followers! From Sexy Rudolph to Sexy Black Cat from Spider-Man, Nigri isn’t afraid to show a little skin and stays dedicated to what she loves most: Cosplay!

Rooster Teeth, a fantasy/science-fiction media company, has recruited a group of YouTube stars, including Grace Helbig, Hannah Hart and Jessica Nigri, as guests for season four of its Million Dollars, But… comedy series. The fourth season contains eight episodes and is a spin on the game “would you rather,” where players suggest outrageous scenarios like “You get a million dollars, but every time you sneeze you teleport to a random place in the world.” Rooster teeth is hoping celebrity guests will help boost subscriptions to their VOD service, which starts at$4.99 and is available March 27. Jessica Nigri’s net worth is unknown at this time but so far, it looks like she’s on the right track!

REINHARDT!!! ❤❤❤❤ #overwatch #overwatchcosplay TODAY WAS FANTASTIC!!! Huge thanks to @obsydiann_props for 3D molding the little nubbins(those tiny knee circles) and shield(not pictured couldn’t finish it up in time haha), and to @glamourroadkill for painting up my face with a rad af scar!! #reinhardt #reinhardtcosplay