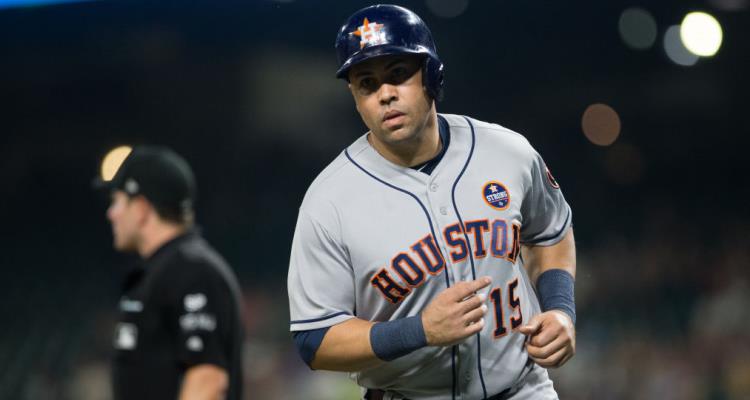 Baseball fans are talking about Carlos Beltran’s retirement announcement and now, many are looking up information on Carlos Beltran’s wife. With our Jessica Lugo wiki, we will fill you in on who she is and more about the baseball star’s decision to hang up his bat.

Who is Jessica Lugo?

Although Jessica Lugo’s age is unknown, we do know she has been married to Beltran since 1999. On the topic of Jessica Lugo’s kids, she has three; two daughters, Ivana and Kiara, and a son, Evan. The family also reportedly live in a $9.0 million apartment in New York City, which Carlos bought when he played for the New York Yankees, before he was traded.

If you’re looking for Lugo’s personal photos, then you’re better of checking out her Instagram account (“lalenin”). Most of her captions are in Spanish and involve her children, husband, and anything else that interest her. Lugo’s Instagram account also has a link to Crowdrise, a website that collects donations to help those affected by the hurricane in Puerto Rico.

In 2014, when Beltran was playing for the Yankees, Lugo suffered a miscarriage, which would have been the couple’s first son.

“Life took away the blessing of having my first boy,” Beltran wrote on his Facebook page in Spanish. “I believe in God and I am thankful for all His many blessings, like my beautiful family, friends, fans and career.”

“Everything happens and will happen according to God’s perfect timing, and my wife and I accept it that way. Thank you for all the love and messages,” he added.

At the time, Yankees captain Derek Jeter reached out to the Beltran family and offered his condolences.

“It puts things in perspective,” Jeter said. “We’re here playing a game and we’re trying to win games, but the bottom line, family is much more important than anything that happens on a baseball field. Your thoughts and prayers go out to him and his family, but that’s terrible. I feel bad for him.”

“He should take as much time as he needs. I don’t know how much time that’s going to be, but he should. I can’t imagine how he feels. Like I said, it puts things in perspective. We sit around here and we talk about guys struggling and people being frustrated and teams losing. When something like that happens, you pretty much forget about the game.”

After 20 years in the game, the 40-year-old baseball veteran is finally ready to hang up his jersey for good. In an essay on The Players’ Tribune, Beltran wrote that he knew this would be his last season.

“At the beginning of this year, being in Houston while my family was in New York, it was the first time I’ve been away from my family for months,” Beltran said in his first interview since announcing his retirement. “I told [my wife] Jessica I really missed the family and I wanted to be with them, so I was really contemplating retirement after this year. I said, ‘Hopefully we can get to the World Series and win the World Series, so I can go home on a happy note.’”

In the end, Beltran got his wish and now he gets to end his career on a happy note and on his own terms.