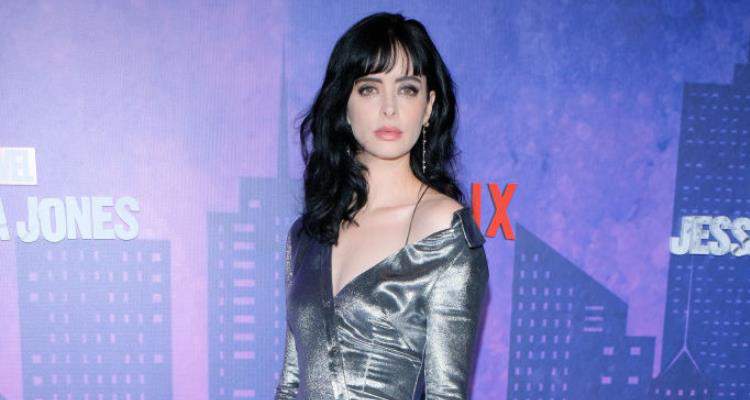 Will there be a season 3 of Jessica Jones? Fans of the hit Netflix show want to know if the Marvel superheroine will be returning after her sophomore year. With the plot twists from the last season, many want to know what will happen next. There are Jessica Jones spoilers ahead! So, if you haven’t seen the second season, then you won’t want to be spoiled by what’s to come!

It’s been a couple weeks since season 2 of Netflix’s Jessica Jones aired, but that doesn’t mean fans haven’t been dreaming of another season. So, what can we expect next time around?

Fans are already debating possible Jessica Jones theories and outcomes this next season has to offer!

In the second season of the Netflix original series, viewers saw Jessica (post-Defenders) back into her old habits of drinking and sleuthing at Alias Investigations.

The season revolved around Jessica’s guilt and grief of her family’s car crash and trying to stop a new killer on the loose. Little did she know that the two would be linked in the closest way possible!

As it turned out, the murderer on a killing spree was none other than Jessica’s mother, Alisa (an anagram for alias)! Long story short, Jessica’s mother was also experimented on after the crash by her doctor-turned-lover, Dr. Karl. The experiments also made Alisa unrecognizable, so Jessica didn’t know who she was or that she was even alive.

The season made Alisa the villain in a more obvious way, but Kilgrave was still inside Jessica’s head. It was clearly her PTSD and guilt taunting her, but to her, it seemed all too real.

Whether it’s shady doctors, con artists, or killers, the season showed that villains could take many forms.

This season’s “most hated character” award goes to none other than Trish Walker! She was back to her addict ways using Simpson’s military inhaler to get stronger, and she was always looking for an edge.

But that’s not the worst part; Trish killed Alisa! That’s right, she killed her best friend/adoptive sister’s mom, and it was because no one else could. Jessica could’ve, but Trish knew she wasn’t going to, so she shot her in the head. (Yikes!)

Will Hellcat Be in Season 3?

Many of the characters, including Jessica, were unlikeable at times. But fans voted that Trish was the most selfish and out of character.

After Trish’s last interaction at Jessica’s apartment, fans saw a glimpse of Trish’s potential skills. Could she fully become Hellcat in season 3?

Well, first we have to get a third season, and the fan reaction was lower than the first season. But that doesn’t mean that Netflix won’t renew the film noir TV show!

Fans have been dying to see a grounded version of Hellcat, Trish Walker’s crime-fighting alter ego. And that last scene could be the biggest clue ever!

“I really love leaving it at this ambiguous thing,” showrunner Melissa Rosenberg told The Hollywood Reporter. “You always want to leave some doors open. That’s a door that’s open, and if we step through it — or how we step through it — will be the stuff of another season, should we get one.”

What’s Next for Jessica Jones?

There’s no telling if Jessica and Trish will reconcile after that kind of betrayal. Jessica lost the only connection to her family that she had, and Trish took that from her.

It didn’t have to be Trish, but it had to be someone, which is what Jessica believed. Locking Alisa up again wasn’t an option, and Jessica didn’t want her to go to the Raft, a prison made for enhanced individuals.

There’s no guarantee that they will fix things, but fans wonder if they will ever see the former best friends team up in the future. It would take several episodes, a near-death experience, and a lot of whiskey!

An official date for another season hasn’t been announced yet. But based on the end of last season, things have definitely been set up that way.

C’mon Netflix, give the people what they want!