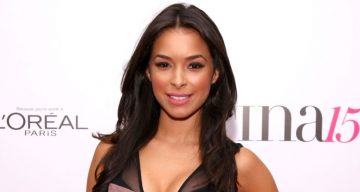 Bruno Mars’ girlfriend, Jessica Caban might be the inspiration behind the pop singer’s new late ‘80s early ‘90s inspired love song, “Versace on the Floor,” according to Latina.com. Bruno Mars and Jessica Caban have been dating since 2011, and if you check out Jessica Caban’s Instagram (@officialjessicacaban) you’ll see why he has fallen for her! If you want to learn more about Bruno Mars’ muse and want to see some of her stunning photos, keep on reading! 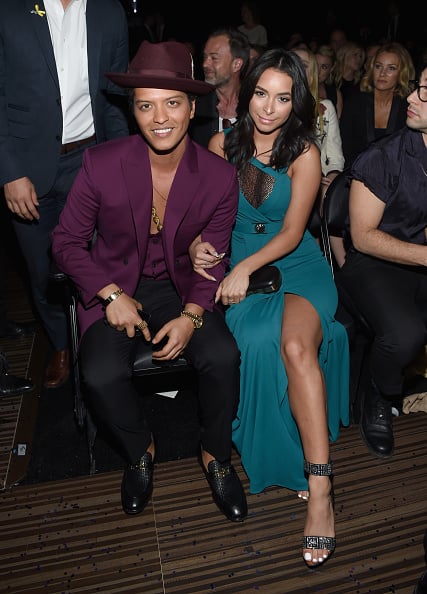 She’s a Model and Actress

Jessica Caban is an American fashion model and actress, born June 13, 1982 in New York City, NY of Puerto Rican ethnicity. In 2002, she was chosen to represent Jennifer Lopez’ line “J-Lo” as runner-up, in a search that went nation-wide. This sparked the beginning of her career. She moved on to be featured in many commercials, magazines and even landed the leading role in Proyecto Uni’s “Holla” music video. She participated as a contestant on Model Latina in 2008 where she was crowned the first ever champion, and awarded a $10,000 contract with Q Management! She stands 5 ft. 4 in. and has dark brown hair and eyes. She’s already got a few awards under her belt, including the Best Acting Performance in a Feature Film at the Boston International Film Festival, and the Festival Award for Best Actress at the Hoboken International Film Festival in 2010 for her role in Are You for Great Sex?. If you’re searching for “Bruno Mars’ girlfriend pics” here’s one gorgeous picture from Jessica Caban’s Instagram account:

The star has also appeared in Steve Madden campaigns. She starred in a movie called Shades of Love, about an “on-again-off-again, modern-epic romance” where her character plays a woman dealing with an unhappy marriage, a mother with Alzheimer’s and the pressure of her “fertility clock.” Check out the clip below for a sneak peek:

She Lives with Mars

Caban and Mars took their relationship to the next level when they moved into a $3.0 million house in Hollywood Hills together in 2012. From the photo below posted by Bustle, it seems the couple does everything together—even grocery shopping!

If you’re searching for Jessica Caban’s net worth, the figure has not been released, however with Mars’ net worth of $90.0 million, we’re positive she’s taken care of! And with her list of acting and modelling stints, we have no doubt her own piggy bank is doing just fine!

Bruno Mars took the stage at the 2014 Grammys and began thanking important members of his team, his girlfriend, and his family. But when he finished announcing who he dedicated the award to, the reaction on his girlfriend’s face made Jessica Caban’s Twitter reply section explode with disgust and hate towards the star! Maybe it was a bad camera angle, but many assumed Caban’s facial expression dropped when hearing that Bruno Mars dedicated the award to his mother, who passed away in June 2013 from a brain aneurism. Again, the media blows everything completely out of proportion, so it was probably nothing, but let’s face it, people love to gossip! Here are the kinds of tweets Caban received after the ordeal:

More priceless moments from the Grammys. See Bruno Mars' girlfriend's reaction when he dedicated his award to his mom http://t.co/SqA5xbRfUu

All in all, it seems Mars and Caban are steady as ever and with Mars’ constant success as a performer, the sky is limit!