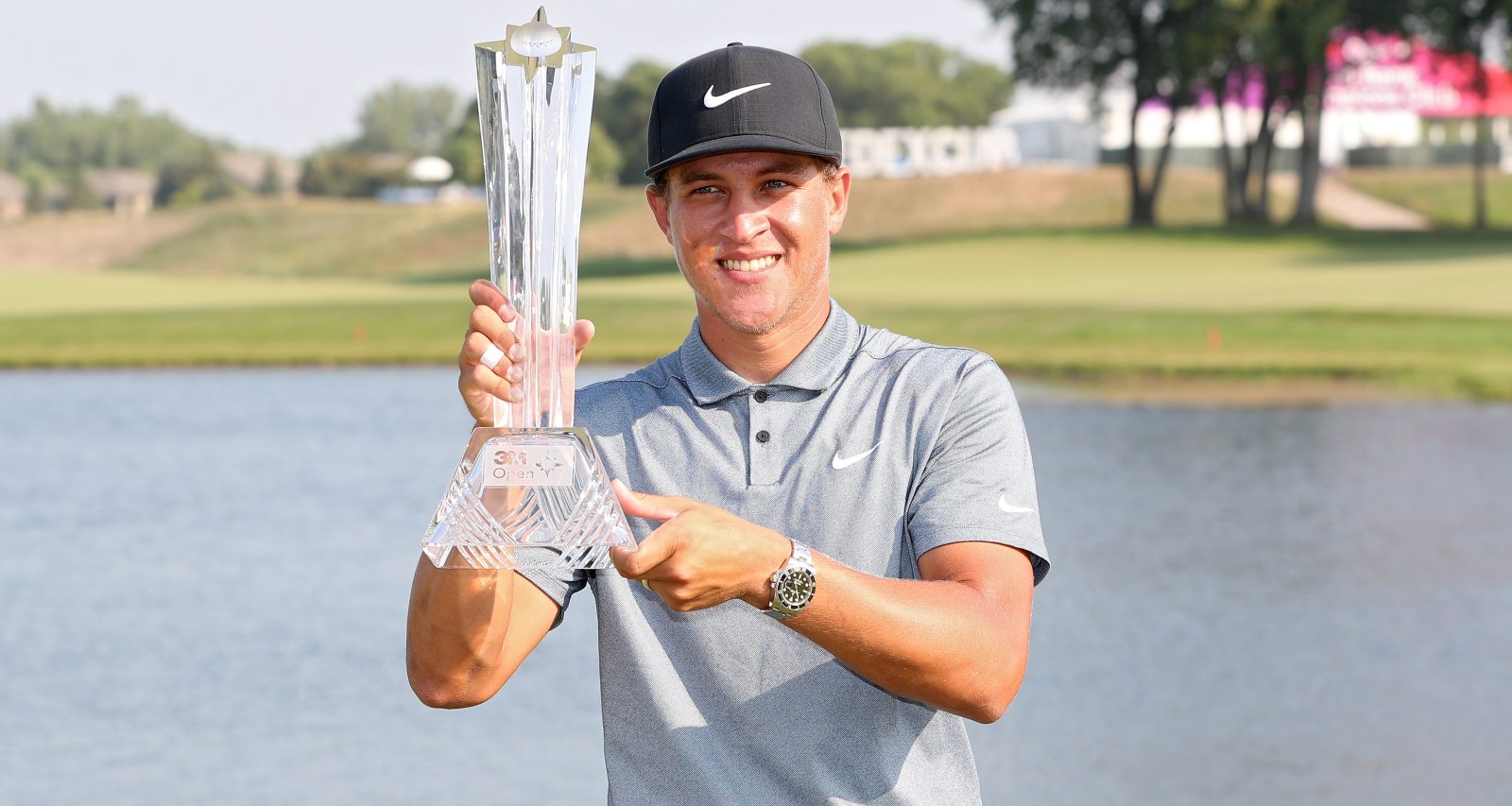 Cameron Champ poses with the trophy after winning the 3M Open at TPC Twin Cities on July 25, 2021 in Blaine, Minnesota. (Photo by David Berding/Getty Images)

Cameron Champ ended his recent slump with a phenomenal win at the 3M Open, joining the growing league of under-28 players to win in the recent seasons of the tour. Champ is a newlywed, and it takes only a glance at his glove to know his wife is Jessica Birdsong. Champ and Birdsong were barely settling into married life as the young PGA star began the season, and pretty soon, golf watchers noticed his head was not in the game. By his own admission, his thoughts were drifting to his girlfriend-turned-wife. Champ found his biggest supporter in Birdsong, whose encouragement helped him strike a work-home balance in time to bag a title. It provokes curiosity about who Cameron Champ’s wife is. We reveal those details and more in Jessica Birdsong’s wiki.

Jessica Birdsong was born was on April 24, 1995, and hails from Pearland, Texas. She is one of two children to Micah Birdsong and Dawn Lazar Birdsong.

Jessica and brother Colten Birdsong’s mother, Dawn, is a licensed realtor in Pearland. Their father, Micah, has been in the home building and remodeling business for over four decades.

Jessica Birdsong has limited activity on social media. From what she has shared, we learn that she adores animals.

She earned her associate’s degree in animal sciences from Blinn College in 2018. It’s unclear if she is pursuing a career in the field.

Jessica has raised and donated funds towards animal rescue groups in her hometown. Most recently, she shared that she owns a Friesian horse from the Netherlands.

Cameron Champ made his relationship with Jessica Birdsong Instagram official in December 2018. The following year, he announced that they were engaged.

The golfer and his fiancée tied the knot in November 2020 at the Houston Oaks Chapel. But Champ wouldn’t announce their marriage until December 2.

The young PGA star experienced some struggles earlier in the season when he says he had trouble managing his priorities between golf and home life. He reached a point where he decided he had to strike a better balance between the sport and being a good husband, much to Jessica’s joy, and it showed in his improving game. To symbolize the balance he’s found, Champ has Jessica’s name as well as his grandfather, Mack “Pops” Champ’s names on his glove.