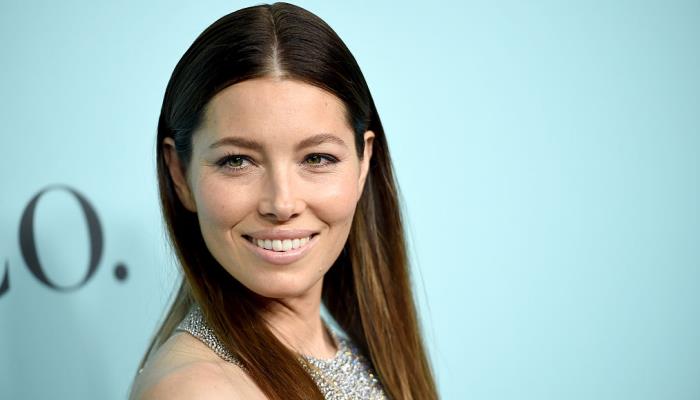 Jessica Biel and hubby Justin Timberlake are enjoying their parenthood to their son Silas Randall. Timberlake told Extras on Monday, “He’s a year and a half … [We] want him to stay that size.” The couple welcomed their first child last April and were asked if they considered expanding their family. With a laugh, Timberlake replied, “I’m having a lot of fun practicing.” Although they may not have another child right away, Jessica Biel and Justin Timberlake are happy to learn as much as they can about parenting. Justin Timberlake has made a name for himself in the music world, and Biel is doing great in her career as an actress! It seems this celebrity couple has it all, and despite the fame, they still maintain class and keep their little family of three as their top priority. For more information about the beautiful and talented Jessica Biel, keep reading our Jessica Biel wiki.

Jessica Claire Timberlake (nee Biel) was born on March 3, 1982, in Ely, Minnesota. She began her career as a vocalist, making appearances in various music productions. Her debut in television began in 1996 when she was cast as Mary Camden in the family drama series 7th Heaven.

In January 2007, Biel entered a relationship with the ex-lead singer of ‘90s pop band NSYNC. They were engaged in December 2011 and married on October 19, 2012, in Italy. The have been inseparable since! Timberlake continued a solo music career and often sings of his love for her. The couple has one son, Silas Randall Timberlake.

Regram @jessicabiel M.I.L.F. Alert!!!! Happy Mother's Day to this AMAZING MOM AND WIFE. And, to all of the Mother's out there… You keep the World turning!! Hope every single one of you has an amazing day! –JT

20 years ago today, we met the Camdens!!! A very grateful thank you on my blog! Link in bio!

Can we just talk about all the hair? I mean… #7thheaven #memories #oldschool

Biel won three other awards: the Newport Beach Film Festival Outstanding Achievement in Filmmaking Acting for The Illusionist in 2006, the Gala Awards Rising-Star Award in 2007, and the GLSEN Respect Awards’ Inspiration Award in 2015.

According to Celebrity Net Worth, Jessica Biel’s net worth is $18.0 million, but paired with her husband’s $230.0 million, the couple have a combined net worth of $248.0 million.

Whether the couple plans to have another child soon or later, we sure love seeing them happy! Check out our latest post on Timberlake here!