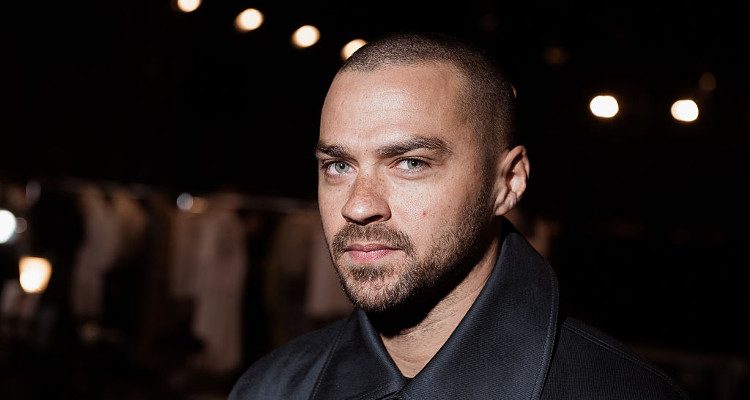 It was revealed that Grey’s Anatomy actor, Jesse Williams filed for divorce from his wife, Aryn Drake-Lee. The reason wasn’t immediately revealed, which led to a little speculation and people wondering if Jesse Williams had a girlfriend behind his wife’s back.

Grey’s Anatomy fans were shocked to learn that Jesse Williams (a.k.a. Dr. Jackson Avery) filed for divorce from his wife, Aryn Drake-Lee. All seemed well between the couple, and no one expected the marriage to end. It has led people to wonder about the reason behind their sudden split. Of course, when a celebrity divorce hits the news, cheating speculations can’t be far behind. The rumor mill is abuzz with claims that Williams had an affair with an actress. Here’s the lowdown on who people believe is Jesse Williams’ girlfriend.

Williams and Drake-Lee were married for five years and knew each other long before he was famous. Drake-Lee isn’t a celebrity, but works as a real estate broker, and is quite successful at it! The couple have two children together; three-year-old Sadie and almost-two-year-old, Maceo. She’s a notoriously private person, who rarely shared the spotlight with her now ex-husband.

He’s known to have heaped praises on his wife at award shows and in interviews. While Jackson Avery’s on-screen relationship with April Kepner was turbulent, Jesse Williams’ off-screen love with his wife was considered #CoupleGoals.

Reports revealed that they filed for divorce a while ago citing irreconcilable differences. The couple was last seen together at the launch of their “Ebroji” app in 2016. But speculation has it that the two were separated at that time. So, coming together for their joint venture confirms the fact that Williams and his wife have separated amicably. They have also requested joint custody of both their children.

Jesse Williams intended to keep their separation a secret, but it somehow got out. The couple has yet to comment on the news, which has led to fans drawing conclusions of their own. So now, Jesse Williams is embroiled in a cheating scandal.

The rumors are stating that the 35-year-old reportedly had an affair and a woman, who is said to be Minka Kelly. You know, the actress from Almost Human, Friday Night Lights, and Charlie’s Angels? She played Jackie Kennedy in 2013’s, The Butler and she became famous for her role in The Roommate.

A source told the media that he spotted Williams and Kelly on a date in Paris. The time coincides with what each of them posted on Instagram. Did Jesse Williams cheat on his wife? That can’t really be said. They could be working on a project together. Of course, the credibility of the source should also be questioned. So, take this affair rumor with a grain of salt!

Why are Fans Happy about Jesse Williams’ Divorce?

Fans usually aren’t happy when their favorite celebrities start having relationship troubles. But in the case of Jesse Williams, it seems fans aren’t shedding too many tears over the couple’s split. Well, not to be mean to Aryn Drake-Lee, but a lot of people have been crushing on the Grey’s Anatomy heartthrob, and it looks like they couldn’t be any happier that Jesse Williams is back on the market!

His fans are reacting hilariously to his divorce on social media. Here’s some of the best Internet reactions to Jesse Williams’ divorce:

#2. Bring out the party poppers.

#3. When you hear he’s getting divorced because he has a girlfriend.

*Logs onto twitter. Reads why Jesse Williams and Shea Moisture are trending.* pic.twitter.com/Lyeeb6Q1we

#4. Someone knock that casserole out of her hand!

. @iJesseWilliams dm your address so I can bring you a casserole to get you through this dark time.

#5. Rihanna and Minka Kelly! The competition is tough.

#6. Jesse getting showered with love now.

My mom so wrong about this Jesse Williams divorce ? pic.twitter.com/07S8V429ZN

#9. Somebody get her updated about the competition.

Word on the street is Jesse Williams fina be single again…. pic.twitter.com/HfoNPGuNhP

Jesse Williams is getting divorced? pic.twitter.com/94wZpHKX6T