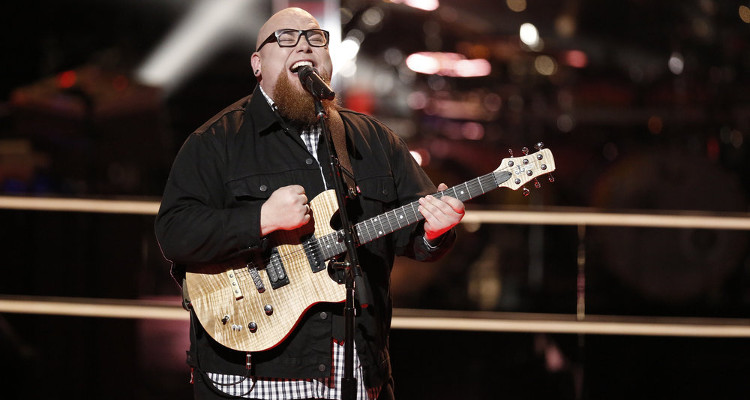 Jesse Larson will be performing in the Knockout Rounds on The Voice. The Knockouts Part 3 will air on Monday, April 10. Here is what you need to know about Jesse Larson from The Voice.

Since the premiere of The Voice, our Mondays (and Tuesdays) have become much more exciting and fun. As we inch closer to the finale of The Voice season 12, we have learned a lot more about the contestants. Jesse Larson on The Voice has the potential to win the show. Keep reading for more details about Jesse Larson’s wiki.

Jesse Larson is from Minneapolis

I feel so fortunate to have had the opportunity to play with the extremely talented Judith Hill! She is an amazing artist and matches that with class and kindness.

Jesse Larson was born in Minneapolis, Minnesota. According to his bio on NBC, his biggest musical influence was his father. When his father passed away, Jesse considered quitting music. But then he got a call to audition for Prince. After multiple interviews, Jesse finally had the opportunity to play for Judith Hill, whom Prince was producing. Unfortunately, as a result of Prince’s untimely death, the tour was canceled, but Jesse was motivated to get back into music.

Also Read: Malik Davage Wiki: Everything You Need to Know about “The Voice” Contestant

Jesse Larson is a Part of the Band MPLS

Jesse Larson is the lead guitarist and vocalist for MPLS. He had the privilege to share the stage with some very talented artists like Eric Roberson, Darnell Davis, Devine Collection, Root City Band, and Robert Robinson. Jesse is a self-taught musician and has taken inspiration from many artists like Stevie Wonder, B.B. King, and Donnie Hathaway. Other members of MPLS include vocalist Ashley Commodore, rhythm guitarist and vocalist David Glen, keyboardist David Billingsly, emcee Beeph, keyboardist Rob Coleman, and drummer Brandon Commodore.

Jesse Larson on The Voice 2017

I just want to say thank you again to everyone! What a wonderful outpouring of love and support. All I can say is wow, I mean #adamlevine and #johnlegend!? Never in my wildest dreams. Humbled and honored. #thevoice #voicebattles #teamadam #teamjesse

For the Blind Auditions on The Voice, Jesse Larson sang and played the guitar to “Jealous Guy,” by John Lennon in honor of his late father. Adam was so impressed with Jesse’s sound that Adam Levine turned his chair around before Jesse hit the chorus. Adam was stunned that no other judge turned around, but was pleased that he got Jesse on Team Adam.

Once Jesse finished singing, Adam said, “I don’t care whatever the reason is, there is no one without ears should not have turned around.” He further added to Jesse, “your playing is ridiculous, but the way you sing and the way you play, it is one of the coolest things I have ever heard in my life.” Alicia Keys that Jesse’s voice was next level and jokingly added that she did not turn around because she did not want Adam to lose a potential team member.

Also Read: Enid Ortiz Wiki: Everything You Need to Know about “The Voice” Contestant

Battle Round Between Jesse Larson and Taylor Alexander

That moment when you realize, yep Adam Levine sure did just say your name… On to the knockout rounds starting next Monday. Can't wait to start the next chapter of this adventure. #nbcthevoice #thevoice #voicebattles #teamadam #teamjesse

For the Battle Rounds, Adam’s put Jesse Larson and Taylor Alexander together to perform “Shameless” by Billy Joel. Both contestants had the chance to work on their vocals with their coach and his celebrity advisor John Legend. Jesse Larson was the winner of the Battle Round, and Gwen Stefani agreed. After making his decision, Adam told Jesse, “music kind of effortlessly flows out of you” and said that he is a contestant who “share[s] their joy for making music.” Despite giving the round to Taylor, Blake Shelton did not use a steal for him, ending Taylor’s run on The Voice.

Jesse Larson will be performing in the Knockout Rounds next week. Watch The Voice on Mondays and Tuesdays at 8:00 p.m. EST on NBC.