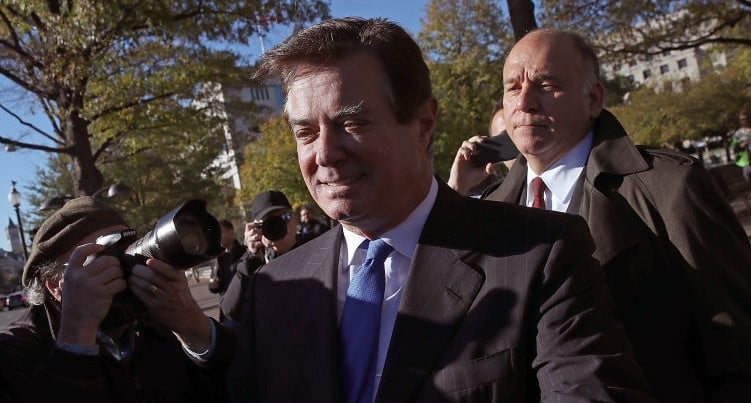 Paul Manafort is all over the news today, as it has been confirmed that he will be indicted for crimes of conspiracy and money laundering, among other charges. Manafort, along with his longtime business partner Rick Gates, are both being charged with 12 separate criminal counts; conspiracy against the United States, conspiracy to launder money, unregistered agent of a foreign principal, false and misleading Foreign Agents Registration Act (FARA) statements, false statements, and seven counts of failure to file reports of foreign bank and financial accounts.

Paul Manafort was Donald Trump’s right-hand-man at one point in his career, and as many have already formed their own opinion on Trump’s ties with Russia and possible collusion regarding his run for presidency, Manafort remained one to watch due to his own shady business dealings and foreign political ties. The problem was, it was not so easy to prove. However, now that his indictment has been confirmed, it seems President Trump is washing his hands of Manafort, maintaining that today’s announcement of his indictment has nothing to do with his campaign or campaign activity.

What Does This Have to Do with Paul Manafort’s Daughter, Jess?

Hackers allegedly struck gold when they got hold of messages in Jess’s phone and made public a conversation between her and her sister. The texts allegedly reveal many things, like how her father received millions for “work” in Ukraine or how he wasn’t happy about Jessica’s relationship with her husband, Jeff. According to the texts between Jess and her sister, Paul Manafort and his wife could not go through a “public divorce” because he had “too many skeletons” and “his work and payment in Ukraine is legally questionable.” In the texts, Jess reportedly refers to her father as a man with “no moral or legal compass.” She also wrote texts to her sister saying that all that money he had was “blood money” for the work he did in Ukraine. Allegedly, the texts speak about the incidents of revolt, deaths, and public outrage that occurred about a year ago.

Many are turning their eyes to Jessica and her leaked text messages, especially now that her father’s been indicted. The government is alleging that Paul Manafort moved at least $75.0 million to offshore accounts without declaring the income to the government.

As for Manafort? He apparently welcomes the opportunity to confront the charges in court, but he will not be making a statement until he has had a chance to review the indictment in full with his legal team. He has asked for privacy for himself and his family at this time.