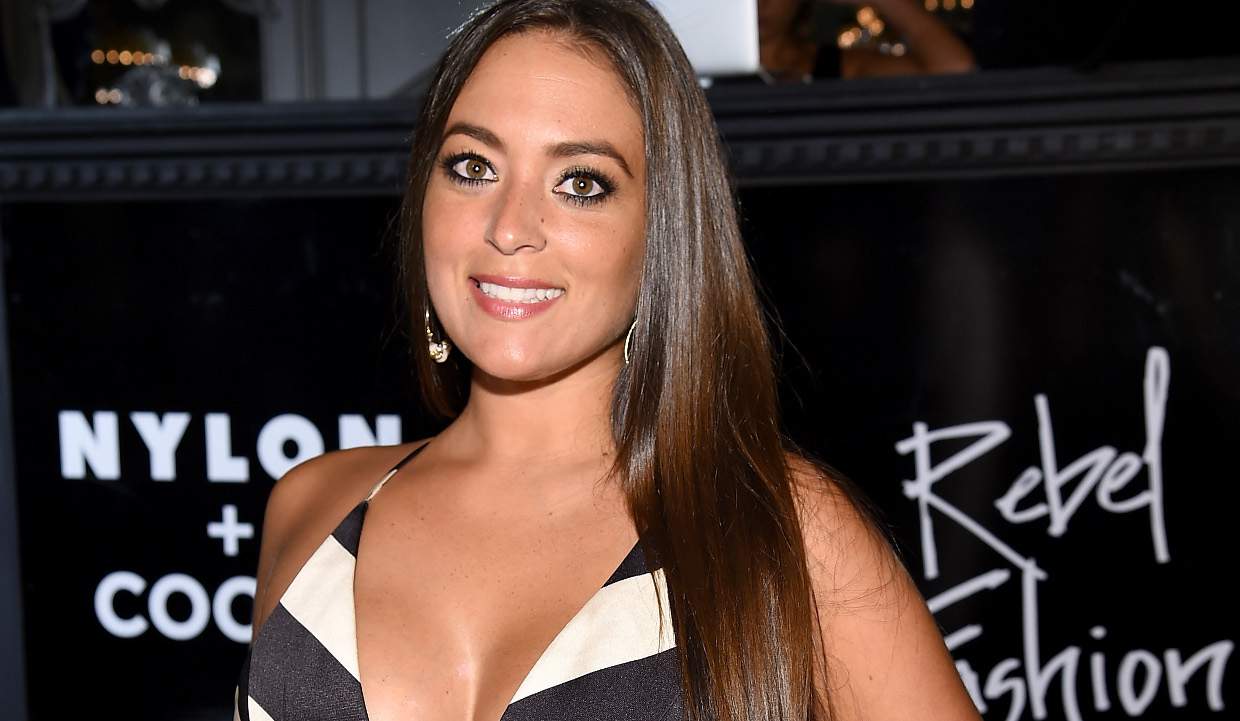 The wait is almost over, folks! The crazy gang from the hit reality TV series, Jersey Shore, will light up our screens on April 5, 2018. MTV released the official trailer for the show yesterday, and fans are super excited! While it was great to see all our favorite Jersey Shore meatballs reuniting, Sammi Giancola was visibly missing from the show! Why was Sammi not on Jersey Shore Family Vacation? We’ve got the scoop for you here!

“Jers-days” will never be the same again! The all-new Jersey Shore Family Vacation will soon be here as Snooki and our favorite group of guidos take over our TV screens once again.

Fans loved seeing the Jersey gang after a hiatus of almost six years, but many want to know why Sammi is MIA. Where is Sammi Giancola now? And why isn’t she returning with the rest of the crew?

Who Is Sammi Giancola?

If you’re new to Jersey Shore, you’ll definitely want to know who Sammi is.

Before finding fame on Jersey Shore, Sammi “Sweetheart” Giancola was known for her artistic and athletic skills. She played soccer at Raritan High School and also competed in track and softball.

Sammi studied at William Paterson University, where she earned a degree in sociology. She was also a midfielder on the women’s soccer team in college.

When Jersey Shore premiered in 2009, Sammi was one of the eight original cast members. As the show became extremely popular, she reportedly earned about $80,000 per episode in the sixth and final season. She was a staple of the show as she and Ronnie became known for their dramatics. (You’ve never seen a love/hate relationship like theirs, trust us.) But the two of them together was ratings gold and the epics meltdowns and the endless drama between these two is what kept many viewers hooked on this show!

But when the show finally ended, it seemed Sammi fell off the map. She made appearances here and there, but never fully returned to the screen after Jersey Shore officially ended. However, she did make an appearance on her co-stars’ spinoff show, Snooki & JWoww. Sammi endorsed fragrance lines called “Dangerous” and “Dangerous Desires” in 2011, but other than that, she’s kept a low profile.

Why Is Sammi Not on Jersey Shore Family Vacation?

The last time we saw Sammi with her Jersey Shore castmates was on the August 2017 road trip special.

According to sources, Sammi will not be a part of the reunion series because she doesn’t want to be on the show with her ex-boyfriend, Ronnie Ortiz-Magro!

Again, this doesn’t come as much of a shock as fans will remember the explosive relationship Sammi and Ronnie shared, and then their tumultuous breakup in 2014.

But according to reports, Sammi is now dating a new man named Christian Biscardi.

“She’s happy in her current relationship, and she didn’t want to be disrespectful of that,” a source told E! News.

Jersey Shore’s Snooki also confirmed the news in a podcast in December 2017 and said, “Everyone’s asking why Sammi’s not doing it. You have to ask her that—I’m not gonna speak for her. But Sammi is just in such a happy place that I feel like she doesn’t want to jump back into that drama if it does happen.”

“And being that there was a lot of Ron and Sam drama when we did film, it was just really hard on both of them. So, I just think she doesn’t want that anymore,” explained Snooki, adding that she was still trying to convince Sammi to come on the show.

Also Read: What Happened to the Guy Who Punched Snooki on “Jersey Shore?”

Where Is Sammi Now?

In 2013, Sammi started her own clothing line called Sweetheart Styles, and she became a co-host on a podcast called Just Sayin’ in 2015.

But more importantly, Sammi has seemingly found love with Biscardi! She loves posting pictures of the two of them together. (Their relationship certainly looks less drama-filled than that of her and Ron’s!)

You can head over to Sammi Giancola’s Instagram to see more of what the Jersey Shore star is doing today.

Jersey Shore’s 2018 version will be called Jersey Shore Family Vacation. And if the trailer is anything to go by, it promises all of the craziness that fans rememeber and love!

Here’s the trailer in case you missed it. Let the fist pumping begin!