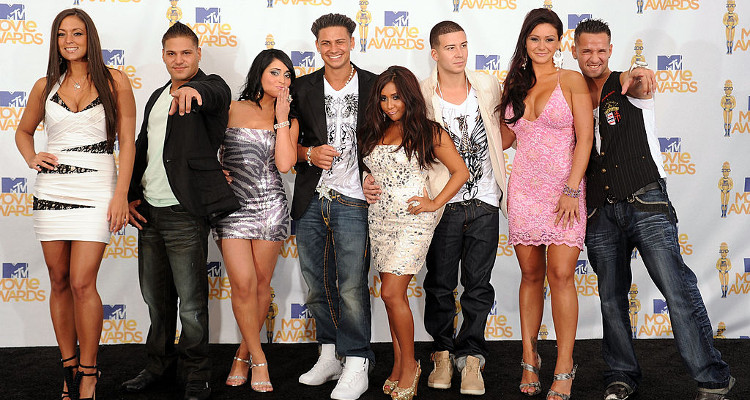 With its very first episode back in December 2009, Jersey Shore had people glued to their screens. Even today their names make fans nostalgic. Let’s take a look at where the Jersey Shore cast is now.

Ronnie from Jersey Shore has been all over the news recently because of his break up with Khloe Kardashian’s best friend, Malika Haqq. Post Jersey Shore, he appeared in Famously Single and Xenadrine ads.

Vinny from Jersey Shore captured a spot on the Cooking Channel with his mother in Vinny & Ma Eat America. He also has a talk show of his own on MTV called The Show with Vinny.

Sammi from Jersey Shore was the topic of hot gossip after her breakup with Ronnie. Fortunately, she took it well and strived forward. In 2013, she launched her own clothing line called Sweetheart Styles. In 2015, she co-hosted a podcast called Just Sayin. Recently, she started dating Christian Biscardi.

Pauly from Jersey Shore released a single called “Did You Know” in 2016. He recently broke up with Aubrey O’Day, whom he met on Famously Single. Since the show ended, he and his ex, Amanda Markert, had a daughter named Amabella Sophia.

Jenni from Jersey Shore won the seventh season of Worst Cooks in America: Celebrity Edition in 2015. She also starred in The Mint, which she was also the executive producer of. She married Roger Mathews that same year, and they have two children: a daughter named Meilani Alexandra, and a son named Grayson Valor.

Mike from Jersey Shore recently appeared alongside Kendra Wilkinson and Farah Abraham on Marriage Boot Camp Reality Stars: Family Edition. On the show, he admitted that he and his current girlfriend, Lauren Pesce, are trying to have a baby and a marriage proposal might soon follow.

The entire cast of Jersey Shore reunited in July 2017 for a Burger King commercial. Thanks to this, the Internet was flooded with rumors of their reunion. Since then, it was confirmed that a Jersey Shore reunion would be scheduled to premiere on August 20. Fans were overjoyed at the special, and we are happy to see that even after all the drama that went down on the show, the cast are as close as ever!