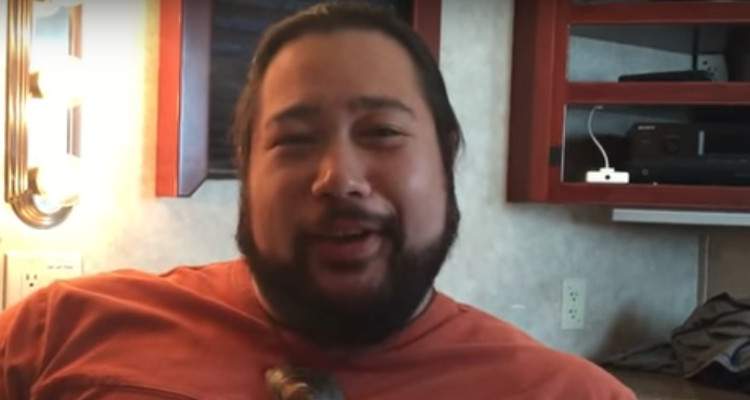 Viewers have taken a liking to actor Cooper Andrews who plays the role of Jerry on The Walking Dead, as he provides some much-appreciated comic relief for fans. He is a multi-talented artist who can act, do stunts, and choreograph fights sequences, as well. He has acted in several TV series and films and even directed a film named The Promotion, in 2011. Andrews is Samoan and is thrilled to have received an opportunity to work with The Walking Dead cast.

The Walking Dead is one of the scariest series on television and the general mood on the show is often pretty grim. One of the characters who bring in some much needed comedic relief is Jerry, played by Cooper Andrews, who first appeared in the seventh season of the long-running series. The Walking Dead is an American post-apocalyptic horror television series that is based on the comic book series of the same name. It is aired on AMC. The series is currently in its eighth season and is based on the events of the All Out War arc in the original comic series, where Rick Grimes (Andrew Lincoln) and Negan’s (Jeffrey Dean Morgan) allies go to war against each other. People are curious to know more about Jerry from The Walking Dead, so we bring you some details from Cooper Andrews’ wiki.

Working Behind the Scenes

Born in the Smithtown neighborhood of Long Island, New York, on March 10, 1985, Cooper Andrews’ age is 32. Cooper Andrews’ weight is 308 pounds, and he has a height of close to six feet and two inches! Andrews is not just an actor; he also works in the sound and camera department of the TV series, as well. Earlier in the series, Andrews worked behind the scenes of the hit show and admitted that working with The Walking Dead cast was a dream come true. Andrews has spoken about his experience of working with them and saying, “I’ve gone to work with a few of the people, but I’ll say this about working with Lennie (James) and Melissa (McBride), that was super awesome for me because, one, Melissa, before she was … I think this is known, but she used to be a casting director, and I used to read for her all the time.”

Hans Grubering at #Dragoncon Thanks for making me the #nerdherd shirt @bubblebini !!!

According to Andrews, “She [Melissa] is the sweetest person. She left, and I didn’t know where she went, then I saw the first season of The Walking Dead. I’m like, ‘Oh, there she is!’ I was a boom operator for ten years, and I worked on the second unit for Walking Dead, and for other productions. I saw her there one day, and we just talked and chatted. I was like, ‘Man; I would love to work with her without having to stick a microphone in her face.’ Getting to have that was awesome. And getting to work with Lennie James is freaking nuts for me.”

Two days and three nights of #Dragoncon and I had to tap out haha. I had a lot of fun hanging out with so many old friends and new! @j_terzieff my next drink is in honor of you! #theLAND SWEET SHIRT from @creativepartees

Before appearing on The Walking Dead, Andrews worked on several other shows and films such as Halt and Catch Fire, Limitless, Assassinmas XVII, The Red Road, Hawaii-Five-O, and Billy Lynn’s Long Halftime Walk. Andrews also worked as a stuntman and fight choreographer on several projects like The Little Death. He made his acting debut in the 2006 film, Death of Seasons and showed his versatile talent by making his directorial debut with the film The Promotion, in 2011.

I think my hair changed color… hard to see from this angle. #theLAND

There is not much information about Cooper Andrews’ family, but he does have a younger sister. Even though Andrews works mostly in America, Cooper Andrews’ ethnicity is Samoan. Andrews explains “I’m Samoan or half-Samoan, but I don’t know a whole lot of the Samoan culture. I was raised by my mom; I was raised Jewish. I’m one of the very few Samoan Jews in the world, which is funny. She’s in the Peace Corps, and that’s where she met my dad, but I never knew my dad. I was raised by my mom, who is a New York Jew.” Cooper Andrews’ nationality is listed as American, and he is originally from Atlanta, Georgia. Jerry is one of the very few light-hearted characters in The Walking Dead and Andrews is making a big impact on the viewers with his talent both on-screen and off-screen.

Also Read:  Lennie James from “The Walking Dead:” Wiki, Wife, Net Worth, and Everything You Need to Know