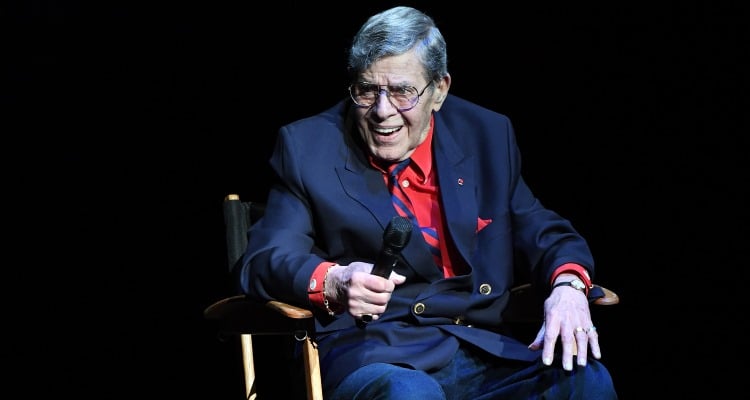 With an incredibly awkward interview in his wake, Jerry Lewis has hit the news again. We take a look at the life and career of this American icon.

90-year-old Jerry Lewis has been making the news due to a particularly cranky interview he gave to the Hollywood Reporter. The Jerry Lewis interview 2016 is terrible. Even the Hollywood Reporter called it “the most awkward interview of 2016” and they are the people who conducted the interview! But let’s be honest here and in his defense, he is 90 years old! At Jerry Lewis’s age, he has every right to be cranky! He’s survived film hits and box office bombs, he’s made good money, and he made one of the most talked about movies that has yet to been seen. So, if Jerry Lewis wants to yell at the kids to get off his front lawn, we should let him.

But there are a number of people from the younger generations who have no idea who Lewis is beyond this new cranky-pants interview. That’s where we come in. Below you will find a brief Jerry Lewis wiki, covering everything including Lewis’s wife, his kids, his movies and just how much the man might be worth.

Jerry Lewis was born Joseph Levitch on March 16, 1926, in Newark, New Jersey. His father, Daniel worked as a vaudeville entertainer and emcee. His mother, Rachel was a piano player for a local radio station. Jerry’s dad performed under the name Danny Lewis and after trying a few variations (including Joe E. Lewis and Joey Lewis), Jerry went with the stage name Jerry Lewis, when he became a comedian.

In 1945, Jerry Lewis would meet singer, Dean Martin. The two men would quickly team up and become a popular duo on the club circuit in New York. Their popularity grew to incredible heights, where they gained a radio show (that ran from 1943 to 1953) and multiple films. They had an incredibly unique feel to their act that combined not only Jerry’s slapstick style comedy and Martin’s crooning, but also the obvious fun the two men had with one another. They were buddies and it was easy for the audience to see that. But as with many partnerships, problems started to appear and finally the duo broke up on July 25, 1956, ten years after their partnership began. They would have a few brief public reunions, including one for Martin’s birthday performance in 1989.

After his split with Martin, Lewis would go on to create his own films. Most notable of these would be The Bellboy, The Nutty Professor, and The Disorderly Orderly. It would be during this period that Lewis would develop a style of shooting film that gave him the option of watching a quick playback of the film that was just shot. This made it easier for Lewis to complete films on time and on budget, as opposed to having to do multiple re-shoots. Between 1957 and 1970, Lewis made many films that would have varying degrees of success, but in 1972 he made a film that would become a Hollywood legend. 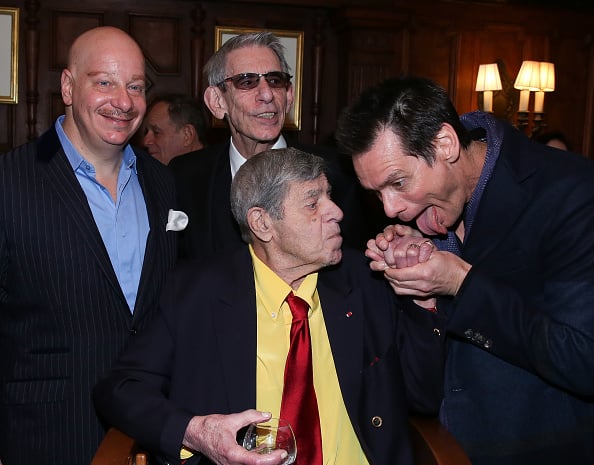 The Day the Clown Cried was a film written and directed by Jerry Lewis about a clown in a Jewish concentration camp during World War II. The film was never publicly released and legend has it that only one or two copies of the film exist, one of which is supposedly in Jerry Lewis’s possession, and that he isn’t letting the film out of his sight.

His skills as a filmmaker also lead to Lewis teaching directing at the University of Northern California, where his students included future box office champions, Steven Spielberg and George Lucas.

Jerry Lewis has been married twice, the first time to Pattie Palmer, a singer. That marriage lasted from 1944 to 1980. Jerry Lewis’ children, Gary Lewis (of Gary Lewis and the Playboys), Ronnie, Scott, Christopher, Anthony, and Joseph are from that first marriage. Joseph, unfortunately, passed away from an overdose in 2009. Jerry Lewis was married a second time in 1983 to SanDee Pitnick. They adopted a daughter, Danielle.

Jerry Lewis’s lasting legacy might be his work with Muscular Dystrophy. Lewis would host telethons to help raise funds for help those afflicted by the disease and work towards a cure. He hosted these telethons every Labour Day weekend from 1966 to 2010. Lewis’ work helped raise over 2.6 billion dollars over that time.

Jerry Lewis has been working in the entertainment industry for many years. Between the Jerry Lewis’ movies, television work, investments, and the Jerry Lewis Tour (which he is in the process of undertaking), how much is the man actually worth? According to various sources, Jerry Lewis has a net worth of $50.0 million! That’s certainly a pretty good foundation for living out your golden years, if you ask us!