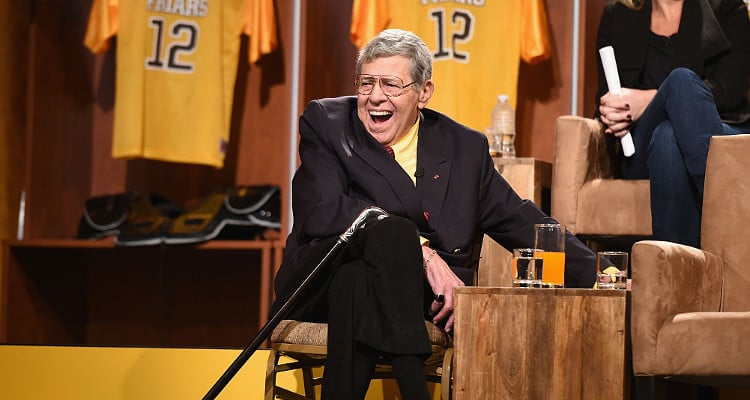 Jerry Lewis was one of the biggest movie stars in the 1950s and 1960s with his unique form of comedy. He also acted in several dramatic movies, showing his versatility as an actor. With a net worth of $50.0 million and a legacy that inspired several generations of comedians, Jerry Lewis lived a full life.

The death of veteran actor and comedian Jerry Lewis has unleashed a wave of nostalgia in Hollywood. He was a prominent part of Hollywood for the last six decades, and one of its most famous artists. Right from his days with singer Dean Martin to his solo career, Lewis was a major part of Hollywood. His comedic ability was his greatest strength, though he acted in several serious ventures, as well. He was a star on every medium that he explored from the stage to radio, television, and films. His body of work has influenced several generations of actors and comedians. So, just how rich was Jerry Lewis? We will tell you about Jerry Lewis’ net worth and more right here.

A Passion to Entertain

Jerry Lewis was a prolific actor and acted in many movies throughout his long career, spanning more than six decades. Some of Jerry Lewis’ movies include Sailor Beware, Jumping Jacks, Money from Home, 3 Ring Circus, Artists and Models, and Hollywood or Bust. He also appeared in some 1950s classics like Rock-a-Bye-Baby, The Geisha Boy, and Don’t Give Up the Ship. Lewis later turned his attention to directing and producing films, several of which he starred in, including The Family Jewels, Boeing Boeing, Three on a Couch, and The Big Mouth. Thanks to his long career in the entertainment industry, Jerry Lewis’ net worth was a wholesome $50.0 million.

Jerry Lewis’ wives were Patti Palmer and then SanDee Pitnick. With Palmer, Lewis had six sons: Gary, Ronald, Scott, Christopher, Anthony, and Joseph, who died of a narcotics overdose on October 24, 2009. Gary Lewis earned fame in the 1960s with his pop band, Gary Lewis & The Playboys. Palmer was a singer, and her marriage to Lewis ended in September 1980. He got married for a second time on February 13, 1983, to a 32-year-old dancer from Las Vegas named SanDee Pitnick, in Key Biscayne, Florida. The couple adopted a girl in March 1992, named Danielle Sarah Lewis.

Death of an Icon

Though Jerry Lewis’ death was reported to be of natural causes, his health was of concern for some time now. He had several heart attacks over the years, and this was one reason why he stopped working. In fact, in an October 6, 2016, interview with Inside Edition, Lewis revealed that he was afraid of dying, as it would leave his wife and daughter alone. Lewis died in his Las Vegas home at 9:15 a.m. on August 20, 2017, at the age of 91. His was a life lived heartily and his legacy will live on.