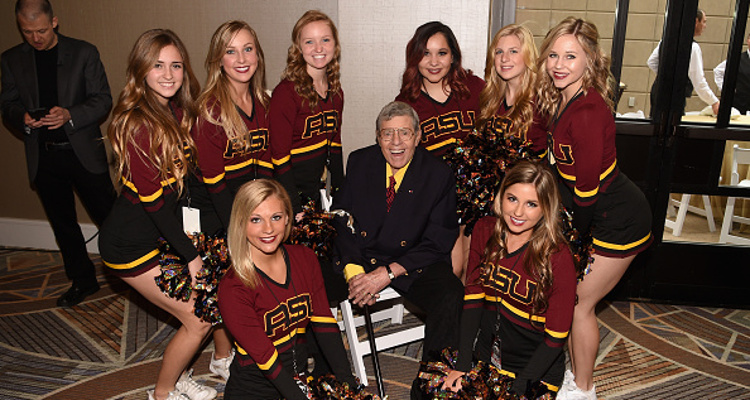 Jerry Lewis was a man who made everyone laugh, and now has everyone in tears. The colorful life of Jerry Lewis was always an allure to his fans, and he would make sure to give them what they want. With a family the size of a sports team, he was a fun loving personality with a flair for making people laugh. His death last night has made today a sad one in Hollywood. Learn more about Jerry Lewis’ children right here.

Jerry Lewis once said “I’ve had great success being a total idiot,” and the world wishes they got more from Hollywood’s one-of-a-kind comedian. His family and kids must have had a great time with Lewis’ wit. How may children did Jerry Lewis have? Here’s everything you need to know about the comedic superstar’s seven children.

Raising Half a Dozen Children

Jerry Lewis was a savvy actor who could lighten up even the darkest room. He was famous for his antics with Dean Martin, and being The Nutty Professor back in the ’60s. He became known as a ladies man and was associated with lots of femme fatal-types including the glittering Marilyn Monroe. 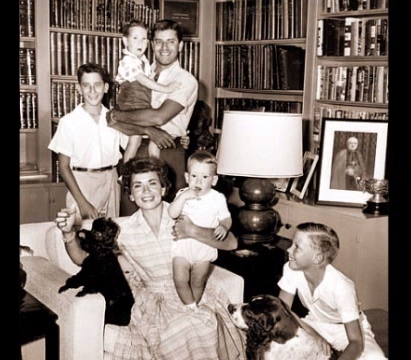 Lewis and Palmer divorced 36 years after tying the knot, in September 1980, citing that he showed “open disregard” for their marriage and the kids. She sought out $450,000 for herself and their youngest son, Joseph, who was 16 at the time. Though the details about their settlements are a little blurry, Palmer made it clear that she wanted to be out of his life and was tired of his playboy image.

Not too long after their divorce, Lewis met SanDee Pitnick. She was a 30-year-old former stewardess, and Lewis immediately fell for her. He reportedly gave Pitnick gifts while still married to Palmer, and was one of the reasons his first wife filed for separation. 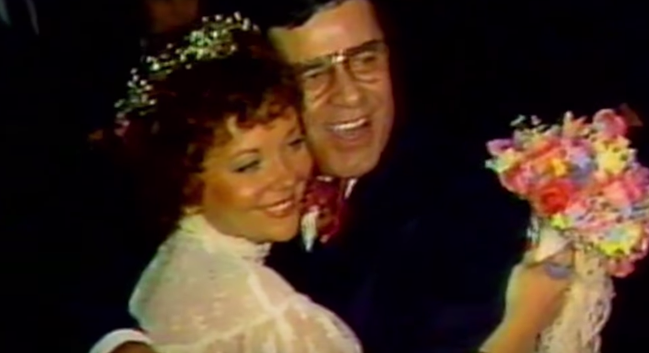 In 1983, Lewis married Pitnick in a private ceremony in Florida. The traditional Jewish ceremony took place on February 13, 1983 when Jerry was 52. After years of trying and after two miscarriages, Lewis and Pitnick decided to adopt. Jerry was sure he wanted a girl this time, and the couple adopted Danielle Sarah Lewis, who was born on March, 23, 1992.

Who Is the Rumored Eighth Child?

Jerry was at the height of his career and found himself surrounded by women. This was when he is speculated to have met model Lynn Dixon. He was 23 at the time, and was still married to Patti Palmer, and was raising Gary Lewis. But he and Dixon reportedly had a three-year affair, with him allegedly proposing to her, which didn’t go through as he couldn’t get a divorce from Palmer. Dixon gave birth to a girl, Suzan, in 1952, when Lewis was promoting an upcoming film. Milton Berle, a fellow actor and comedian who knew both Dixon and Lewis reportedly went to the hospital shortly after Suzan’s birth. But afterwards, the couple went their separate ways, and Suzan grew up with a nightclub owner, Hy Uchitel as her father. When she learned who her father was, she was hurt that Lewis didn’t acknowledge her as his own.

She has two sons with her ex-husband, Francois Minoret. Their marriage fell apart and, in the process, Suzan reportedly became anorexic and her in-laws attempted to admit her into a mental hospital. In 2008, Suzan lived on the streets of Philadelphia, and reportedly found shelter in cardboard boxes on Roosevelt Boulevard. The journey of Suzan’s star-studded childhood, which had her close to people like Lisa Minnelli, took a sharp turn. After being told that Jerry Lewis was her biological father, things only damped for Suzan, as the actor never acknowledged her as his child. In 2008, a DNA test with samples provided by Suzan and Gary Lewis showed an 88.77% chance that they shared a father.