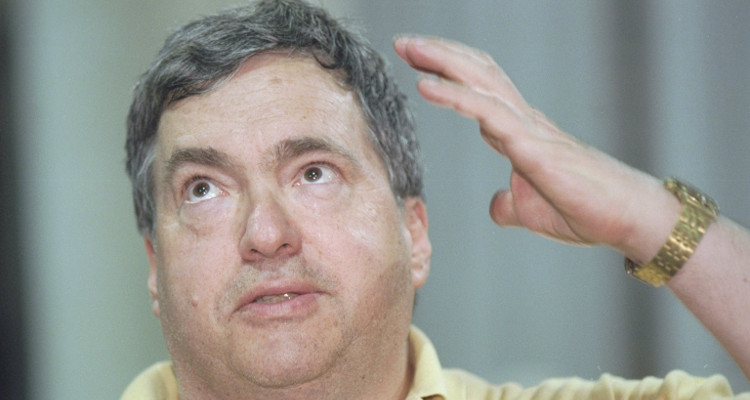 Chicago Bulls fans were devastated to learn that the NBA team’s former general manager, Jerry Krause passed away on Tuesday (March 21). He was 77 years old.

Basketball has lost yet another gem who was taken too early. Jerry Krause, the professional scout and manager of the Baltimore Bullets and the Chicago Bulls, died yesterday at the age of 77. The Chicago, Illinois native made history as the architect of the illustrious Bulls’ dynasty in the 1990s, and was responsible for the phenomenal success of Michael Jordan. Despite never having played or coached basketball himself, Krause single-handedly scouted legendary basketball players like Scottie Pippen, Dennis Rodman, Charles Oakley and Ron Harper, among others. To remember his legacy and accolades in light of his untimely passing, here are three facts to know about Jerry Krause’s wiki, including his family, net worth, and cause of death. Read on to find out more about how Jerry Krause died.

There is no doubt that Krause was one of the key contributors behind the Chicago Bulls’ six NBA championship victories in the ‘90s. While the exact nature of Jerry Krause’s cause of death is unknown, his retirement from the general manager position in 2003 involved health problems related to the “rigors and stress of the job.” After Jerry Krause died on Tuesday (March 21), the Bulls chairman, Jerry Reinsdorf, released the following statement: “The entire Bulls organization is deeply saddened by the passing of Jerry Krause. Jerry was one of the hardest working guys I have ever been around, and he was one of the best talent evaluators ever. Jerry played an integral role in our run of six championships in eight years. He truly was the architect of all our great teams in the ’90s.”

Reinsdorf continued, “I would not have been elected to the Naismith Memorial Basketball Hall of Fame if it were not for Jerry. We will miss him tremendously, and we send our thoughts and prayers to his wife Thelma and the Krause family.”

#2. Michael Jordan and Jerry Krause Had a Love-Hate Relationship

Krause was named NBA Executive of the Year twice, but he was still blamed for the disintegration of the Chicago Bulls dynasty he had worked so hard to build. Legendary basketball star, Michael Jordan and Jerry Krause had a famous feud and the latter’s statements on the 14-time NBA All-Star read: “He never came to me and asked for other players. He never came to me and asked me to draft a player. He never came to me to ask me to trade for a player. Never once did that happen. Part of it was he thought he was so darn good he could win without them, I’m sure of that, he would say, ‘That’s nuts, I’ll win without them. I don’t care.’” After famously announcing “Crumbs and I, we keep our distance,’’ in an interview with Sports Illustrated, Michael Jordan expressed his condolences for Jerry Krause’s death saying, “Jerry was a key figure in the Bulls’ dynasty and meant so much to the Bulls, White Sox and city of Chicago. My heart goes out to his wife, Thelma, his family and friends.”

MJ on Krause's passing: "Jerry was a key figure in the Chicago Bulls dynasty of the 1990s and meant so much to the Bulls, the White Sox and the entire city of Chicago." "My heartfelt condolences go out to his wife, Thelma, his family and friends." #NT #niketalk #rip #jerrykrause #michaeljordan

Jerry Krause will go definitely go down as one of the best and most memorable managers of any NBA team in basketball history. Jerry Krause’s wiki boasts an impressive resume, spearheading the success of the Chicago Bulls as Michael Jordan and Phil Jackson reached their elite status. During his long tenure, Krause made many major moves in the franchise, which included drafting Scottie Pippen, trading Charles Oakley to the Knicks, and hiring Phil Jackson.

After kicking off his basketball career as a scout for the Baltimore Bullets, Krause worked for the Phoenix Suns, the L.A. Lakers, and the Chicago Bulls in the 1970s, before making the switch to pro-baseball scouting. Subsequently, he was approached by Chicago Bulls owner, Jerry Reinsdorf to take up the prestigious position of General Manager, which no doubt spiked Jerry Krause’s net worth. The rest, as they say, is history and in light of his untimely passing, our hearts go out to Jerry Krause’s family.