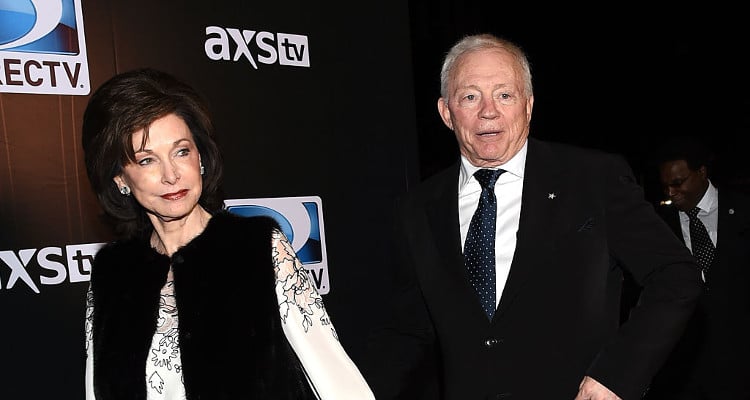 Eugenia Jones might be known for marrying a billionaire, but she is a strong advocate of getting involved in philanthropic activities. She is the wife of businessman and Dallas Cowboys owner, Jerry Jones, and she is a patron of performing arts. Eugenia and Jerry Jones have been married for more than five decades and are still going strong. We’ve got all you need to know about her, right here.

Born in 1944 in the United States, Eugenia Jones’ age is 73. There is not much information about her early life nor are there details about her educational background, except that she was interested in social service from a young age. She got married to businessman Jerry Jones on January 19, 1963, and they have been together ever since. According to sources, they have had a happy married life, and love to spend time with their three children.

Keeping It in the Family

Eugenia Jones has three children from her marriage with Jerry: Stephen, Charlotte, and Jerry Jones Jr. Stephen is the CEO and executive vice-president of the Dallas Cowboys’ player personnel, while Charlotte is the team’s executive vice-president and chief brand officer. Jerry Jr. is the chief sales and marketing officer of the team. Considering the fact that their father owns the team, it looks like running the Dallas Cowboys has pretty much become a family affair! There is no information about Eugenia Jones’ net worth, but her husband ‘s net worth is a huge $5.2 billion! However, Eugenia uses her wealth carefully and pragmatically to help causes that are near and dear to her, like the performing arts.

She Has a Kind Heart

Eugenia Jones worked as a member of the Board of Directors for the AT&T Center for Performing Arts and the Texas Cultural Trust Board. She also played a major role in the creation of the Dallas Cowboys Art Collection at the AT&T stadium. Eugenia was also a co-chairman of the Meadows School of the Arts. Not many people know that she also donated to a trust fund that helps needy medical students. With all these philanthropic activities to help the less fortunate, it is no surprise that Eugene Jones is admired and respected by those who know her, and whose lives she’s helped.

Eugenia’s marriage to Jerry has been going strong for over five decades and has weathered several storms. In 2014, two photos of Jerry enjoying the company of younger girls, later revealed to be strippers, were leaked and had people buzzing. He spoke to the media and said that the photos were misrepresented by a third party. There was no public reaction from his wife about this incident, and their marriage does not seem to be affected by this bad press. As the Dallas Cowboys continue their winning ways, Eugenia Jones is working hard to support her family and make this world a better place.