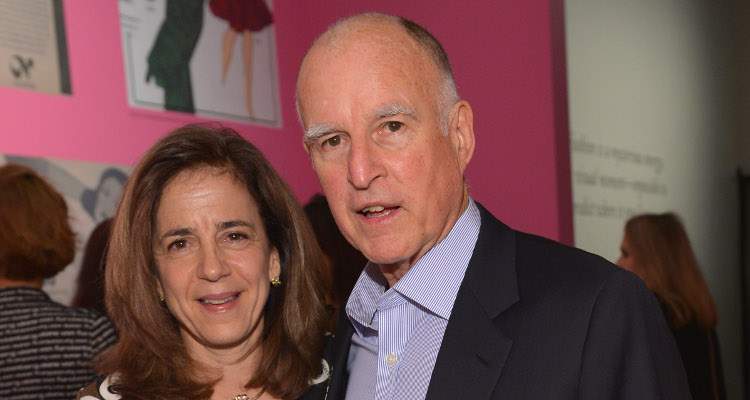 The world is shocked at the devastation caused by the fires across California. Firefighters worked hard to control the raging fires over the weekend. California Governor Jerry Brown is doing his part by leading his state towards renewable energy resources, and even taking the fight to President Trump. Jerry Brown’s wife, Anne Gust, has been a big influence on Brown in his political career, and all eyes are on the power couple as California faces its worst crisis in years.

California Governor Jerry Brown wants President Trump to take a deeper look at climate change after fires destroyed thousands of acres of land across the state, killing everything in its path.

In an interview with CBS’s 60 Minutes, Governor Brown said that those who don’t care about the climate have a “reckless disregard for the truth and for the existential consequences that can be unleashed.”

Jerry Brown’s wife, Anne Gust, has an impressive resumé as a top lawyer and accomplished business leader. The New York Times referred to her as Brown’s top aide. Find out all you need to know about California’s First Lady in our Anne Gust wiki.

Born on March 15, 1958, in Bloomfield Hills, Michigan, Anne Gust’s age is 59. She graduated with a degree in political science from Stanford University and then went on to pursue law at the University of Michigan Law School.

After graduating from law school, Gust began working at Gap Inc. in 1991, and within three years, rose to become senior vice president and general counsel in 1994. In her long career at the retail clothing company, she worked in various top positions until 2005.

Jerry Brown and Anne Gust met at a party in 1990. At the time, Brown was the chairman of the California Democratic Party.

The couple got married in June 2005, in a ceremony officiated by Senator Dianne Feinstein.

They had a big wedding with almost 600 guests, and Gust wore a custom dress specially arranged by Brown. They now live in Oakland, California.

Jerry Brown and Anne Gust adopted two dogs, Sutter and Colusa, during their time in office. Their Welsh corgi, Sutter was nicknamed the “First Dog of the State of California” in 2011!

Sutter is back in fine form for Halloween!! pic.twitter.com/O25jF6oGpg

Gust also shares Governor Brown’s goals, and together, the couple are pushing towards a better future for California. Gust often posts about Brown’s fight for protecting the environment on Twitter.

Gust went on to play a significant role as her husband’s special counsel, as Brown’s confidante and a top aide ,and less of a traditional First Lady, according to an article published by The New York Times in 2013.

From consulting about the state’s criminal justice system to helping sort out the legal and political ramifications of new legislative bills, Gust does it all.

“I figure out what needs additional hands and do that,” she said.

Even as California reels from the destruction caused by the infernos, Governor Jerry Brown is glad to have his wife’s help as he battles the current crisis.

The #SoCalFires are a terrible tragedy. But our first responders are doing a good job & their response is truly a joint effort. The winds are still here. Listen to what officials are saying — get alerts on your phone & be ready to go. pic.twitter.com/gylES5KsDt

Our thoughts and prayers are with everyone who lost loved ones and homes in this tragedy. We are thankful for the brave firefighters who continue to work hard to get the fires under control.