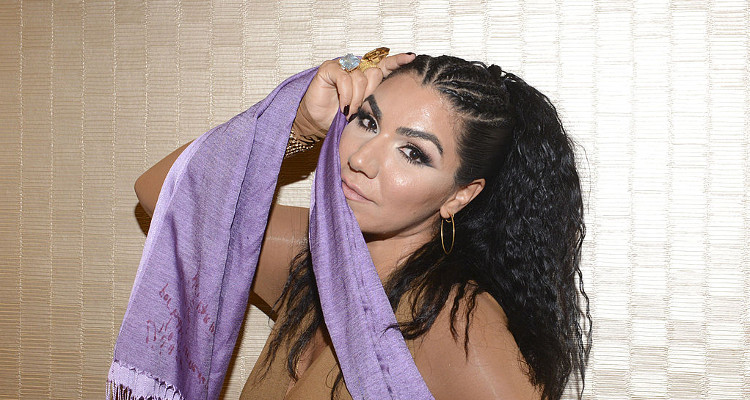 With a hit show and a baby boy in her arms, reality star Asa Soltan Rahmati is on cloud nine. Her relationship with Jermaine Jackson II is as strong as ever, while her singing career also seems poised to take off. Rahmati has managed to carve out a fulfilling life for herself and we have some interesting facts to know about her, right here!

This year has brought so much abundance and Joy into my life. I am infinitely grateful for everything that I have been blessed with. Give Love. Get Love. Live Love. Um, and my hair is outta control long. :)) hair: @peterhairbh mua: @annahartmua #Priestess #blacksilk #GOLDENASA #staytruetoyou

Born on September 1, 1976 to an Iranian family, Asa Soltan Rahmati’s age is 40. She is an artist and entrepreneur from Venice, California who achieved fame by appearing on the reality television show, Shahs of Sunset on Bravo. The series is about a group of Persian-American friends, who live in Beverly Hills while trying balance their active social lives and careers along with the demands of their families and traditions.

A Head for Business & Art

Omg so psyched!!! Been in the booth recording my audio book. Read every single word of my book #GOLDEN for you lovers. Pub date is May 9th but you can now pre-order. Link in my bio. Can't wait for you to hear and read. Announcing book signing details soon! ?????❤️? #Excitedddddd #GOLDENasa #Priestess #asasoltan @simonandschuster @thenorthstarwaybooks #DreamComeTrue

Rahmati is also a painter, whose works can be seen in Imagining Ourselves by the International Museum of Women, in San Francisco. She also developed and launched Diamond Water, which is a high-pH alkaline bottled water. Rahmati graduated from UCLA with a double major in psychology and philosophy, before becoming a realty TV star. Her family left Iran as political refugees when she was young, and she grew up in Europe before living in Los Angeles as a teenager. She now lives in Venice, California, after splitting up with entrepreneur Shaahin Cheyene.

Asa Soltan Rahmati’s net worth is a cool $3.0 million and sure to grow as her career as an actress and singer takes off.

I'm so Grateful to be working with such an amazing and thoughtful team! Thank you to my beautiful @Nordstrom Family for sending me these stunning flowers to celebrate the publication of my book GOLDEN today. Thank you for thinking of me on this special day and making it even more special with your beautiful note and flowers. I'm such a lucky girl. ??????❤️❤️❤️? I'm wearing the most apropos @asakaftans The BALI print matches the flowers perfectly. ??❤️?? #nordstrom #kaftanlife #celebrate #GOLDENASA #Priestess #color #shinebright

Asa Soltan Rahmati stars on Shahs of Sunset with her parents and her brother, Arta. She and Jermaine Jackson II have been dating since 2010, and are proud parents of a baby boy. After his birth, Rahmati said, “Our lives have completely changed for the better. Jermaine and I brought our precious love home last night. Our families are completely overjoyed.” Asa Soltan Rahmati’s Instagram account is full of pictures of her friends, role models, inspiring quotes, and lots of delicious food. With a good man by her side and an adorable baby in her life, Rahmati’s future looks very happy and bright!