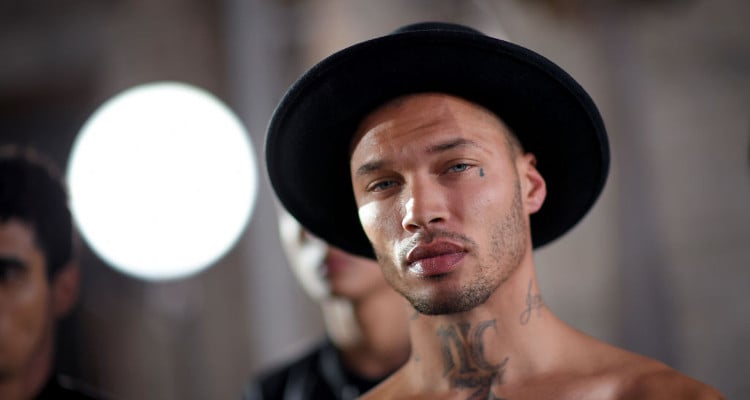 Jeremy Meeks turned into an overnight viral sensation as soon as his smoldering mugshot hit the Internet. Though he is adored by female fans everywhere, we’re sorry to inform you, he’s already taken!

Jeremy Meeks, better known as the “world’s hottest felon,” went from taking mugshots to taking high-fashion editorial photos. We hate to be the bearers of bad news, but this tattooed hunk is off the market! Grab a tissue, because Meeks is married and is also a dad. Jeremy Meeks’ wife is just as eye-catching as her husband. A well matched couple! Here’s more about her in our Melissa Meeks wiki.

Born Melissa Curl, she is as a nurse and a mother of two. Jeremy was a well-known felon, a high school dropout, and the bearer of tattoos that associated him with a notorious local gang. But when he met her, he turned over a new leaf.

Jeremy’s sister thought he had put the gang life behind him when he married Melissa, and they had a son together. But when his mugshot and arrest became viral, she realized that it wasn’t the case. His sister handled the legalities of Jeremy’s case while entertainment manager, Gina Rodriguez  —who’s clients include reality stars like Honey Boo Boo and Octomom— capitalized on Jeremy’s viral fame by sending his mother and wife on the sensationalizing news show, Inside Edition.

#2. Meeks Learned about His Fame from His Wife

It was actually Melissa who first noticed the large scale attention Jeremy was getting online. “I just visited my wife, and she said I, like, blew up all over Facebook,” said Meek. With modeling offers pouring in, Meeks had found his true calling.

Soon after he was released, he signed with a new manager and debuted at New York Fashion Week. Melissa travels with Jeremy on his various modeling gigs and they now live in a luxurious new home. Meeks also drives a very pricey Maserati! He must be doing well for himself now!

The couple are also active on Instagram and post about their kids often. While Meeks is an Internet sensation with over 997K followers, Melissa has 31K followers on her Instagram.

#3. An Agent Reached Melissa for Jeremy

Photographer and agent, Jim Jordan took notice of Meeks and decided that he had star potential. To contact the jailed felon, he had to go through his wife. Jordan emailed Melissa and established a connection. Soon, he was accompanying her to the prison where Meeks was held.

Jordan wasn’t allowed to meet Meeks, but he kept in touch with Melissa and she soon asked him to take over Rodriguez’s position and represent her husband. Melissa and Jordan discussed plans for Meeks. When he was released, Jordan followed through with his and Melissa plans, and turned Jeremy Meeks into a high-end fashion model and celebrity.