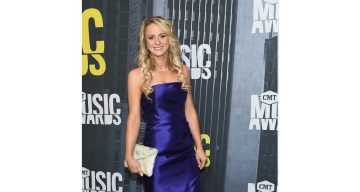 Teen Mom 2 star Leah Messer was married twice. Her second marriage was with Jeremy Calvert, which resulted in a divorce. However, viewers of the show are still curious to learn if the couple worked things out. So, are Jeremy and Leah still together?

Currently, Teen Mom 2 is in its eighth season, and a lot of drama has been brewing on the show. One of the most popular stars on the hit series is Leah Messer.

Many viewers feel that Leah is one of the more interesting people on Teen Mom 2. So, they are always intrigued to learn more about her personal life.

In case you are not aware, Leah was first married to Corey Simms. They had twin girls named Aliannah “Ali” and Aleeah.

However, their marriage didn’t work out, and the couple ended up getting a divorce.

Leah started dating Jeremy in August 2011. The pair got married on April 4, 2012, in Catlettsburg, Kentucky, after dating for almost eight months.

According to reports, their wedding was a very small and casual affair with close friends and family in attendance.

Only 15 to 20 people attended the wedding, and the mothers of both the groom and the bride served as witnesses. Leah’s twin daughters, Ali and Aleeah, were also at their ceremony.

Leah apparently suffered a miscarriage. But the pair had their first kid together, a daughter named Adalynn “Addie” Faith Calvert, on February 4, 2013.

But after just three years of blissful marriage, Jeremy filed for divorce from Leah in April 2015. Their divorce was finalized on June 8, 2015.

Leah was given the custody of their daughter. Meanwhile, Jeremy has visitation rights.

There were rumors of infidelity in their marriage, but none were confirmed. In fact, Jeremy accused Leah of cheating with her ex.

Did Jeremy and Leah Get Back Together in 2018?

It looks like viewers simply can’t get enough of the pair and are still rooting for them to get back together. There were even rumors that Jeremy and Leah have tried to make things work.

On Kail Lowry’s podcast, Coffee Convos, Leah revealed back in February that she and Jeremy thought of getting back together.

Leah said, “I guess at first maybe I considered [getting back together with Jeremy].”

“Like, ‘If we are getting along this great, why not try it again for Addie’s sake?’ But at the end of the day, we weren’t happy. We didn’t do well together but we do great as friends,” she added.

The reality star further made it clear that they are not getting back together.

Look who was waiting on me at the airport, in ‘HER’ new car. ?? @calvertmtv #soshethinks #bmw #aaa #mygirl #adalynn #faith #myfaith #missedher #soexcited

So, to answer your question, Jeremy and Leah are not back together. In fact, it looks like Jeremy has already moved on!

On April 21, Jeremy took to Instagram and posted a photo with a new girl. In the caption, he wrote, “Road trips with babe…”

The girl in the car has been identified as Desi Kibler. While there is no official news, it appears Jeremy is already in a relationship with someone else.