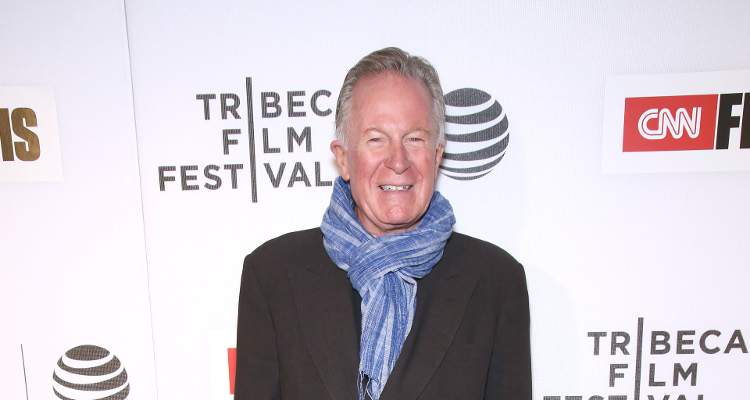 Ask a culinary connoisseur about Jeremiah Tower and the name, most likely, wouldn’t sound familiar. And yet, famous television personality Martha Stewart has described him as a “father of the American cuisine.”

The documentary, Jeremiah Tower: The Last Magnificent, directed by Lydia Tenaglia and produced by Anthony Bourdain, details the story of one of America’s greatest chefs who began his career in the 1970s at a restaurant in Berkeley, California.

So, who is Jeremiah Tower and what role did he play in the creation of American cuisine? Keep reading to know more!

Born in 1942 in Stamford, Connecticut, Jeremiah Tower’s age is 75. Jeremiah Tower’s parents were affluent and traveled extensively. His father was a managing director of a global film sound equipment company.

But Tower suffered emotionally, as his mother was an alcoholic and his father was abusive. He grew up to be a lonely man.

Tower talked about his growing years and said, “The worst experience that ever happened to me was that I wasn’t an orphan.”

As a young boy, Tower studied in eminent academic institutions in Australia, England, and America. He earned a Masters in Architecture from Harvard University, but life had other plans for him.

Tower always had a passion for food since he was a child. And, he remembers that he even learned to read menus before books!

In 1972, Tower applied at Chez Panisse in Berkeley, California, and was hired for his amazing ability to recreate traditional French food. Although he had no formal training in culinary arts, Tower soon became one of the restaurant’s partners. His brilliant skills gave rise to the culinary style known as “California Cuisine,” which Chez Panisse is famous for.

Tower improved the restaurant’s menus by incorporating seasonal, fresh, and locally sourced ingredients. From Monterey Bay prawns to Harbor Winery’s Mission del Sol, the restaurant had it all. He took full charge of the kitchen and worked on strategies to promote the restaurant.

In 1978, Tower parted ways with the restaurant after differences with the owner, Alice Waters. He worked in a string of small restaurants in California before starting his own restaurant in 1984.

Tower’s restaurant, Stars, in San Francisco, continued his run of dishing out New American cuisine. The restaurant was the springboard for American chefs like Mario Batali, Joey Altman, and others.

During this time, Tower also opened branches of his restaurant in a couple of other Californian cities, including Manila and Singapore. He also opened small cafés in Hong Kong and San Francisco and lived in various places like Manila, New York, Italy, and Mexico.

Even though the award-winning chef has earned much through his long culinary career spanning decades, Jeremiah Tower’s net worth is unknown.

After a long absence, Jeremiah Tower’s chef adventures were reignited in New York City. His next job was at a restaurant located in New York’s iconic Central Park.

In an interview with Charlie Rose, Tower and Bourdain spoke more about Tower’s life and legacy. And when he was asked about his short-lived job at Tavern on the Green, Tower explained why he took the job at the restaurant.

Tower said, “I have a fatal attraction for the slim chance. It was an adventure, a dangerous adventure, and I’m very often stupid enough to step up and take a swing at it.”

Jeremiah Tower: The Last Magnificent effectively tells the story of how the enigmatic genius of a chef continued to tower above all his culinary contemporaries.

After the documentary, there has been increased scrutiny regarding Tower’s personal life. And now, culinary fans are asking the question: Is Jeremiah Tower gay?

Tower is gay, despite rumors of an affair with Waters, owner of Chez Panisse, in the 1970s.

Tower’s relationship with Waters became controversial after Waters did not give Tower any credit for the transformation of Chez Panisse. Waters has not made an appearance in the documentary, giving rise to speculation that the contention between the two continues.

Where is Jeremiah Tower now? The great chef is staying out of the restaurant business for now but there are rumors that he may be back. Given Jeremiah Tower’s past, we don’t know what surprises the legendary chef has in store next for the culinary world!