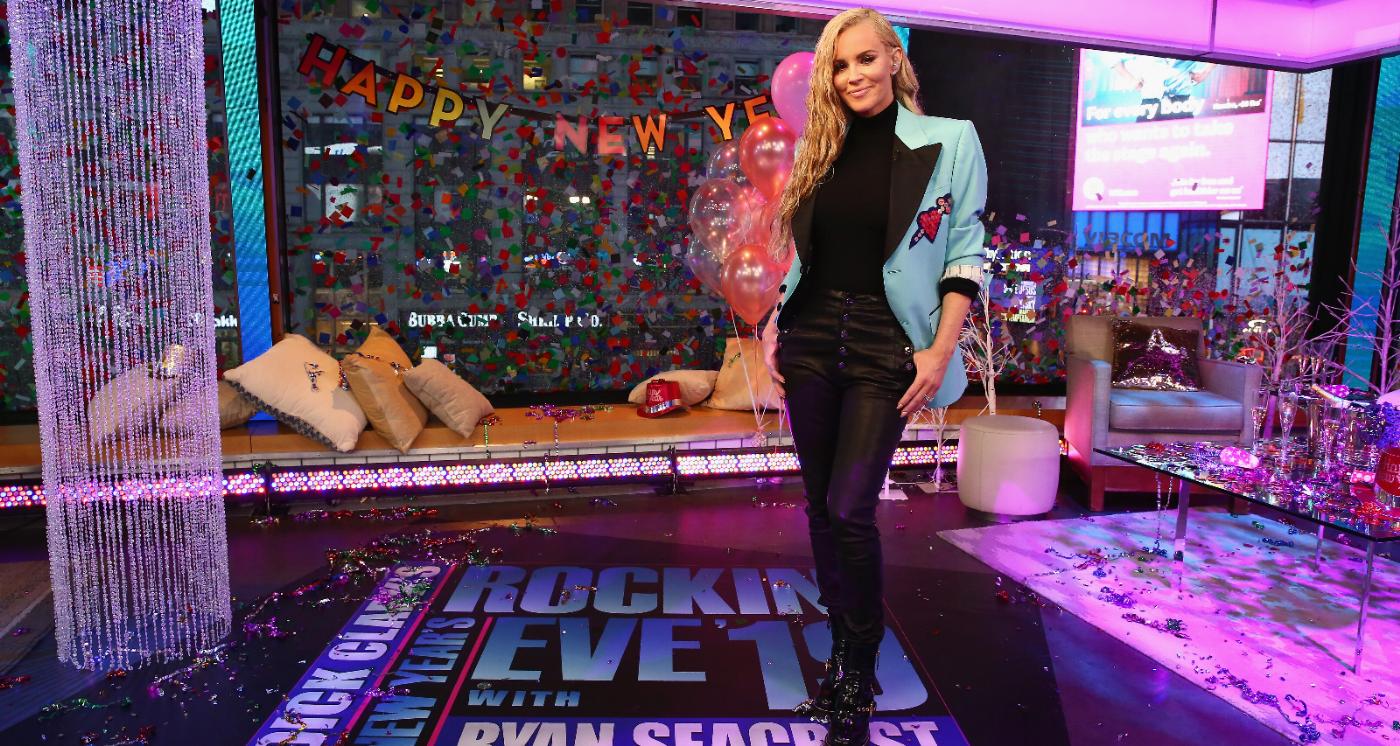 Jenny McCarthy has gone from Playboy model to TV personality, actress, author, and polarizing activist in the last 25 years. Her diverse body of work in the media industry has earned her an estimated net worth of $14.0 million in 2019. She braved the NYC rain and rang in 2019 from Times Square as a co-host of Dick Clark’s New Year’s Rockin’ Eve special. However, some of her statements and dramatic outfits got more attention than the celebrations. Despite regularly courting scandal, McCarthy remains a strong presence on TV, which only adds to her net worth.

She Started as a Playboy Model

Illinois native Jennifer Ann McCarthy was born on November 1, 1972 and is 46 years old. She’s the second of four daughters born to Linda McCarthy, a courtroom custodian, and Dan McCarthy, a steel mill foreman. Melissa McCarthy, one of the highest paid actresses of 2018, is her cousin.

Jenny McCarthy made her foray into the spotlight in 1993 through Playboy. She was named Playmate of the Month for October 1993.

Her rising Playmate status brought her to Los Angeles, where she hosted a music video show on Playboy TV. That led to her landing a VJ gig on MTV. Hosting the MTV dating show Singled Out earned her a salary of $500,000 in 1995.

Her success on TV prompted Playboy to give her more modeling jobs. Over the years, she has appeared on the cover of Playboy multiple times and continues a long-standing association with the publication.

She Found Success on TV

McCarthy’s had limited success at a Hollywood acting career despite appearing in blockbusters like Scream 3 and Scary Movie 3. However, she’s had a thriving career as a TV host.

She launched a MTV sketch comedy series, The Jenny McCarthy Show, in 1997. That led to NBC signing her on for the eponymous sitcom, Jenny.

She has also appeared in Stacked, Charmed, The Drew Carey Show, Two and a Half Men, among others.

Since 2011, she has rung in the New Year live from Times Square as a correspondent on Dick Clark’s New Year’s Rockin’ Eve special.

Rehearsing with @ryanseacrest for @rockineve Tune into @abcnetwork at 8 pm EST. Hope you join us!❤️

McCarthy joined the panel on The View as a co-host in 2013 after appearing as a guest on the show 17 times. After one season as host, ABC decided not to renew her contract for another season. But, she denied she was fired.

McCarthy’s co-hosts, Ryan Seacrest from New Year’s Rockin’ Eve and Whoopi Goldberg from The View, are among the top-billed hosts on TV, with substantial salaries. Seacrest reportedly gets paid $1.0 million for the New Year’s gig. It’s possible that McCarthy commands a sizable paycheck for hosting, too.

She also branched out by hosting a radio show, Dirty, Sexy, Funny with Jenny McCarthy, on SiriusXM in 2014.

Jenny McCarthy has a son, Evan Asher, with her first husband, John Asher. Evan was diagnosed with autism in 2005 and McCarthy has since been promoting awareness about autism and parenting.

Her scientifically unfounded views about vaccines causing autism (she has softened her stance in recent years) have made her a polarizing figure. However, she has become an icon for her experiences as a nude model and a parent raising a child with autism, and a lot more.

She has authored several books on her journey, many of which have gone on to become New York Times best-sellers.

Her hilarious retelling of her pregnancy experience, Belly Laughs: The Naked Truth About Pregnancy and Childbirth, is one of her best-sellers. The book earns an estimated $61,000 annually in sales on Amazon alone.

Mother Warriors: A Nation of Parents Healing Autism Against All Odds made it to No. 3 on the New York Times bestsellers list. The book rakes in around $3,800 annually on Amazon.

The model-turned-media magnate built a public persona with her unique advertising campaigns. Her ‘90s ad pictorials for the apparel company Candie’s made advertising history when she posed sitting on a toilet.

She’s also one of the many celebrity endorsers of Weight Watchers, which helped her get her post-pregnancy body into shape. She also became the spokesperson for the Nintendo Wii fitness game, Your Shape.

Also Read: What Is Dr. Phil’s Net Worth?

When she started dating Donnie Wahlberg of NKOTB fame, she found herself spending more time in New York. In 2014, shortly after they got engaged, the Geneva estate was listed for sale for $2.275 million.

After their 2014 wedding, McCarthy and Wahlberg bought a home in St. Charles, Illinois. The big move to their new house was documented in their A&E reality series, Donnie Loves Jenny.

HAUNTED! Just happened in my house! I had to look at the security tape to prove it. Ahh!!

McCarthy’s house caused quite a stir on the Internet in 2018, when she shared a security video claiming her house was haunted. Many pointed out, however, that the piano sound made by an alleged ghost was actually just her Google Home rebooting.

Here’s how Jenny McCarthy compares to other celebrities.