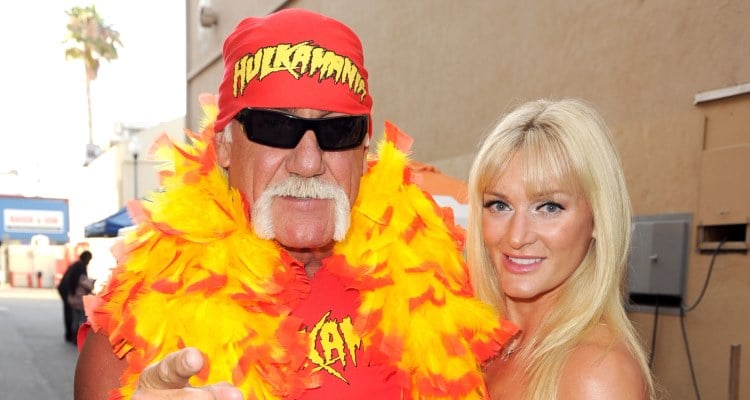 Professional wrestler Hulk Hogan is being made to eat his words after writing a tweet that has upset many women. The news has led people to ask, who is Hulk Hogan’s wife? Check out our Jennifer McDaniel wiki to find out!

Early Monday morning, Hogan deleted a tweet saying he wished he could have participated in the inaugural women’s Royal Rumble to throw them out of the ring!

“Wish I was in the Rumble I would have thrown all the girls over the top!! Lol. HH,” it read. On Sunday, Japanese pro-wrestler Asuka (Kanako Urai) won the first women’s Rumble, eliminating Niki Bella to earn the title shot. She will go against Charlotte Fair or Alexa Bliss at WrestleMania. However, the reigning moment was short-lived, as former UFC star Ronda Rousey cut into her post-match celebration to make her official WWE debut!

Hogan must have realized the way his tweet looked and chose to take it down. When news like this comes forward, fans and critics tend to look for information on family members and background. Hulk Hogan and Jennifer McDaniel, age 43, were married after Hogan’s unsettling divorce from his first wife, Linda Claridge.

But their wedding itself wasn’t without drama! According to reports, police had to be called to the reception after an altercation ensure between Ron Howard and a photographer, with the photographer allegedly screaming that he had a gun! The Hulk even tweeted about the craziness of his big day later on.

Aside from their wedding day drama, the two are still happily married today. She now shares Hogan’s family, bringing Hulk Hogan’s kids into her life, but it doesn’t look like Jennifer McDaniel has kids of her own.

Her Rise to Fame

Jennifer McDaniel is not a celebrity, but she came into a level of fame when she began dating the pro-wrestler in 2008. Paparazzi followed their relationship because she was a product of the aftermath of Hogan’s divorce, after he and Claridge were married for 26 years. Hogan and McDaniel got married in 2010, and had an intimate ceremony with close loved owns in Hogan’s backyard in Clearwater, Florida.

McDaniel was born on May 3, 1974, making her 18 years younger than Hogan–another reason for the controversy surrounding their relationship. She was, however, 35 when they got married, and he was 57. Many people consider her to be a “gold digger,” because of her decision to date such an older man, but she has proven them wrong with her loyalty and support for him over the years. In 2012, Hogan’s sex tape with another woman was leaked, and she stood by her husband. She even expressed her love and devotion to him by tattooing his birth name, Terry, on her left wrist.

Happy day after bday to my beautiful wife, we're on a roll so the party rolls on. HH