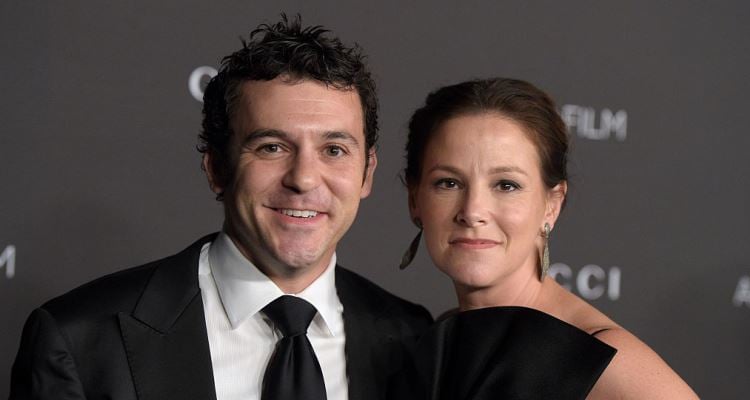 Fred Savage is best known for portraying Kevin in The Wonder Years. Now the 42-year-old is occupied with his various acting and directing projects, including the Netflix series, Friends from College. But he’s made headlines recently for the sexual misconduct allegations against him. He denied he verbally harassed female crew members on the set of The Grinder, and 20th Century Fox also didn’t find any evidence of misconduct. Now, the attention is on Savage and his wife. Our Jennifer Lynn Stone wiki sheds light on their sweet love story.

They Are Childhood Friends

Fred Savage’s real-life romance is the stuff of meet-cute movies our hopeless romantic sides want for ourselves.

Jennifer Lynn Stone, age 44, hails from Chicago and grew up with the former child star in Glencoe. But Savage moved from Chicago to Los Angeles for his acting career, and the pair lost touch.

Years later, when the actor was a Hollywood star and well-known in households as Kevin Arnold from The Wonder Years, he reconnected with his childhood love. They met again at Savage’s 22nd birthday party and eventually began dating.

“We started talking and smooching, and we’ve been together ever since,” said the actor-director in an issue of People.

In September 2003, Savage proposed to Stone during a trip to Italy with a five-carat cushion-cut sapphire surrounded by diamonds. The ring was designed by Neil Lane in Los Angeles and engraved with “I must have done something good.” It’s a line from The Sound of Music, Stone’s favorite movie.

Fred Savage was raised in Reform Judaism. And judging from the photos of their wedding, they had a Jewish wedding ceremony.

Stone walked down the aisle with a bouquet of mango-colored calla lilies. Her first dance with Savage was to Aretha Franklin’s hit song, “Baby I Love You.”

Among their unique wedding vows, Savage “promised to always bring up a glass of water to her before we go to bed, and she promised to never let me dress myself.” Now that’s a good a recipe for a solid marriage!

They Have Three Children

Savage and Stone (that has a nice showbiz ring to it) are parents to three kids. Their son, Oliver Phil Savage, was born August 5, 2006, and their daughter, Lily Aerin Savage, was born on May 3, 2008.

After keeping Stone’s third pregnancy under wraps, the family announced the arrival of their fifth member. The couple welcomed a boy they named Auggie Savage, who born on November 26, 2012.

In a promotional interview for Friends from College with The Chicago-Sun Times, the 2 Broke Girls director talked about raising his kids as Chicago Cubs fans, despite living in L.A. for most of his life.

Savage said, “While we’ve lived in L.A. for a long time, it’s very important to us to instill in our children a sense of that Chicago spirit — and we keep it alive in our house all the time. What an emotional moment that whole World Series thing was last year! We were actually watching the [Cubs] Series while we were shooting Friends From College.

He added, “Not only was I from Chicago, our cinematographer and his wife were from Chicago! [Series creator] Nick [Stoller] was so very patient. … We had a dinner table scene, and we all were on our phones, under the table — even the actors who had NO Chicago connection! We were really trying to pay attention to the scene we were shooting, but also following that final game. It was so nerve-wracking!”

At the time of their wedding, Stone was working as a commercial real estate agent. However, it’s not known if she continued with her job.

Her husband has an estimated net worth of $18.0 million, and she seems content supporting him in various ventures.

Jennifer Lynn Stone didn’t make a public comment on the sexual misconduct allegations against her husband. It appears she prefers to keep a low profile and is inactive on social media.

You can still, however, get glimpses of the Savage kids on the actor-director’s Instagram.