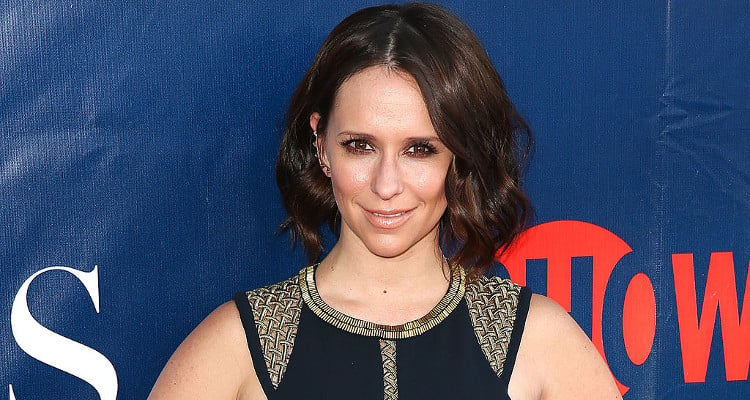 As a successful teen star, Jennifer Love Hewitt took over Hollywood in the ‘90s with shows like Party of Five and thrillers like I Know What You Did Last Summer. But where has the actress vanished to?

We were originally charmed by the teen actress when we saw her on Party of Five in the ‘90s. By the time I Know What You Did Last Summer became one of the biggest thrillers in cinematic history, we were head over heels for Jennifer Love Hewitt. With many memorable roles throughout her career, we expected to see her on screen often. But we only know what she did many summers ago, with no new projects in the past few years. Where is Jennifer Love Hewitt now? Here’s the latest update on the actress in 2017.

The Rise of Jennifer Love Hewitt

Hewitt was born and raised in Texas and had a love for music. Thanks to her lessons in ballet and tap-dancing, along with a beautiful voice, she won a talent show when she was 10. She aspired to be an actress as a child and moved to LA with her mother. She tried out for both singing and acting gigs, before landing her first on-screen role in the Disney show, Kids Incorporated, which she was on for two years.

She had minor roles in a handful of films like Munchie and Sister Act 2, before getting her big break in the teen drama, Party of Five, where she landed a starring role. Hewitt and her costar, Neve Campbell went on to star in some of the biggest horror films today —Campbell in the Scream series and Hewitt in I Know What You did Last Summer and its sequel.

Hewitt went on to star in box office successes like Can’t Hardly Wait and Heartbreakers. She was also part of the long-running CBS series, Ghost Whisperer. Her most recent work was starring in the 2013 TV series, The Client List on Lifetime and season 10 of Criminal Minds.

As she became a popular actress, Hewitt didn’t forgo her passion for music. She released her debut album, Love Songs at the age of 12. Though her subsequent albums weren’t successful, she performed a few singles for movie soundtracks.

Where is Jennifer Love Hewitt Today?

From 2014-2015, Hewitt starred as Agent Kate Callahan on Criminal Minds season 10 and her story arc made it seem like she’d be a regular fixture in the crime series. However, Callahan left at the end of the season to raise her newborn child. That was the last time we saw Hewitt on-screen.

In reality, Hewitt was pregnant in real life and decided to step out of the show to focus on motherhood. In 2012, she was dating her Client List costar, Brian Hallisay. In 2013, the couple was engaged and became pregnant with their first child. Their daughter, Autumn was born in 2013, a few months after the couple tied the knot. In 2015, their second child, Atticus was born.

Since then, the 38-year-old has been devoting most of her time to her children. She’s often seen out and about with her kids, looking divine even without makeup, and flaunting her sexy curves in everyday casuals. Once fat-shamed for her curves, people are now fawning over her glorious figure, which she showed off in The Client List.

Some are wondering if Jennifer Love Hewitt got some extra help to get those curves, namely breast implants. Hewitt denied rumors that she went under the knife for her best assets, which she joked are worth $5 million. Either way, we’d love to see her back on screen in 2017, spectacular bod and all! What do you say, folks?