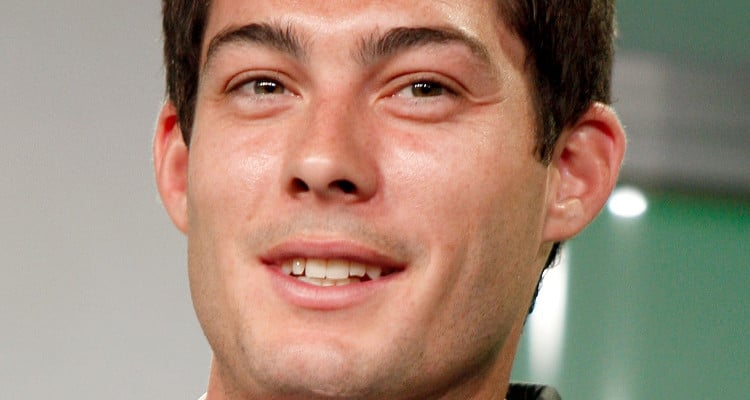 Jennifer Love Hewitt has taken a break from the camera but she’s far from out of the spotlight. The teen star who’s now an A-list actress is basking in motherhood. She’s often seen out an about, glowing sans makeup and a little child on the hip. Sometimes her husband is spotted, completing the family of four. Jennifer Love Hewitt’s husband, Brian Hallisay, is pretty well-known in Hollywood. Here’s more about Hewitt’s hubby in Brian Hallisay’s wiki.

Who is Brian Hallisay?

Hallisay was born and raised in Washington D.C. and graduated from Gonzaga College High School in 1996. He graduated from Cornell University with a degree in economics and history. Unlike Hewitt, who was drawn to music and acting from a young age, Hallisay caught the acting bug much later.

He even worked on Wall Street briefly before finding his calling as an actor. He had an almost mystification for the movie world. He left Wall Street for LA to try acting, “I was slaving away at that and I had a really good time with it, but it got to the point where I said, ‘You know, I had always dreamed about seeing what acting was all about.'” Things worked out for him and he made a name for himself in Hollywood.

Also Read: Who is Marc Daly? Facts to Know about Kenya Moore’s Husband

Not in the literal sense of the word. Hallisay made his TV debut in 2005 on one episode of Fox’s The Inside, with Rachel Nichols and Adam Baldwin. At the same time, he appeared on an episode of Lifetime’s Strong Medicine opposite Patricia Richardson.

His breakthrough role was on The CW’s comedy-drama, Privileged based on the book, How to Teach Filthy Rich Girls by Zoey Dean. He plays the wealthy love interest of JoAnna Garcia’s character who is enjoying the privileged life while tutoring two wealthy teens. Hallisay had more roles on television in shows like Without a Trace, Cold Case, Bones, Medium, Bionic Woman, Rizzoli and Isles, Body of Proof, and CSI: NY. He was also a recurring cast member on one season of Revenge.

He made his feature film debut in the direct-to-DVD movie, Bottoms Up that also starred Paris Hilton. He was also cast in the horror thrillers, Hostel III and Jessabelle.

The latest figures estimate his net worth to be around $2.0 million. On the other hand, Hewitt, who has been in the industry since she was 10 years old, has a net worth of $18.0 million.

Hallisay and Hewitt are Estranged on Screen

Brian Hallisay and Jennifer Love Hewitt’s romance began when they starred on Lifetime’s The Client List together. Hewitt played a woman who works at a spa when her husband deserts the family. To raise her children and put food on the table, she provided additional services with a regular massage.

Hallisay played said estranged husband who reappears to win his wife back. While their relationship is strained on screen, Hallisay and Hewitt are a very happy couple in real life.

The Client List wasn’t the first time the couple worked together. They first met on Love Bites. He had filmed a pilot for the NBC series which didn’t air and Hewitt had a guest appearance in the first episode.

He is Hewitt’s Mr. Right

Hewitt finally found her “Mr. Right” —as she once called Hallisay— but she went through a lot of frogs before finding her prince. Her long list of boyfriends includes Joey Lawrence, Carson Daly, John Mayer (she reportedly inspired his song “Your Body is a Wonderland”), John Cusack, Antonio Sabato Jr., and more in between. She was even engaged to Ross McCall but they called it off.

In 2012, she began dating Hallisay and they announced their engagement and that were expecting their first child. The 38-year-old proposed to Hewitt while they were vacationing in Europe during a break from their hectic schedules.

J-Love and her man got married in 2013 in a hush-hush ceremony, less than a week before she gave birth to their first child, Autumn. And her wedding dress while nine months pregnant? “I wore the only thing in my closet that fit me! Which was a really nice cotton maxi dress and that was it!” Her first media appearance since becoming a mom was on The Ellen DeGeneres Show and she told DeGeneres the then-four-month-old Autumn was a big fan of her show.

The couple’s second child, Atticus, was born in 2015. Since her marriage, Jennifer Love Hewitt has taken a break from acting and is devoting all her time to her kids. She hasn’t been on screen since 2015’s Criminal Minds. Brian Hallisay was last seen on CBS’ Code Black and ABC’s Revenge. There’s no news on any upcoming projects for either of them so far.